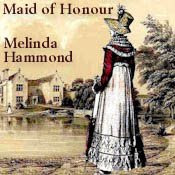 Maid of Honour is now out as an e-book! It's always exciting when a new version of a book comes out, with a brand new cover and a fresh look. It was lovely to revisit Maid of Honour after such a long break - I found myself thinking, "Wow, did I write that?" Maid of Honour moves from beautiful English countryside around Bath to the scarred landscape of Waterloo in the days following the battle. Here's a brief extract:
For a long time Lucy remained sitting on the edge of her bed, staring at the door. She wanted to cry, but the tears would not come. At last she stood up and paced the room, the motion providing some relief to her feelings. Gradually the hurt within her turned to anger, then shame. Charlotte was right: she had acted appallingly, with no thought for anyone but herself. What would Mama say when she heard that the daughter she trusted had allowed herself to be seduced? At the thought of her mother Lucy had a sudden longing to be at home, to throw herself upon her mother’s mercy, beg her forgiveness and to bury herself in the household chores, never to have to face the world again. All at once the room seemed too hot. She ran to the window and threw up the sash, breathing in the still, humid air. Her room was on the same side of the house as the dining-room and from the open windows below she could hear the faint sounds of voices and laughter. In her imagination she could see Charlotte and Dominic, their heads close together, blonde curls touching sleek black hair as they laughed together over the discomfiture of little Lucilla! She could not bear to face them or anyone in the house again. If only she could go home now, this minute. Jump on a horse and ride away. After all, if Charlotte and Dominic were engaged there was no need for her to stay. The thought came to her as the faintest whisper: why not? She had money in her purse; if she could get to Bath she could buy herself a seat on the night mail and be in Templecombe by the following evening. Lucy felt sure it would work. She would borrow Snowfire - after all, it was in part Dominic Vanderley’s fault that she was in this fix, he could not object, and she would see to it that the mare was returned when she reached Bath - no, not Bath, she decided. Once her departure was noticed they would be certain to make their first enquiries there. No, she would go to Keynsham, for had they not seen the mail-coach when they passed through the town on their way to Stock House? The heavy clouds obliterated the last of the evening sun, but she decided that once she reached Fordham and crossed the river, it would then be an easy matter to ride cross-country to reach Keynsham before dark. Anxious to waste no more time, Lucy hunted through the big cupboards until she found her riding habit. Outside, the thunder grew louder and more frequent but Lucy paid no heed: her whole attention was fixed upon flight.

Of course, this is a romance, so we know it is madness for Lucy to set out of an evening and try to cross a river when a storm is brewing - she may need to be rescued.............Melinda Hammond
Posted by Historical Romance Author at 6:16 AM

That's a lovely cover and what an intriguing extract!