Jane Austen and the Napoleonic Wars

I have just read Jenny Uglow’s brilliant new book In These Times: Living in Britain Through Napoleon’s Wars, 1793-1815 which demonstrates clearly how the war permeated everything for twenty-two long years and affected everybody – including Jane Austen’s characters  - as the country faced the urgent need for men for the armed forces, military supplies, ships, a modern transport system, efficient banking, and so on.


This post is a refutation of some critics’ assertion that Jane Austen’s novels fail to mention the Napoleonic Wars. In fact, the war is a constant, and important, background to her novels but many modern readers can no longer recognize her references to it. In These Days: Living in Britain through Napoleon’s Wars, 1793-1815 by Jenny Uglow


For example, her novels are full of officers serving in the armed forces. Take Persuasion. Apart from the hero Captain Wentworth, three other captains are mentioned, and we meet Admiral Croft as well as two other admirals, one of whom, according to Sir Walter Elliot, has ‘a face the colour of mahogany.’ There is also Mr Elliot’s friend, Colonel Wallis. This number is far in excess of what one would find in 21st century women’s fiction and it echoes the reality of the times.


Contemporary readers would have picked up other information, too. We know that Captain Wentworth is anxious to be back at sea ‘in the year ’06’ after Anne ends their engagement. He is sent to the West Indies – but why? Contemporary readers would have known that the British navy wanted to take the French West Indian island of Santo Domingo. This also gives Captain Wentworth the opportunity to capture French ‘privateers enough to be very entertaining’ - and earn himself a fortune of £25,000 (a captain was entitled to a 25% share of a ship’s value). 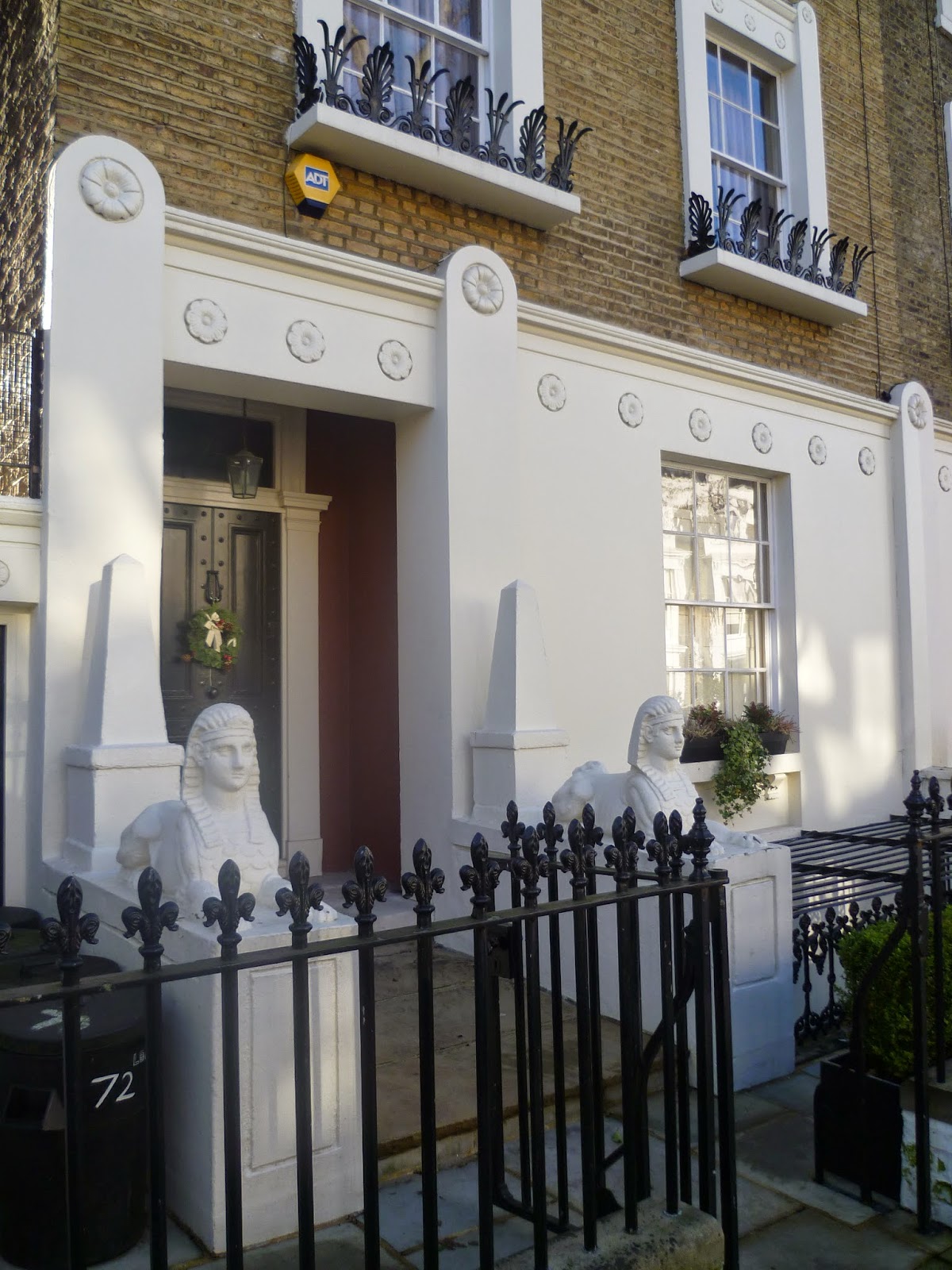 The sphinxes commemorate the Battle of Aboukir Bay, 1798, when Nelson destroyed the French navy – and Napoleon’s hopes of conquering Egypt and, eventually, India.


Pride and Prejudice features the militia, a form of National Service which acted as a front line home defence. We can see why it might be attractive to Wickham. A handsome man, looking dashing in his regimentals, can surely find an opportunity for financial advancement – like the rich Miss Mary King. As Mrs Bennet says, ‘There was a time when I liked a red coat very well myself’. Wickham takes full advantage of his red coat. 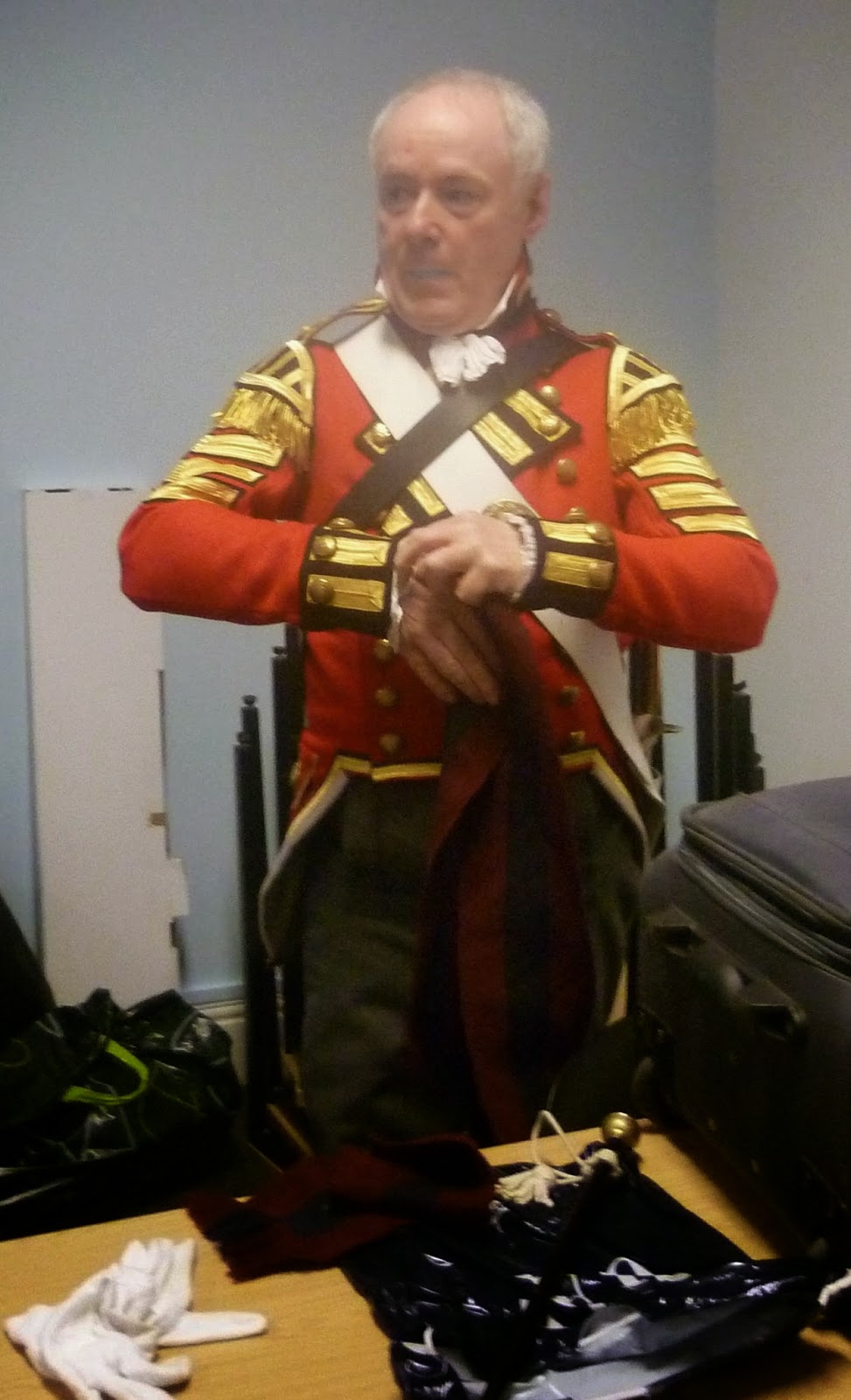 A captain of the East Kent Buffs prepares for duty.


The fact that the temporary Meryton army camp later moves to Brighton is crucial to the plot. It enables Lydia to go to Brighton with her friend, Harriet, the colonel’s wife, from whence she elopes with Wickham – thus giving Darcy the opportunity to behave as a hero should, and Lizzy to realize how much she loves him.


True to reality, the officers become part of Meryton’s social life: ‘The officers of the ­–shire were in general a very creditable, gentleman-like set.’  We meet Captain Carter; Wickham’s friend, Denny; Colonel Forster; Chamberlayne (who Lydia dresses up in women’s clothes for a joke), amongst others. The militia are in Meryton for six months only but they have an important role to play – and the reason for their presence in Brighton on the south coast, facing a possible French invasion fleet, would have been understood by contemporary readers.


Mansfield Park demonstrates that Jane Austen also knew exactly how the navy worked; two of her brothers, Frank and Charles, were in the navy and she herself had lived in Portsmouth. But nowadays, the implications of what happens when Fanny arrives in Portsmouth after many years’ absence are easily lost. She arrives with William, hoping for a few days with him before he re-joins his ship, but they are greeted by Fanny’s agitated mother: ‘Have you heard about the Thrush? She is gone out of harbour already, three days before we had any thought of it… And now you must be off to Spithead, too.’


What’s the hurry? And why Spithead? Contemporary readers, of course, would have been aware that Spithead, on the Isle of Wight, provided the best harbourage for ships’ provisioning before setting sail; and that America was eyeing up Canada, a British possession, so an alert navy was vital to protect Britain’s interests. 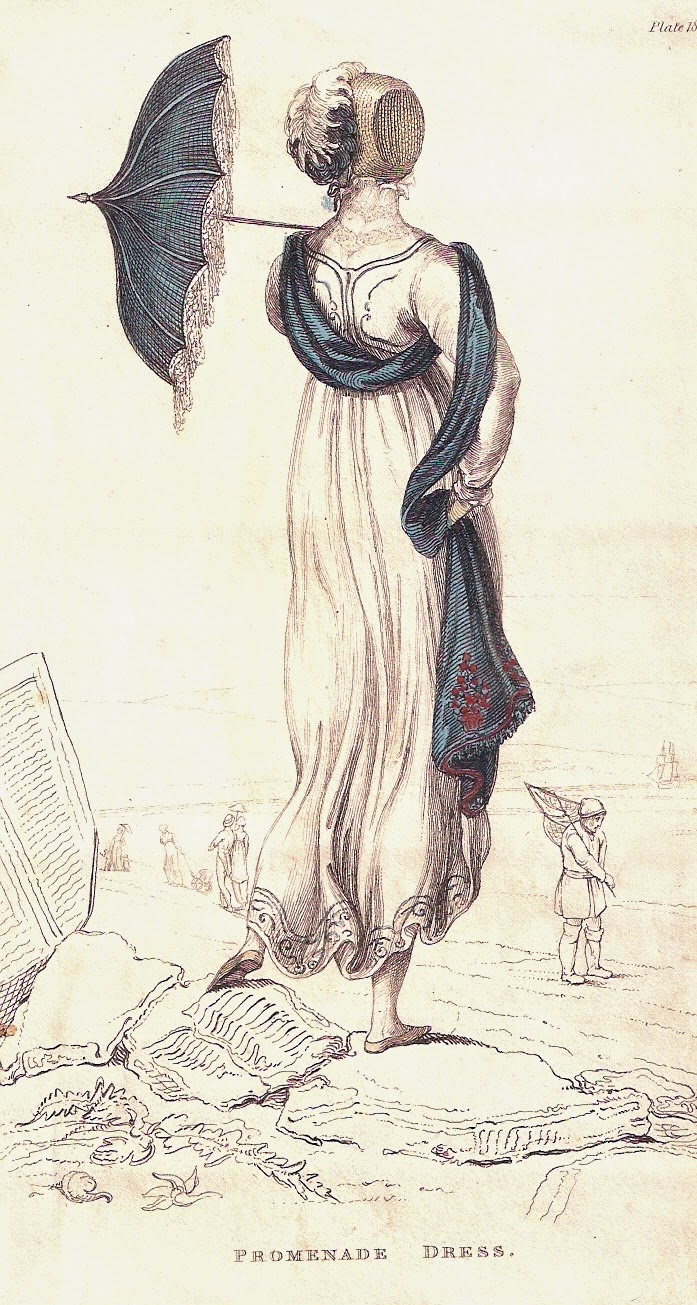 
Mr Price’s coarse speech on the naval arrangements at Spithead and the probable westward destination of the Thrush rings absolutely true. We note that the Price family is intimately involved in the war: Second Lieutenant William and Midshipman Sam Price are sailing, probably to America, on the Thrush; and their brother, Midshipman Richard Price is ‘on board an Indiaman’. Fanny has three brothers at risk.


Jane Austen doesn’t need to explain overtly what’s going on in the Napoleonic Wars. Her first readers would have recognized numerous references to its constant presence. In my view, to accuse her of a narrowness of vision is doing her a grave injustice.


Elizabeth Hawksley
Posted by Unknown at 8:58 AM

Well said, Elizabeth, a great post. I think also because the war had been going on for such a long time she didn't even think of mentioning it. War was a fact of life that everyone lived with every day and it permeated every facet of their lives. There must have been a constant worry about loved ones, too, but JA would not have wanted that to overshadow her books too much.

I do agree, Elizabeth and Melinda. Think of the last decade, here, when we've been at war in Afghanistan and Iraq. For military families, those wars were a constant background. For the wider public, they affected politics and society; and economics too, because they cost so much. But how many contemporary novels said much, or anything, about that background? They didn't, because they didn't need to -- everyone knew.

That's really interesting, Elizabeth, and puts it all into a totally different perspective - thank you, great post!

I completely agree with your viewpoint, Elizabeth-Jane is often criticised, unfairly, for 'ignoring' the wars. They are there, as you say, in subtle mentions, and I suspect she very much wished to allow her readers to think about something else! Thank you for a fabulous post!

Thank you so much Melinda, Joanna, Christina and Jane for your kind comments. It was a post I really wanted to write - in spite of its length. I felt it needed to be said.

But I must also acknowledge my debt to Jenny Uglow's terrific book 'In These Times' which set me off on the trail.

I began by thinking about 'Emma' and Lieutenant Fairfax, Jane's father, who was killed when she was three. Thanks to Jenny Uglow's book, I was able to work out that he was probably killed during the disastrous British campaign in the Netherlands - renowned for the Duke of York's incompetence. She is taken in by Colonel Campbell, her father's commanding officer, who speaks of the Lieutenant as 'an excellent officer and a most deserving young man' and I couldn't help wondering if there was, perhaps, a hint of criticism of the Duke of York in the colonel's reaction to Fairfax's untimely death.

Get professional trading signals sent to your cell phone every day.

Start following our signals today & profit up to 270% a day.