The Language of the Past 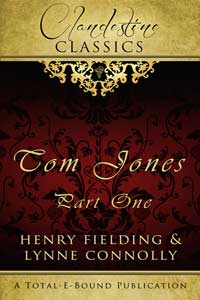 Working on “Tom Jones,” trying to write as much like Fielding as I can has made me aware of a few things more sharply than ever before.
I always try to keep my historical romances “in period,” that is, not using anachronistic words. Even if the reader doesn’t know the words, sometimes it “sounds” wrong, and jars the reader out of the story. I’ve found some strange things over the years. For instance the phrase “having sex” is twentieth century in origin! I discovered that one because something about it chimed wrong for me, so I looked it up. Before the twentieth century, “sex” meant gender, nothing else. So you can use “her sex” which would mean that thing that made her female, but not use “sex” for the act.
I learned that if it “sounds” wrong, if your inner ear stops and thinks, then it most likely is wrong, and needs a bit more research!
One of my words got through me and three editors before one picked it up. “terrorise” is another twentieth century word, although the word “terror” has been around a long time. Making a verb from a noun is a relatively recent habit, so all these are worth closer scrutiny.
Since I was writing an erotic story, I needed sex words. Don’t worry, no really naughty ones here, you’ll have to buy the book for those! But how to find the period appropriate ones? Answer; the porn, naughty literature and ephemera like journals and letters. Pepys’ diary, the poems of Lord Rochester and “Fanny Hill” helped me a lot there. Plus, they were fascinating reads. Read past the sexy bits and the accounts of day-to-day life are treasure troves for the researcher!
As is, of course, “Tom Jones.” From the foul-mouthed country gentleman Western, to the genial Allworthy, the range of characters and lives depicted are not only wonderfully vivid but varied and involving. If I hadn’t already known about the way they dressed, the food they ate and when, and how they socialised, I’d have learned from this book.
But it’s dangerous to take research from one source only, and “Tom Jones” is a vital example of this. Fielding belonged to a group of men who were, in the more modern parlance, jingoistic. They supported Britain, England really, hated the French, and the strong influence that French had on the language and customs. His friends were David Garrick and William Hogarth, both of whom get a name-check in the book. He regarded himself as a classical scholar, so the book is peppered with Latin quotations.
The group was very largely of the Country. Town was represented by the Whigs, the aristocracy, people who admired French and Italian fashions and art, and their speech was often full of quotations and phrases from both languages. Not so “Tom Jones.” If, when I’d been inserting my author bits, I’d have used French and Italian words, or even used words with a relatively modern French or Italian etymology, it wouldn’t have sounded right, wouldn’t have worked with Fielding’s more robust language and vocabulary.
Taking part in this project has been a joy, because I have learned so much. I have been researching the Georgian era since I fell in love with it at nine years old, and I’m still learning. There will always be new things to discover, new aspects of living at that time.
So does this make any difference to you as a reader, and do you really need to know all that?
Posted by lynneconnolly at 9:00 AM

It does sound fascinating, Lynne. Have you come across Erica Jong's 'Fanny'? It's a first person narrative based on John Cleland's Fanny Hill, and Jong uses 18th century language.

At the time, Erica Jong was doing a PhD in 18th century literature. She knows her stuff. It's a rip-roaring read, too. And it doesn't spare the reader's blushes!

Yes, I did read that book, a long time ago!