From literary salons to writers of aggrieved, bitter diatribes against the ills of society, clubs for writers have existed as far back as we can trace. This month, if you will indulge me, I'll describe a couple I'm a proud member of.

Over the years I’ve belonged to not a few writers’ clubs, from after-school ones to the RNA, which of course is much more than that. But it also serves as a club.


Writers need these, because sitting at the computer/desk/coffee bar all day making stuff up is a tiring business, and the old batteries need refreshing a time or three. But they can be a mixed bag.
There was an awful one at school. My English teacher tried to make me write like Alan Sillitoe, and because I’m from the working class, she kept wanting me to write stories set there, taking "Write what you know" a bit too literally. I wanted to get away, and dream of other worlds, other places. Miss Dumont was a lovely lady and very encouraging. The writers’ club was very highbrow. Nobody read romance unless it was the twelfth century kind. Or it was Doomed. They were all right, the doomed kind. But I was young and impressionable, and I hid my scribblings about people who found their soulmates and lived happily ever after. People like my parents, and most of my family. Because they don’t exist in real life, do they?
I'm not the clubbable type, but I do belong to two these days. 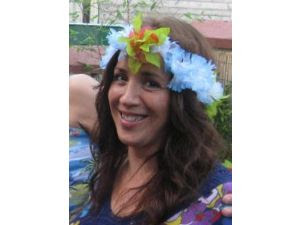 One is the North-West chapter of the RNA, where we have luminaries, I mean real stars. And really nice people. What’s more, really nice people who understand what writing romance means, and almost more importantly, what it doesn’t mean. We have all sorts, from the writer of the long drawn-out clogs ‘n’ shawls dramas, to Mills and Boon writers, to writers of the naughty stuff (that’s me!). We meet for a good meal four times a year, and it’s a great and welcome change from eating a quick ham butty while I’m sitting at the computer. Mind you, since I got my Bialetti, I’m getting great coffee.
Which reminds me, I'm about due one now…
One coffee later, I have one more writers’ group to talk about. My local club, the Wire Writers (so called because the town of Warrington was famed for making wire for the Empire) contains a disparate group. Screenwriters, poets, memoir writers, people who want to write to fulfil their own ambitions, and have no intention of publishing, people who have been writing wonderful, accomplished poetry all their lives but are destined to starve, and people who want to learn how to write. I’m a bit of an oddity there, but I really love being a member and listening to the others. Run by the enthusiastic and knowledgeable Joanna Delooze, we take part in arts festivals and public recitals. One of my friends and her partner stood in the marketplace and read their poetry the other week. Just like the Romans of old, declaiming in the forum! We have a meeting tonight, early because of Christmas. There might be mince pies!
Posted by lynneconnolly at 3:14 PM