The Butler – A Personification of Englishness 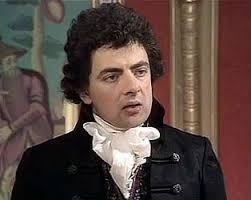 In the nether regions of any aristocratic household, be it Carson of Downton Abbey, Blackadder or Hudson of Upstairs Downstairs, the Butler reigned supreme. Even the lord of the house would take notice of his butler’s opinion. If the butler didn’t approve of a guest, you could be certain there was something not quite right.

Every member of the household, whether up or down in station, treated the butler with respect. His demeanour demanded it, though he’d be avuncular towards the young ladies of the house, and ready to offer advice to confiding young men. Indeed, he was probably better acquainted with the children than their own parents, who rarely saw them.

The housekeeper was the butler’s crony and he deferred to her regarding the female staff. The two may be found tippling in the housekeeper’s room (but not in the butler’s pantry) once the household settles down for the night. But strictly no dalliance – that would be below the butler’s dignity. Hints towards a potential marriage arrangement for the future, however, when both retired from service, would not be out of place.

The butler is always elderly, invariably portly, and conducts himself with a Jeeves-like mask of polite servitude, which clearly indicates his intelligence, efficiency, discretion and all-round superiority. Only a cataclysm will allow him to display his emotions. 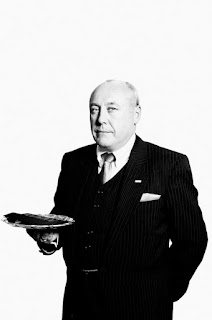 This is the kind of butler you will meet with in historical romance, and even if we authors are a little “romantical” in our imaginings, in essence he is close to the real thing.

In life, the butler was in general an older man who could command respect and maintain discipline among the servants. All members of the family addressed him by his surname, but servants had to tack on the Mister.

He had to remain a bachelor while in service. According to E S Turner in What the Butler Saw, he could be dismissed instantly if he pretended to be single and was found out. Marriage was thought to be distracting, undignified and – if money was tight – a temptation to petty theft.

The idea of marrying the cook, a lady’s maid or the housekeeper and setting himself up in business is not far out. The butler’s social station was akin to that of the tradesman, and it was not uncommon for retired butlers to run a boarding-house, inn or pub. Every visitor to the house tipped the servants, and a canny butler could build up quite a nest egg.

A busy man though, your butler. His day started early, especially when he had to check on the state of the cellars at four or five in the morning. He was in charge of the booze and keeping it in good order. Frankly, I don’t envy him having to check on the air with a candle on a rod before daring to go into the cellar. If the candle went out, the air had gone and he had to pump it up again with a tube attached to a pair of bellows.

If the wine was “sick” or “on the fret”, there were remedies such as adding a dozen pippins, twenty eggs or a gallon of new milk. All that had to be recorded in the Cellar Book, along with what drink was used when and who got how much ale among the servants.

Having sorted out the wine, the butler ironed the newspapers – no, really, he did. Because apparently “any dampness in the public prints was regarded as distasteful, if not unhealthy”. Then he polished the plate, before popping upstairs (if there was no valet) to lay out the master’s clothes.

He waited on the family at breakfast, supervised lunch, answered the door and announced visitors, or refused them entry if the mistress was “engaged” or “not at home” – both euphemisms for “don’t let that person into my house”.

He might get free time in the afternoon, but had to be back before the mistress. Then it was time to see the table looked right before announcing dinner, waiting at the side table and serving the wine. Later he handed round the cups and saucers for tea, and finally saw all doors and windows on the ground floor were locked, the fires safe and the candles out.

The butler worked hard – although he could palm off some duties on the footman – but he lived well, partaking freely of his master’s food and drink. Any footman worth his salt was studying to become a butler. A noble profession and a boon to the historical novelist.

Almost all my books feature a butler, but perhaps the most endearing is the ancient Hampole, doddering around on his shaky legs in The Viscount Besieged, who allows our heroine to run rings round him: 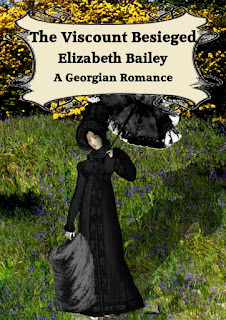 Isadora’s secret plan to save her family is frustrated by the arrival of the Errant Heir, with plans of his own. As Isadora prepares to thwart him, Lord Roborough’s friendliness and warmth undermines her determination—until she discovers he is a hardened gamester.
As Roborough struggles to recover a wasted inheritance and counter Isadora’s attempts at sabotage, he is both intrigued and infuriated by her mercurial temperament. Bitterly hurt by her lack of trust, he despairs of a happy outcome.
Will the truth serve to effect a reconciliation? Or will Isadora’s outrageous plot signal the end of all hope?

Amazon US
Posted by Elizabeth Bailey at 10:08 PM

I enjoyed this post, Elizabeth. I was actually brought up i9n a house with a butler, so I can speak from experience. In our house, he had a couple of other duties as well. At Christmas, it was his job to decorate the top of the picture frames in the dining-room, morning room and drawing-room with holly, tastefully adorned with bits of cotton wool for snow! He also rang the gong to announce lunch and dinner. This began softly and built up to a tremendous crescendo and it was obviously something he enjoyed.