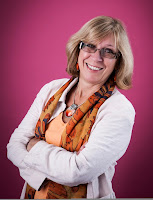 My latest Sarah Mallory novel, Temptation of a Governess, is out this month and in a way it brings me round full circle. In 2009 I wrote my first book for Harlequin Mills & Boon, More Than a Governess. So after more than 20 books I have returned to the theme of education!

In the Regency there were very few ways a woman could earn money and being a governess was one of the more respectable occupations. The governess in my first book, Julianna, applied for the post of governess out of necessity. She had two young siblings to look after, and no money. She was therefore forced to confront the rather intimidating Major Damon Collingham. Here is her first impression of her new employer:-

"...In her cousin's hallway she had only seen the back of his head. Now, staring up into the harsh, unsmiling face, her spirits began to fade. He was very tall, and dressed with military precision – there was nothing of the dandy about him, she noted with approval: the long limbs encased in buff-coloured pantaloons and black books hinted rather at the athlete. His blue coat fitted perfectly about his broad shoulders and the crisp whiteness of his shirt and cravat enhanced his dark complexion, tanned by years in the sun – she knew he had been a soldier, and guessed he had seen action in the Peninsula.  His bearing was upright and looked as solid and unyielding as his countenance.  His voice, when he spoke again, was tinged with impatience."
© Sarah Mallory, More than a Governess. Harlequin 2009

My latest heroine, Diana Grensham, has a different dilemma. She chose to become a governess to her niece and another young relative rather than face the ordeal of a society presentation. She is very happy living in comfortable seclusion with the children until their joint guardian, Alex Arrandale, wants her to vacate his property! This is Diana's view of her adversary:-

"He was a perfect example of the notorious Arrandale family and nothing like his staid and respectable older brother. Now, sitting beside him in the curricle, she was very aware of the size and power of the man. His shoulders were so broad it was impossible not to bump against him as the vehicle swayed on the uneven carriageway, and he was not even wearing a many-caped greatcoat to add to their width, merely a close-fitting coat that was moulded to his athletic body with barely a crease. His hands, encased in soft kid gloves, guided the team with the ease of a master and the buckskins and top boots he wore could not mask the strength in those long legs.


It was not that he was handsome, she mused, considering the matter. His features were too austere and rugged, the nose slightly crooked, possibly from a blow, and there were tiny scars across his left eyebrow and his chin that were doubtless from some duel. His dark-brown hair was untidy, ruffled by the wind rather than by the hand of a master, and beneath his black brows his eyes, when they rested on her, were hard as slate."


It wasn't until I began to write this blog that I realised these men are quite similar, both dark, powerful and unyielding. Damon is an ex officer and Alex a man of fashion, but they are both used to getting their own way. However, they meet their match in Julianna and Diana. Damon Collingham needs Juliana because no other governess can cope with his children and she sets out to heal this rather dysfunctional family. Alex Arrandale is a confirmed bachelor who knows nothing about family life, and doesn't want to! Diana engages Alex in a battle of wits that teaches him to care about his wards and in the process she grows in confidence, too.


I am so pleased I have been able to return to this theme. What is it you enjoy about governess romances? Is it the unequal battle between employer and employee, or perhaps you having children in the story. Do tell me!

What do I like about governess stories? They provide a natural setting for the heroine to be proactive, for a start - not easy for a Regency woman, hedged about as she was with social restrictions as to what she should and shouldn't do.

And, of course, if she lives in the same house as the hero, it gives them plenty of opportunities to meet! Technically, it offers the writer more scope, in my view anyway.

I agree with you, Elizabeth, the author doesn't have to worry about chaperons for a governess!

Thanks for stopping by