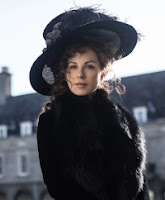 I’m always a sucker for TV and film adaptations of my favourite historical novels and Jane Austen’s books are at the top of my list. Regardless of some people saying that the costume drama genre is stale, for me it never gets old. So I was very excited to see that there is a new adaptation of Austen’s book Lady Susan in the cinemas now, a film entitled Love and Friendship. 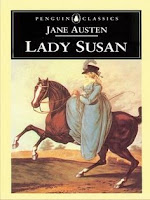 I loved Lady Susan from the moment I first read it in an anthology with Sanditon and The Watsons, two other lesser-known Austen books. The structure of the book, with the story told via letters, was new to me and I really enjoyed it. What I particularly liked, though, was the character of Lady Susan herself. Quite simply, I think Lady Susan is a monster. She’s a very clever, beautiful and interesting character but a monster nevertheless. I It took me a while to realise this. Jane Austen constructs her character so cleverly through her own words that I can still remember the shock I felt when I first realised “this person is not very nice!” In fact Lady Susan is ruthless, amoral and calculating, and all the more interesting for it. I imagine that Jane Austen, like so many authors, relished writing a villain.

Sometimes characters are entirely imaginary constructs, sometimes they have bits and pieces of real people in them, authors being like magpies in picking up and using things they observe, and at other times they may be inspired by a real person. So it is with the character of Lady Susan, whom Jane Austen was said to have based on a rather fearsome-sounding woman called “The Cruel Mrs C.” 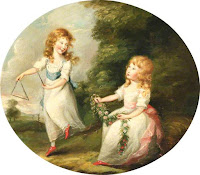 I first came across “the cruel Mrs C” as a result of my research into the Craven family of Ashdown house because she was a member of the Craven family. Jane Austen, as many of you will know, was great friends with Martha and Mary Lloyd, whom she first got to know because their mother rented a house in the next village from Jane’s father, George Austen. Their grandmother was the Mrs C in question, a beautiful woman who had moved in the first circles of society as a member of the aristocratic Craven family, but who had apparently treated her three daughters very badly indeed. She beat them, starved them and locked them up, treating them like servants. One eloped with a horse dealer and another with a farmer. The third married the Reverend Mr Lloyd. The picture here is of Elizabeth Craven as a child - I couldn't find a portrait of her as an adult.

One can imagine Jane Austen hearing tales of the shocking behaviour of Mrs C from her grand-daughters, and it may well be that after the death of Mrs Lloyd in 1806 she felt free to draw on the character of Mrs Craven as inspiration. Yet however unscrupulous and selfish Lady Susan is, she does not have the genuine cruelty of the mysterious Mrs C, the accredited beauty who was so brutal to her daughters in private.

Has anyone seen the film Love and Friendship? What did you think of it? Which is your favourite Jane Austen adaptation?
Posted by Nicola Cornick at 9:08 AM

How interesting that Jane Austen based Lady Susan on the Cruel Mrs C, Nicola. I downloaded Lady Susan last night as I haven't read-and look forward to discovering some 'new' Austen! Can't wait to see the film.

My gosh, Lady C sounds like Joan Crawford who was a dreadful mother too apparently. What a fascinating piece of research data, Nicola. So interesting to know the background to a character.

Great post, Nicola. I enjoyed it immensely. I see that 'Love and Friendship' is on at my local cinema so a visit is definitely called for. I didn't know about the Craven connection. How fascinating.

Thanks, Elizabeth. Yes, I think it will definitely be worth seeing. Such an interesting character! I've loved discovering all the Austen/Craven connections in my research.

Thanks, Liz! Yes, that a great comparison - definitely a Joan Crawford-esque character! After Sir Charles Craven died she rushed off and married a younger man with indecent haste as well!

I hope you enjoy it, Anita. Do let me know! The Cruel Mrs C sounds a dreadful piece of work. it's very interesting that the Craven family inspired two Austen villains!

Fabulous post, Nicola! I've been to see the film, and I enjoyed it, though I was hoping they might have developed it a little more-from that point of view I was a little disappointed, but there were so many laugh out loud moments, and it was true to the novella.

Thanks, Jane! It's always so difficult with a film, isn't it. So much to try to develop in a relatively short time frame. I'm glad you enjoyed it, though, and I will definitely go to see it very soon!

I really enjoyed it and my only complaint was that it was over too soon.
Growlycub

It sounds well worth watching. However, I've just checked the cinema listings and the nearest place it is showing is over 50 miles from me! Very disappointed.