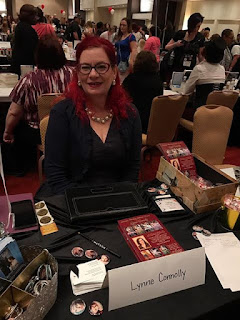 Yesterday I put a post up on Facebook about historical accuracy, and the lack of it. I had read a book description that described a book set in the 1860s as Regency.
Is it too much to ask that Amazon, authors and publishers at least try to get historical periods right?
In the replies, one author pointed out that she never used a specific time and place. That I didn’t understand at all. How can you call a book historical; when you don’t know when it’s set?
It isn’t just a picturesque setting and pretty clothes that makes a historical romance so fascinating. It’s the way people thought at the time, the way important events affected them, and what they thought about it.
It’s also details like character names and titles. Title errors are particularly annoying because they occur through the whole book. Like calling Sir Sydney Smith “Sir Smith,” or addressing a duke as “my lord.” I can’t read a book that does that. Besides, if the writer didn’t do that much research, how reliable is the rest of the book?
There is, I believe, a whole subgenre of “historical” romance, that I would call “fantasy historical.” This is a world where girls run about London on their own, and don’t get kidnapped for their fortunes or forced to marry someone. It’s a world where whores can marry dukes and become the centre of society, a world where a lady can pose as an actress with no ill effects on her social position. And the women all wear party dresses, but they dream of independence and turn down offers of marriage on a whim. Where a wife demands a divorce from her husband, and lives to fall in love with another member of the nobility.
Now let me say there is nothing wrong with these stories. They’re lighthearted, amusing and wile away a few hours. Since I research my period quite heavily, they’re not for me. I find them too superficial. They skim the surface but never explore issues, even their own, with any depth.
I would love a way of differentiating them from the historical romances that I love. Why not call them “fantasy historicals”? I write paranormal romance, where vampires and dragons live in our world. Fantasy. So why not fantasy historicals, too? A genre that could stand separate from historical romance. There are distinct markets for both, but they rarely coincide. Readers of Dorothy Dunnett aren’t going to migrate to Julie Garwood’s books, for instance, although both have their place.
I’m not talking about covers here. Cover art is often imposed on an author, who may have little or no control over it. And there is precious little historical stock art out there that has any degree of accuracy. The adage not to judge a book by its cover is never more true than it is today.
So let those of us who love history have our historical romances, and the people who enjoy vague history set in a vague periods have theirs, too.
Posted by lynneconnolly at 9:00 AM

Oh, Lynne! This is a post after my own heart! I do so agree. I think your idea of a 'Fantasy Historical' is great. Personally, if a book I'm reading starts talking about 'Sir Smith', or My Lord's someone who isn't a lord, it instantly break my suspension of disbelief and I find it very hard to continue reading.

Surely, part of the pleasure of reading Historicals is that we see the world through different eyes; it's a world where different manners, assumptions, position of women, class, etc. all have their parts to play in the story. And they create a very real dramatic tension which the novelist who knows her/his stuff can use.

eToro is the most recommended forex broker for beginning and professional traders.