How am I going to kill you?

This is the mystery writer’s perennial difficulty, I’ve discovered. A tad macabre, but that’s the genre. 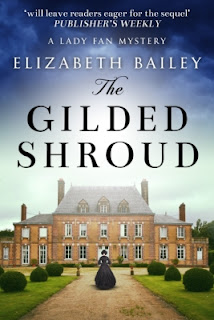 With the pre-order launch and cover reveal of the first in the Lady Fan Mystery Series from my new publishers, Sapere Books, it’s a good moment to revisit this question: Hello there, victim, how would you like to die?

I can strangle, bludgeon, knife or poison you, just for starters. But if that isn’t good enough, let’s be inventive. The sky is the limit. Once someone actually got mirrored to death in Midsomer Murders!

The problem is, the moment you decide how to kill someone, you’ve immediately got to find out what that is going to do to their body. Enter medical research. That leads backwards to what your sleuth can and can’t notice and what it will tell her. She has to work out how it was done before she can figure out whodunnit.

Just to complicate matters, when you set your crime in a historical context, you’ve got to find out what your medical man would have known at that time. Which is not what he knows now by a long chalk. At which point, thank heavens for the internet! 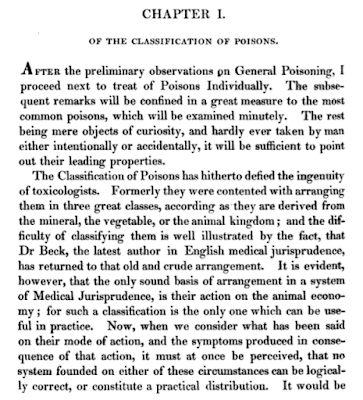 I turned up the most marvellous contemporary treatise on poisons on Google books, which tells me exactly what was known about, thought about and how to recognise every possible poison you could think of, and some you couldn’t. This was for the third book in my Lady Fan Mystery series. You can also dig up lots of accounts of horrific 18th century murders, which is extremely helpful, thank you, generating plenty of ideas.

There’s a strange satisfaction about killing victims off, I find. Does this mean I’m a closet murderer? Let’s be charitable, and say that it’s pure imagination and the writer’s mind. After all, I may kill them, but I’m also revenging their deaths and seeing that justice is done.

The other thing I’ve found is that you can’t avoid the inevitable exposition to explain how, who and why. I’ve managed to steer clear of the cliché of gathering suspects together for the purpose and tried to make it a natural part of the investigation process. But as a reader I wouldn’t be satisfied if the puzzle wasn’t somehow explained. 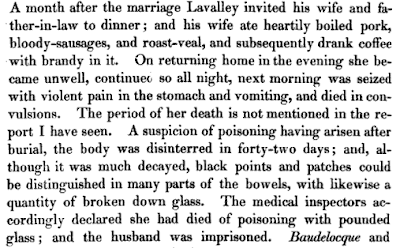 Mind you, it’s no use worrying too much over the how-am-I-going-to-kill-you question. Ideas for books seem to leap out at me with images of full-blown murders ready-made, though not necessarily presenting either weapon or wound. I just know the victim is very dead and have to figure out exactly how they got that way. That’s where research books and the vast resources of the world wide web come in handy.

And the other common denominator? When I start writing the book, I haven’t a clue who dunnit or why. The fun of the genre is surprising myself with the answer.

The Gilded Shroud, the first book in my Regency mystery series is now on pre-order at Amazon.
Check it out at this link

Posted by Elizabeth Bailey at 11:19 AM

Absolutely fascinating, Elizabeth. I remember researching what, exactly, corrosive sublimate' did to you if you swallowed it. I found the answer in Mrs Beeton's Book of Household Management', of all places, and it was extremely nasty.

I know what you mean. Some of the symptoms described by this writer absolutely horrify me. Especially when you know their medical knowledge was unlikely to help very much, and quite often just made things worse.