After a great deal of maundering around the difficulties or otherwise of putting my books up on audio, I have finally taken the plunge. In fact it proved relatively simple once I chose the way to do it – out of a plethora of apparently problematical paths.

A long time ago, in my acting days, I used to read books on tape for the blind for a charity. I did many Georgette Heyers, delighting in creating a whole raft of different voices for the various characters. I used to make a tape of the voices so that I could come back and check them if I forgot. 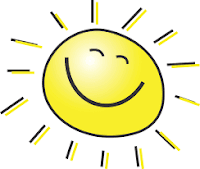 That process held no terrors. You simply used a good quality tape recorder with a relatively decent microphone and went to it, taking the thing an hour or so at a time and stacking up ordinary tapes. You then sent off the six tapes in specially prepared boxes to the Calibre library, securely in their free post bags. Job done.

These days, I discovered, it’s a great deal more complicated to do it yourself. With growing horror, I listened to a podcast about the dos and don’ts of current audio recording. In the first place, the whole thing is digital, which is enough to scare the whatsits off oldies like me. Then you’ve got to have the right equipment: proper high quality microphone, some kind of sound-deadening thingy that I didn’t understand, quantities of blankets hung up to cut out extraneous noise, and a whole lot more besides. Exit stage left, quivering. 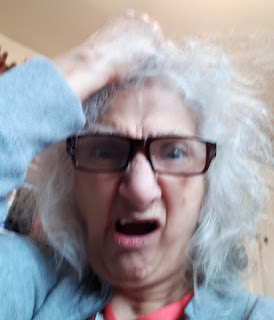 As if all that wasn’t bad enough, you have to be able to upload this fantastically clear recording to the various platforms and then fix it if they say it’s not good enough. Yikes!

I turned, with relief, to the companies who do it for you. Relief short-lived when I discovered that you needed to be a millionaire if you were going to pay for people to read and “produce” your entire canon with scarcely a hope of ever making your money back, let alone garnering profits. I shelved the whole idea.

Eventually I heard about ACX, which is the production arm of Audible, an Amazon company. Now Amazon, as we all know, is a juggernaut riding over everyone else, but they do understand authors are generally poor and have figured out ways for them to use Amazon platforms and make money without dishing out their hard-earned dosh beforehand.

Enter 50/50 deals. You can pay for a producer if you want to, but you can also make a deal with a producer/narrator for no money upfront in exchange for giving them half your profits. Worth it to avoid all the recording rannygazoo!

Though there was that tiny voice at the back of my mind. “Seriously, who’s going to do all that work for nothing?” I hesitated for weeks. Nay, months. 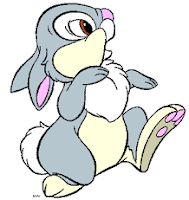 Finally, because I’m doing new covers, I decided to go for it. New branding, new covers, paperback, audio, the works. The idea being that as each new cover arrived, it would get the full treatment.

Would you believe it? Within a day of putting up, with great trepidation, my first book for audition, I got the most wonderful lady narrator who just happens to be a huge Georgette Heyer fan and immediately loved my book. Luck or serendipity?

Below is the audio cover for the book now in production. Hooray, I have ventured! 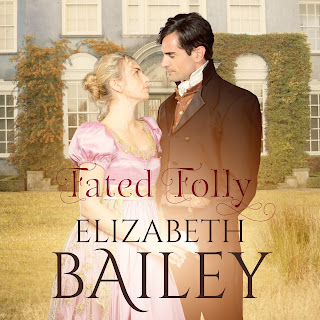 Posted by Elizabeth Bailey at 11:02 AM

Oh, Elizabeth! WELL DONE! I'm very impressed and I wish you every success. Calibre did my 'Cabochon Emerald' in audio cassettes years ago (organized by my then agent) but, alas, they never sent me a copy, so I never heard it.

And how wonderful to read all those Georgette Heyers out loud!

Thank you. I enjoyed reading Georgette Heyer very much indeed. The library was called Calibre. Presumably it was for free and not cash.

I did one with ACX on same basis; it took weeks of toing and froing and the poor narrator will never get her money back as it sells so few. Not tried it with my Regency - will see how you go and maybe reconsider. Love the new cover.

Thank you, Fenella. Yes, we'll see how it goes. I think I must be proactive with marketing if it is going to sell.