Musing on the Changes in Publishing

I am in the process of moving from a three-bed house with a 21 year tenure to a tiny 2-room sheltered flat. Downsizing with a vengeance. Apart from having my mother’s goods and chattels to sort, I have been faced with what to do about screeds of old letters to and from agents, editors and publishers and paper copies of old books, and it got me thinking about how much has changed since I began in this business. 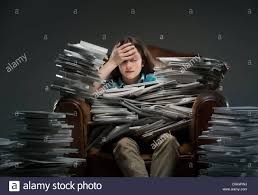 In the first place, any approach you made in a hopeful spirit to an industry professional had to be done by letter. Yes, I mean snail mail type letters. If you sent sample work, it was printed out. In fact, now I think of it, when I started it was typed out! Just as it was for all writers before the advent of word processors. 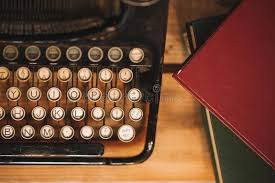 One thing that hasn’t changed is the double spacing, which meant sending a manuscript involved about 300 pages of printed material in a jiffy bag. Printed on one side of the paper only, that was about the size of an 80,000 word manuscript. Those bags were heavy. They cost quite a bit, and you had to enclose return postage too. The last thing you ever wanted to see was the postman standing outside with a whacking great oblong jiffy bag in his hands, because it meant your manuscript had just boomeranged with another rejection.

Since all approaches went by snail mail, everything took forever and a day. You enclosed, if you were wise, a postage paid postcard to acknowledge receipt. Some publishers actually used it. Then you waited. And waited… and waited. There’s an unwritten rule that you should wait six weeks before nudging on a submission, but it wasn’t unusual to wait months for a response while your hair went grey and the wrinkles in your face doubled.

If you actually went to the expense of approaching publishers in foreign lands, the whole thing cost four times as much and took even longer. None of this digital age winging an attachment across the pond in seconds. If you couldn’t afford air mail, it went by sea. Don’t even count how long that took.

Once you were lucky enough to get some kind of contract, there was more delay while the two copies were sent to you, signed on every page and returned to the publisher, who then signed both copies and finally returned your copy for keeping. These days, the contracts are whisked back and forth, digitally signed to start the process going, and then the printed version follows in due course. But by then it’s all rolling along merrily.

When the book was in production, along came the proofs. Yes, more print-outs (which actually looked like book pages then, two to a sheet), more jiffy bags. You got around two weeks to go through, make your corrections and send it back. At some point, actual glossy covers would come through in a card-backed envelope, and finally your copies of the book arrived in a box. The books arriving in a box still happens if your work is going out in paperback, but all the earlier process is done digitally by email these days. 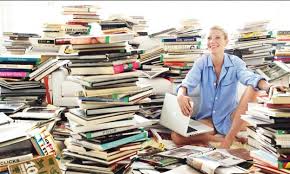 During the life of the book, twice yearly, in came the batch of royalty statements. Of course I can’t throw away either these or the contracts, as they are the only records prior to shifting to digital. Now imagine 18 odd books over a period of 30 years, reprinted in different editions including foreign, and you’ll get an idea of the piles of paper accumulated. Not to mention the piles and piles of books. What I’m going to do with them all I have absolutely no idea!

Posted by Elizabeth Bailey at 4:46 PM

Oh, Elizabeth! You have my sympathy. I remember using a typewriter for my first 4 novels - and it was literally cut and paste. I had to apologize to my editor for the glue and stuck on bits!

I do hope the move goes well - there are some difficult decisions to be made, I know. Please treat yourself to something special once the move is over; you'll deserve it.

The Bowling Green State University Popular Library collect material like this. I don't know if they have any ms by UK authors, but they've got lots from the RWA and manuscripts from more than 50 romance authors: https://www.bgsu.edu/library/pcl/romance.html I've seen them on Twitter, begging authors not to throw away material that could find a home in their archive, so it might be worth writing to them and seeing if they're interested. They're also on Twitter: @BGSU_PopCultLib