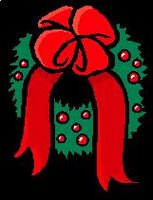 A snowball fight! Lord Winchester cursed silently as he followed Lady Armstrong out of the house, yet a moment's reflection made him realize that perhaps the cold air was just what he needed to clear his head. The Kingston chit was damnably attractive, and he had come perilously close to a proposal.
'You see Lord Winchester,' Lady Armstrong was saying as she led him to the garden, 'I have persuaded another gentleman to join in.'
Ryder spotted Lord Waverley was prowling over the terrace like a big cat, a panther indeed! From the windows several of the ladies were watching, including Miss Kingston, and once the two most fashionable of Lord and Lady Henley's guests showed that they were willing to indulge in a little frosty sport, the other gentlemen came out to join them. The snow was crisp underfoot, and soon they were all engaged in a battle royal, with snowballs flying thick and fast through the frosty air. Ryder found that his main target was Lord Waverley, who responded with a will. While the shouts and laughter of the others echoed around them, the two lords pelted each other with a ferocity that belied the festive scene. Each ball of snow that found its target intensified their animosity. At last Lady Henley called them all indoors to refresh themselves with mulled ale. Ryder followed Waverley to the door, muttering under his breath.
Lord Waverley stopped and turned, his cat-like green eyes narrowing in suspicion.
'What was that you said?'
'If our hostess had not called a halt I should have had you begging for mercy,' repeated Ryder, brushing snow from his sleeve.
'Are you calling me a coward, sir?' hissed Waverley.
Ryder pulled himself upright, anger overcoming his natural caution.
'I suppose I am.'
'By heaven you will answer to me for that!' snarled the Panther, 'I-'
'Oh stop!' Charlotte ran onto the terrace, her eyes dark with alarm. 'I saw you from the window, you look so serious! Pray do not fight, sirs, I could not bear it.'
Lord Waverley turned to her.
'Miss Kingston, I would do nothing that would cause you distress,' he purred, 'but I think you must be aware that you are the cause of our rivalry. You could end it, you know.'
She looked up at him with those blue, blue eyes.
'I, I could?'
'Why, yes. All you have to do it to say which one of use holds your affections.'
Charlotte blushed. What should she say? It was very flattering to have gentlemen fighting over one, but how could she decide, when she was unsure of her own heart?'
'I, I....'
Miss Kingston ... Charlotte,' Ryder came forward and possessed himself of her hands. 'Remembering our earlier conversation, am I wrong to think that you favour me?'
She pulled herself free.
'I need a little time,' she managed to say.
She peeped up at the two gentlemen from under her lashes. Ryder was so tall and handsome, but then again, Lord Waverley moved with the sort of power and grace that set her pulses tingling.
'Perhaps you can give us your answer at the ball tomorrow,' suggested Lord Waverley.
It was Ryder's turn to snarl. Everyone knew that Waverley was a deuced good dancer: how was he to compete? Before he could voice his objection, Lady Henley appeared.
'My lords, what are you about, to be keeping Miss Kingston out here in the cold? Charlotte my dear, that gown is far too flimsy for out of doors: go in and warm yourself by the fire.' As Charlotte hurried away, Lady Henley cast a shrewd glance at the two gentlemen. 'No doubt you will both want to dance with Miss Kingston at the Christmas Ball tomorrow night. Perhaps you are not aware of the tradition here at Henley Court: at Christmas the dances can only be reserved by gentlemen presenting the partner of their choice with a gold ring. We hide a number of rings in the garden, you know, and the gentlemen must seek them out.'
Lord Winchester smiled.
'That is no obstacle,' he murmured, 'I have already found such a ring, when I was, ah, indisposed near the pear tree.'
Lady Henley's smile grew even wider.
'That is very fortunate, my lord, but as hostess it is my duty to tell you that there are four other young ladies with a prior claim upon your attention, so you see, to dance with Miss Kingston you will require five gold rings...'
Posted by Historical Romance Author at 3:57 PM

May I apologise for the lack of Christmas decoration on Part Five? My poor old PC wouldn't add any pictures this time, and I thought it more important to get the story out there for all you avid fans! So, it's bare bones story, but hope you like it.

The story was good, no apology needed. I like the idea of the five gold rings needed for the dance!
Anne