Venice is for lovers

I wrote the book after getting so immersed in the history of eighteenth century Venice, I could hardly stop.

When you write a Georgian or Regency novel, the book is most usually set in Britain, or in France, Spain or Belgium in the Napoleonic era. This book is mid-eighteenth century, long before Napoleon upset the apple-cart, and this was the first one I wrote that was set outside Britain (there is at least one more ‘foreign’ Richard and Rose to come).

Before I started researching, I hadn’t realised that by the mid eighteenth century, Venice was in a steep decline and could well have slid into the watery Lagoon if it hadn’t been rescued by culture-vultures like Ruskin a century later. Leghorn had taken a lot of the trade that had made Venice great. That, and expenditure on wars and battles, had led to Venice’s economic decline. The great families had either lost their money and influence, o 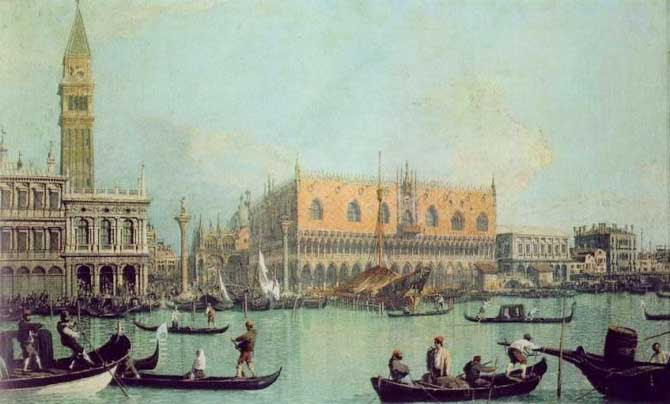 r moved somewhere else. So by the Georgian era it had become a place of culture, very much secondary to Rome, and sleazy goings-on. Carnival was a time for uninhibited fun, one respectable people tended to stay away from.

Perfect for Richard and Rose to hide out in while they searched for their would-be assassins, and perfect for the card-sharps who form a lot of the story. Courtesans, card-sharps and other tricksters ruled the city, and the old, grand palazzos were either left to fall into ruin, or split into smaller dwellings. Richard owns an apartment in a once-grand palazzo, and if you read carefully, you can discover which one!

Venice - Richard and Rose, book three
Venice is perfect for their honeymoon. Unless an assassin plays his cards right…
http://samhainpublishing.com/romance/venice
ISBN: 978-1-60504-517-7

Venice is perfect for their honeymoon. Unless an assassin plays his cards right…

At long last, it is Lord and Lady Strang’s wedding day. Yet no sooner do Richard and Rose leave their wedding breakfast than two shots ring out, forcing a hasty change in honeymoon plans. Instead of traveling together by yacht, Richard goes on ahead, making sure the road to Venice is safe for his beloved.
Rose is by no means alone, however. Along her journey by packet, coach, even mule, she befriends young couple, the Ravens, who have a strange confession to make. They are traveling incognito—and are really the newlywed Lord and Lady Strang!
Once reunited in Venice, Richard and Rose heat up the sheets, making Richard consider the delightful possibility of keeping his wife in bed for the rest of their stay. Except Venice is as full of knaves as London, and one of them is still trying to find them with a bullet.
The Ravens could hold the key to the assassination attempts. Or perhaps they are playing a deadly game of their own…

Posted by lynneconnolly at 2:56 PM