Time Travelling With the Lunar Men

We went to the other week to look at one of the few remaining genuine stage coaches which is is in Birmingham Museum Service’s Reserve Store. I’m working on a book about stagecoach travel, but more of that when I’m a bit further along! 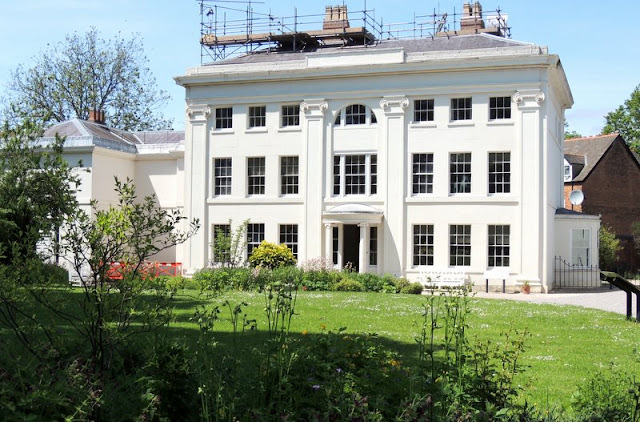 While we were in the city we took the opportunity to do some exploring and the highlight for us was the in Handsworth. The photograph above shows the garden frontage. I'm not sure what Matthew Boulton would have thought of the satellite dish - he'd probably have been fascinated!


This, from 1761, was the home of pioneering industrialist Matthew Boulton. It stood proudly above the vast Soho Manufactory, “The most complete Manufacturer in metals in ”. Boulton had inherited the family workshop producing buttons and buckles, but that was too small for him and when he leased Soho Mill he had the space to expand on a vast scale, spending £10,000 on the factory that became a must-visit sight for travellers from all over . Boulton set up a tea and souvenir shop to cater for them and encouraged donations to the Soho Insurance Society, one of the first workplace sick-leave insurance schemes in the world benefitting his 1,000 workers.


Boulton was manufacturing high quality silverwares, silver plate, buttons, buckles, dress swords, even the Nelson memorial mourning rings. But water power was simply not able to cope, so he went into partnership with steam power pioneer James Watt. Boulton & Watt manufactured steam engines for over 30 years and set up their own foundry to supply a world-wide trade. As Boulton said to James Boswell, “I sell here, Sir, what all the world desires to have – POWER.” 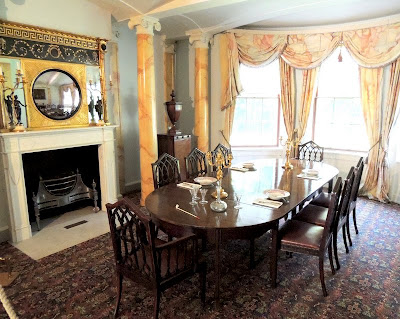 Boulton was a member of the Lunar Society, a group of like-minded pioneer industrialists, scientists and inventors that met for dinner and scientific discussion. They became known as the Lunar Society because they met on nights close to the full moon in order to drive home more safely. Members included Dr Erasmus Darwin (Charles’s grandfather), Mathew Boulton, James Watt, Samuel Galton, Dr Joseph Priestley and Josiah Wedgwood. If you want to find out more about them, y Uglow’s book The Lunar Men, is a brilliant read. The dining table the used is still in the house and is shown above.


The manufactory has gone and only a small plot remains from the original 200 acres of park, garden and farm. There is a small, but interesting, museum next to the house itself and a charming garden planted with 18thc flowers. The manufactory site itself is buried beneath housing and Time Team carried out an excavation in the 1990s. 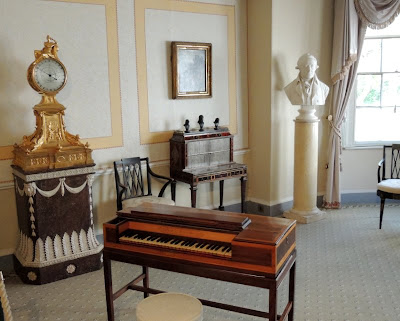 The house has been beautifully restored and furnished with many of Boulton’s own possessions and items made in his manufactory. The stunning ormolu sidereal clock - a very accurate 'star' clock - was made at the Soho Manufactury in 1771. It is shown above in the Drawing Room. In 1776 Boulton sent it to Riussia, hoping that Catherine the Great would buy it but it was returned eleven years later. Apparently the court thought that such an expensive clock should also play tunes.


Boulton had hot air central heating in the house, thought to be the first domestic  system since Roman times. From a ‘cockle’ stove (one encased in a metal jacket) hot air rose to grills set in the hearths and through holes bored in the staircase risers as shown in the photo below. 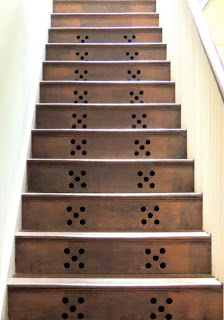 If you get the chance, do visit. It was virtually deserted when we were there and deserves far more visitors than it appears to receive. In the tea room you will meet the pair of sphinxes that Boulton bought for the garden in 1795. They have their own Twitter account @TheSohoSphinxes 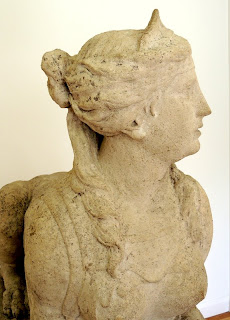 Absolutely fascinating, Louise. Thank you so much for showing us this. Considering how close I am to Birmingham, I'm rather ashamed that I've never been to this museum. Or the one with the stage coach either. Must do better!

I really enjoyed this post, Louise. I loved Jenny Uglow's book, The Lunar Men' and I'm thrilled to know that Matthew Boulton's house can be seen.

Where exactly is the state coach kept?