The Rollright Stones: a fantastic setting for a novel


Recently, my daughter and I visited the Rollright Stones in Oxfordshire. Set in a field next to an ancient ridgeway with a wood nearby, these prehistoric stones exude an air of mystery and power. They comprise ‘The King’s Men’, a stone circle of over a hundred stones weather-worn into fantastical shapes (the exact number is unknown – they are uncountable); ‘The Whispering Knights’, the remains of a portal dolmen or burial chamber about ten minutes walk away, at the far end of the field; and ‘The King Stone’, which is by itself in the next field. 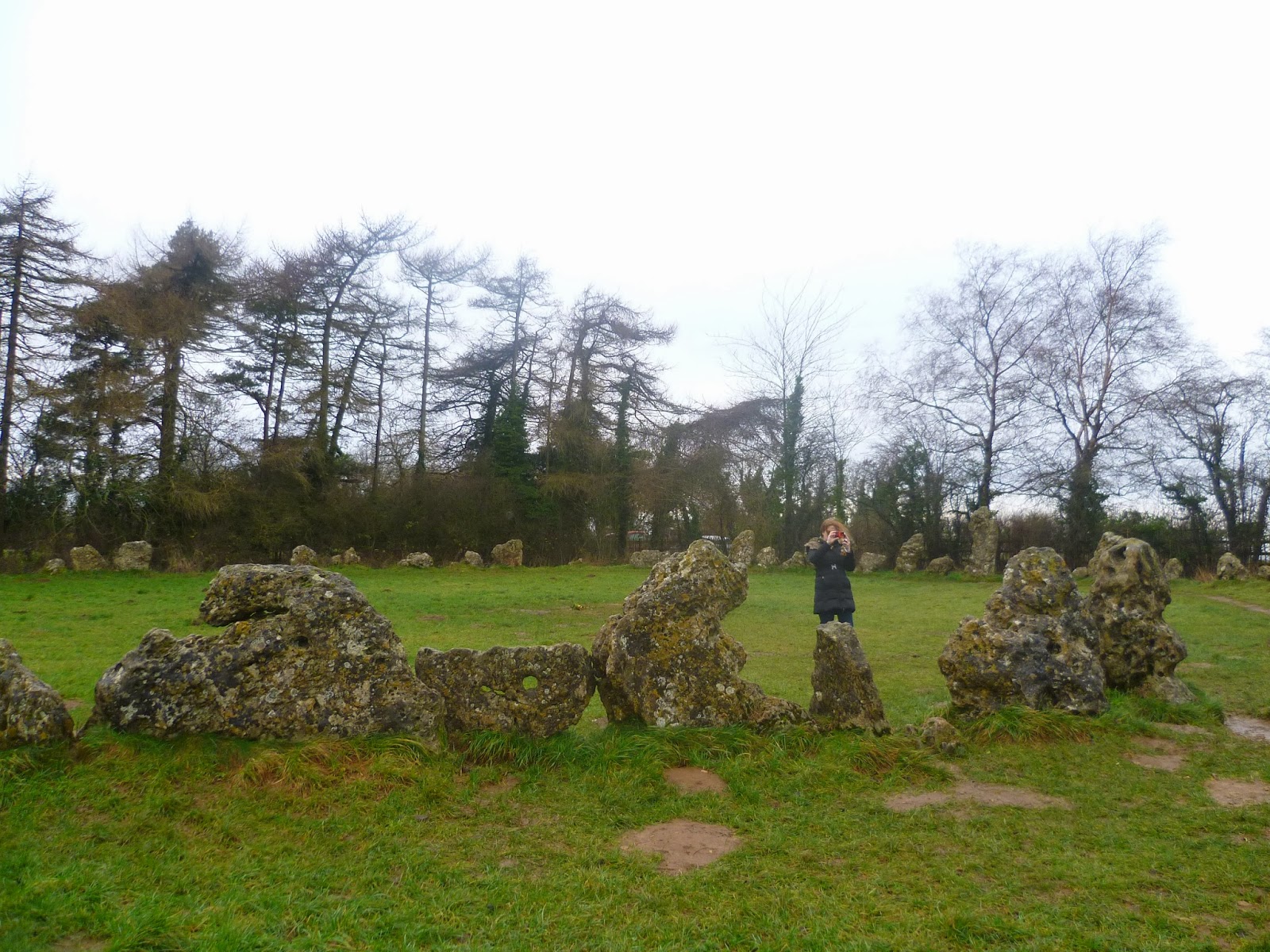 What I love about them is that they are completely accessible – there is no Visitor Centre, no ticket office. They are there, in the field, as they have been for thousands of years, and anybody can visit them at any time. They date from c. 3600 B.C. (The Whispering Knights) to c. 2500 B.C. (The King’s Men) and lastly, c. 1500 B.C. (The King Stone). There are numerous prehistoric burial chambers nearby, and the whole area must once have been an important and significant site. 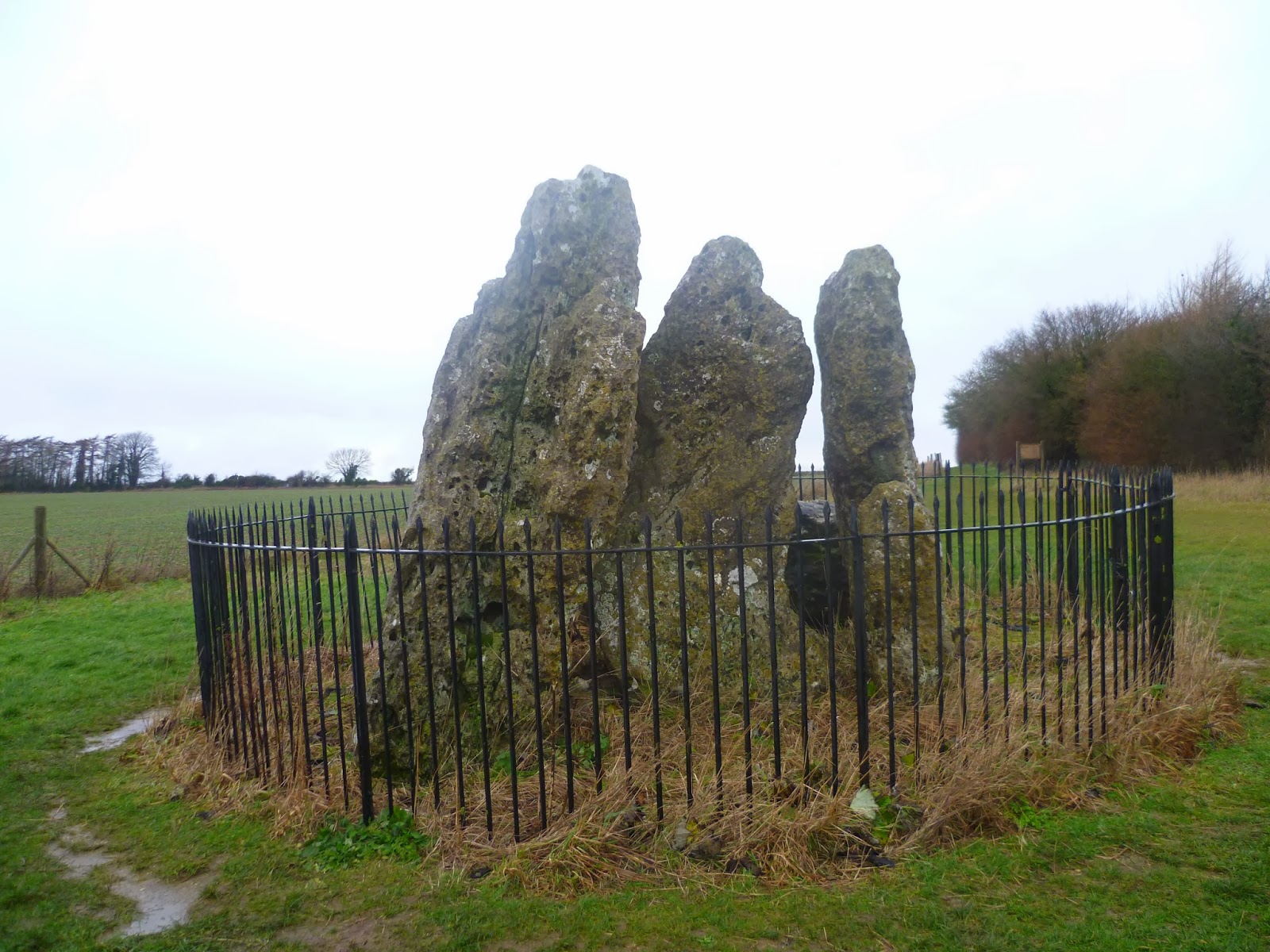 Naturally, legends abound. One story goes that King Rollo the Dane passed by with his army on his way to conquer England. He met a witch who said:
Seven long strides shalt thou take, and
If Long Compton thou canst see
King of England shalt thou be.

Rollo stepped forward eagerly but the witch raised a long mound in front of him and his view was obscured. She then turned them all to stone; the king by himself overlooking Long Compton, his men in a circle nearby and the five treacherous knights further off. Finally, she transformed herself into an elder tree. It is said that, at night, the stones comes alive and the King’s Men go down to the river to drink. 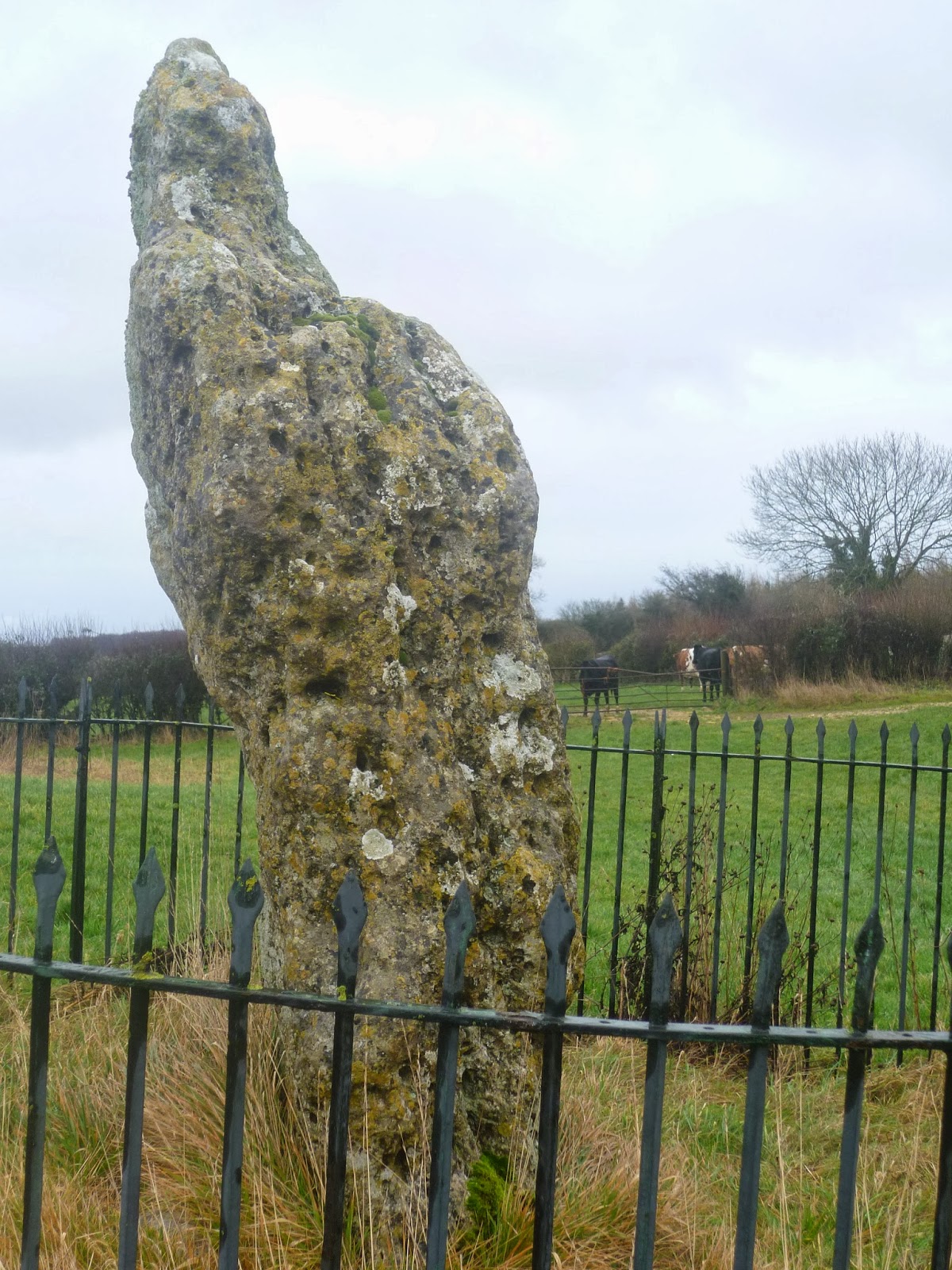 When we visited on New Year’s Eve, the place was deserted but other visitors had been there very recently. In the centre of the circle lay a wreath of holly, ivy, pine cones, a pomegranate, some apples and some feathers. Others, too, had left offerings of rose hips and berries elsewhere. What a setting for a novel, I thought. 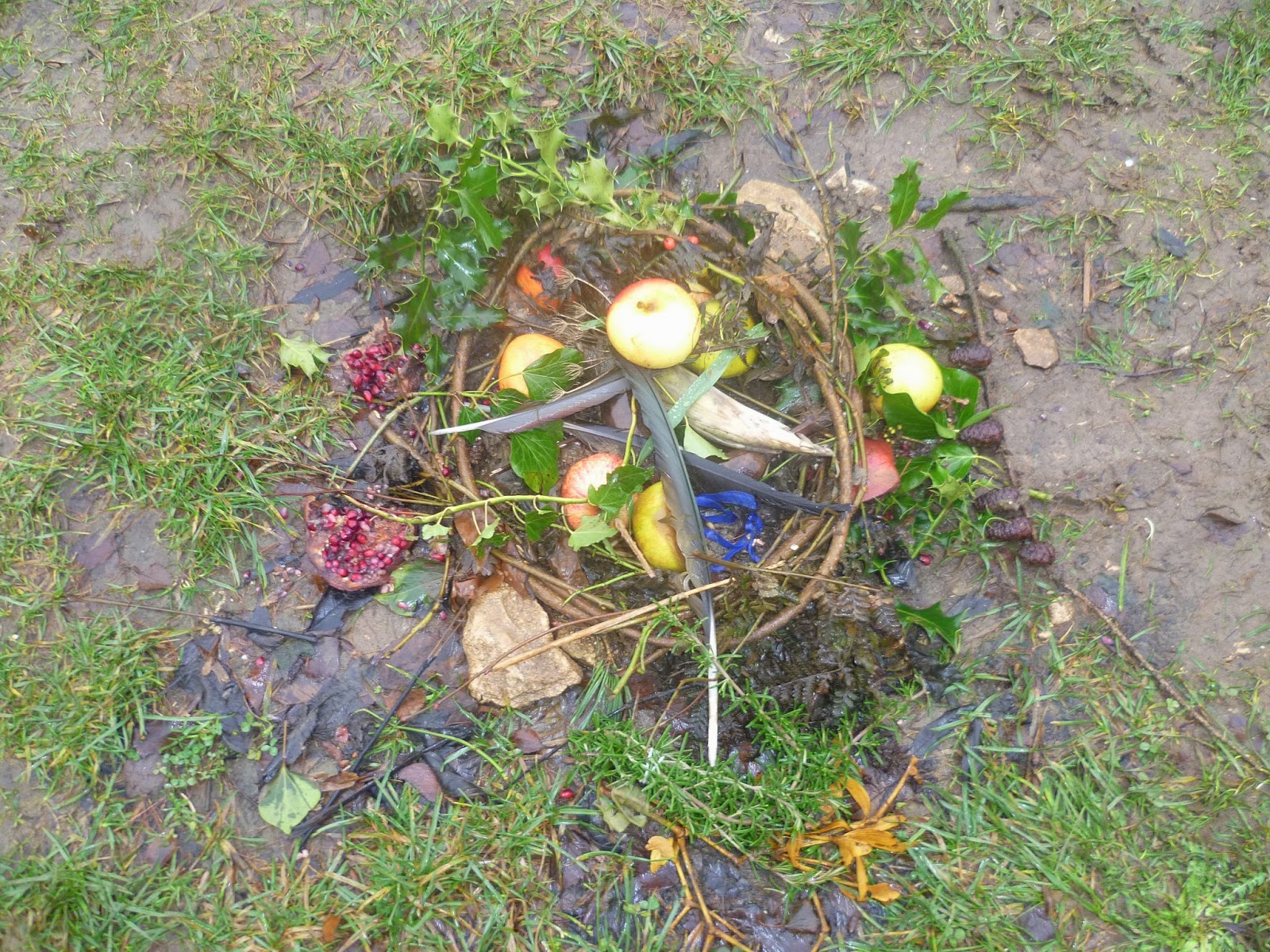 ‘This part of the world is a very witchy place,’ said my daughter. I could see what she meant. But we both agreed that, whatever may have happened here in the past, nowadays, walking around quietly among the King’s Men and visiting the Whispering Knights and the King Stone, the atmosphere was peaceful and benign. 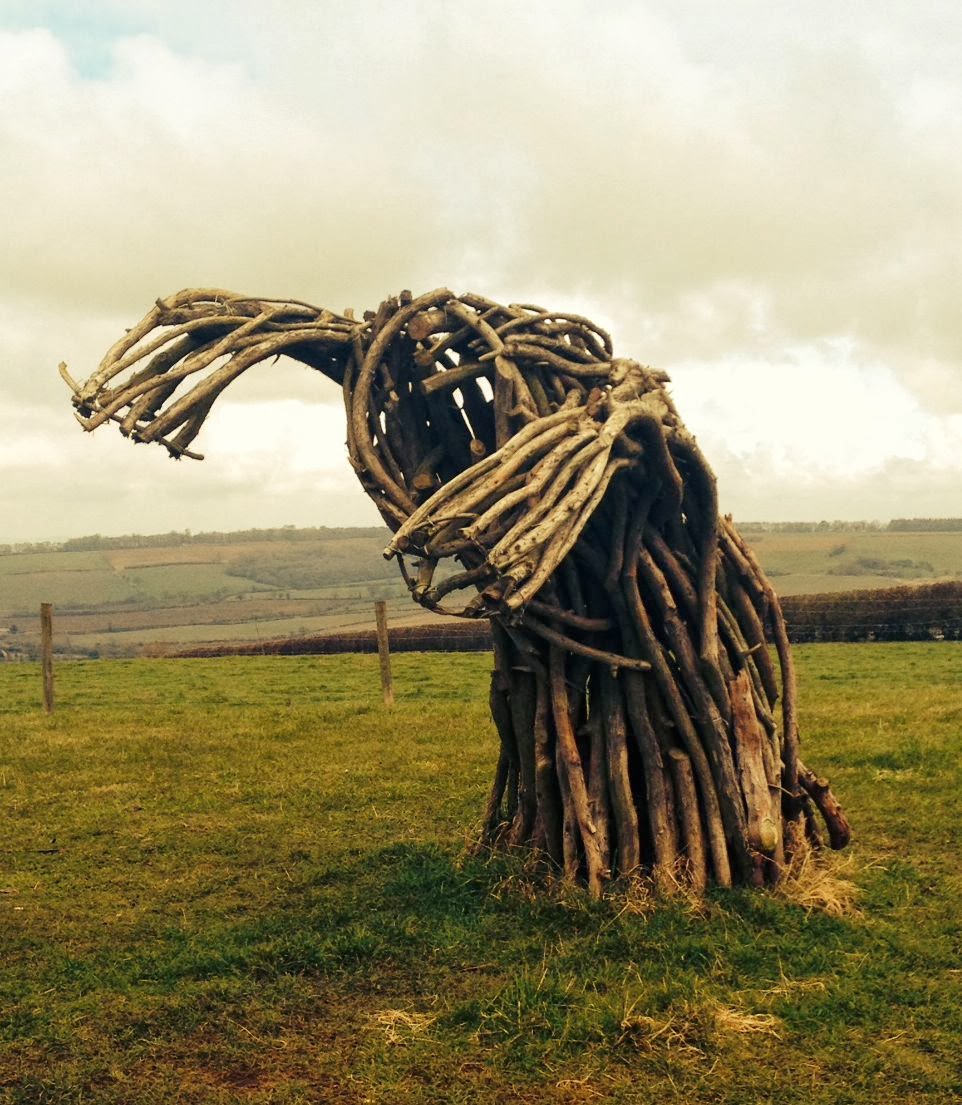 The Rollright Trust, who looks after the place, urges to public to subscribe to the Sacred Sites Charter: Take nothing but photographs and memories. Leave nothing but footprints.

A happy, if belated, New Year to you all.

Posted by Historical Romance Author at 11:15 AM

I only became aware of these stones last week, and was planning to visit them in the spring, so this post is timely! Thank you for all the information, and excellent photographs.

Thank you, Elizabeth, what a lovely place. We discovered the nine ladies stones in Derbyshire a year or so ago, very similar, quiet, peaceful and wonderful to visit.

Thank you for your comments, Helena and Melinda/Sarah.

Helena, you might like to know that there's a lovely pub, the Red Lion, in nearby Long Compton, all old oak beams and little nooks and crannies, where they have good food.