The Vikings are Here! 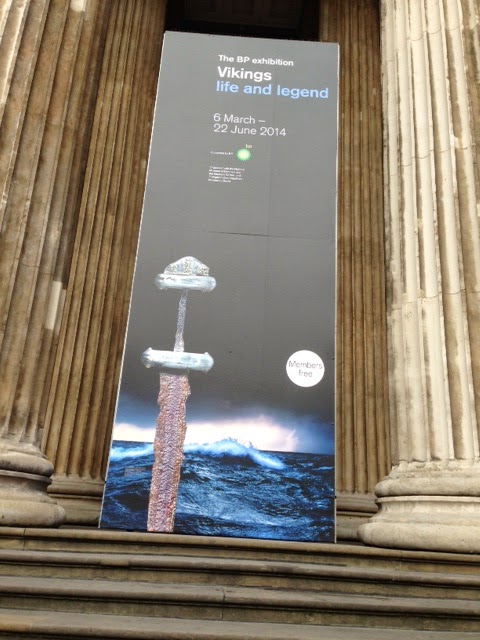 The Vikings are here again, or at least, it seems they’re everywhere at the moment!  And although I admit to being biased as I’m half Swedish, I’ve always been fascinated by them and their culture, so this is something I’m very happy about.

The Vikings and the Norse Sagas written about them and their mythology have served as inspiration for countless modern books, films and even opera (Wagner’s Ring Cycle).  There are the light-hearted takes on them such as the recent Thor films and Marvel comics of the same name, Terry Jones’ (of Monty Python fame) Erik the Viking, and many more.  Historical romances featuring Vikings abound, such as those of Sandra Hill for example (where her protagonists sometimes time-travel to or from Viking times, which creates some wonderful situations!).  There are YA books based on the Norse myths (like Loki’s Wolves by K L Armstrong and Melissa Marr), testosterone-fuelled “swords and longships” books like those of Robert Low (the Oathsworn series) and Giles Kristian, and now even Joanne M Harris has penned a story based on Loki, the mischievous god who seems to attract more attention than all the good ones (bad boy syndrome?) – The Gospel of Loki. 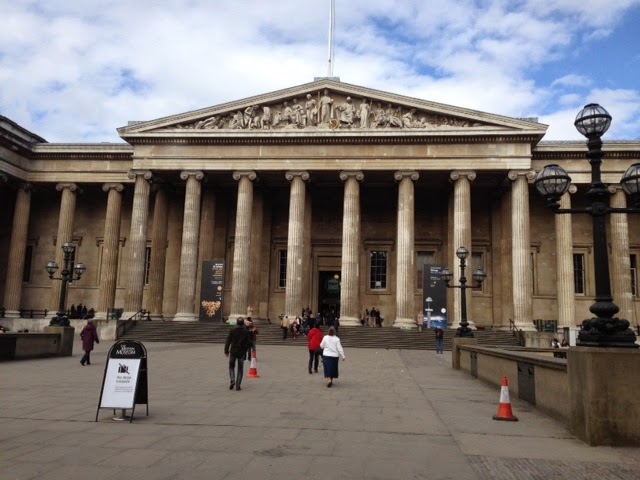 Now the British Museum here in London has joined in with a superb exhibition entitled Vikings: Life and Legend.  I went to see it last week and can highly recommend it – just make sure you have at least two hours to spare!  Not only is it very popular and therefore crowded, but you just won’t want to leave because there is so much to see and absorb.

At the entrance, I almost had goose-pimples because the first thing you hear are a man and a woman reading something out in Old Norse.  Artefacts and books can only tell you so much, but to actually hear these people speaking to you – seemingly across time – made it all seem much more real somehow.  Despite being fluent in Swedish, I couldn’t understand more than the odd word here and there, but it sounded very familiar even so.

The Vikings have had a bad press, being portrayed as vicious killing, raping and plundering berserkers, but that was only a small fraction of the Norse population.  For the most part they were farmers or traders, living peaceful, if sometimes adventurous, lives.  They travelled far and wide in search of trade goods and markets, making the most amazing journeys all over the known world and beyond.  Looking at a map which shows their far-flung destinations, you can’t but feel awe at their achievements.  They may have been ruthless, but they had enormous courage and determination too.  And their boat-building skills were second to none. 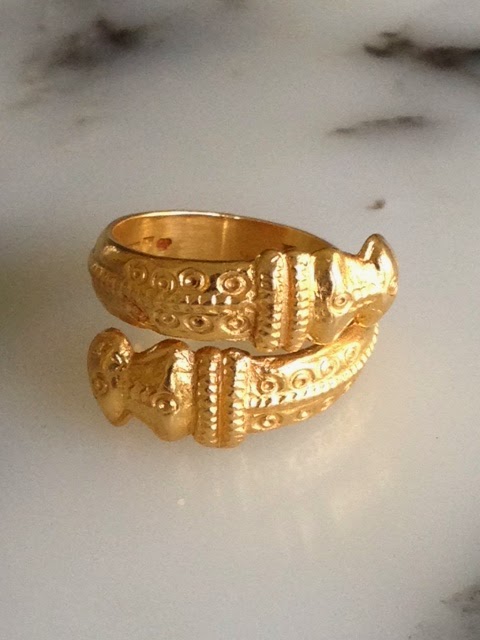 Their own culture was extremely rich, with almost every main household having a skald (bard) to tell stories and keep the myths alive.  The craftsmanship shown in even everyday items, with carving and inlay of various kinds, is breathtaking.  As I made my way round the exhibition, I couldn’t take my eyes off the beautiful sword hilts, wooden objects and jewellery, everything covered in swirling motifs of outlandish fantasy creatures twisting this way and that.  But the Vikings were practical too - one particular necklace made of pure gold had originally weighed 2 kg (4.4 lbs) and although it was gorgeous, the owner mostly used it to twist bits off to give as gifts to loyal retainers – what a waste!

The pièce de résistance though is undoubtedly the enormous ship that is displayed (having been transported over from Denmark) – over 37 metres in length, with space for 40 pairs of rowers, it’s the biggest Viking ship ever found.  As I stood next to it and underneath it, I could really imagine crossing the North Sea in such a ship, and it was no wonder the sight of them scared the poor Anglo-Saxon monks.  It is quite simply awesome!

I came away, determined to write a Viking story next – watch this space!

Posted by Historical Romance Author at 11:40 AM

I really hope you do write a Viking story Christina! I can't wait. xx

You're right, Christina, the Viking exhibition is fantastic. I thoroughly recommend it, too.

I've always loved stories about a clash of cultures: he's a Norseman, she's Irish, sort of thing. And they have to work out a relationship which can accommodate them both.

You go for it, Christina!

What an informative post Christina. A novel based on the Vikings would be really interesting, as we only hear of their violent side. It would be great to have a more rounded picture.

Thank you all, I will definitely have to write one now! And yes, I agreed, 'culture clash' stories are always great and make for plenty of conflict between the protagonists :-)

I'd love to get the chance to see this exhibition. We lived in Denmark many years ago and got to travel around Scandinavia.

That sounds like something my daughters would love. We're off to see the Viking Ship and other Viking exhibitions in Oslo on Tuesday.

This sounds like the next best thing if you can't get to Oslo!

Angela, after seeing this exhibition, I really want to go to Denmark to explore further! And Norway as well, Beverley :-) If you are going to the British Museum though, make sure you book tickets online well in advance or you won't get any!

Nonna Blog said...
This comment has been removed by the author.
1:15 PM

Thank you for this write-up of the exhibition, Christina. I'm definitely booking it up!

There is a priory on the coast a few miles form where I live where the Vikings attacked -this is so interesting!

Kirsty - oh dear, poor them! But yes, it's interesting stuff :-)

eToro is the ultimate forex trading platform for rookie and pro traders.