It’s over a hundred years since the sinking of Titanic, but the disaster still resonates with us today. The ship struck the iceberg on the night of April 14th, 2012 at 11.40 pm and sank in the early hours of April 15th at 2.20 am. I’m going to be blogging about my historical romance set on board the ill-fated ship. 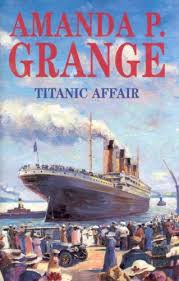 I believe it’s important to keep the story of Titanic alive because, to quote Edmund Burke, “Those who don’t know history are doomed to repeat it”.

Writing Titanic Affair was a new experience for me. Although I’d written a lot of historical romances by the time I wrote Titanic Affair, they were not based around any specific event, so the research process was very different. It was very important to me that the book was factually accurate and so I turned to survivors’ accounts and newspaper reports from the time, as well as the findings of the official investigation. I knew that my book would cover the entire voyage and so I didn’t just research the disaster, I also researched accounts of life on board before disaster struck.

My heroine, Emilia, is leaving England to live with her godmother in Ireland. She is poor, but her godmother has given her a first-class ticket and so she is able to enjoy everything the first-class passengers have at their disposal. One of her friends on board uses the gym, with its cycling and rowing machines as well as its more exotic pieces of apparatus such as an electric horse and an electric camel. She visits the Turkish Baths, with their lavish Moorish-style decorations, but stops short at using the swimming pool. She eats in many of the cafés and restaurants including the Café Parisien, with its beautiful trellis work and wicker furniture. She also dines in the dining saloon as well as the à la carte restaurant, which was run by Monsieur Gatti, who had previously managed the restaurant of the Ritz. 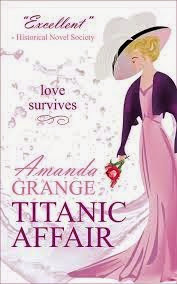 But her plan to stay with her godmother is destroyed when she runs into an old adversary. By the time she escapes, Ireland has been left behind and she is forced to remain on board as the ship heads out to America. Which brings her into an increasingly close relationship with  the wealthy Carl Latimer . . .

You will find a lot more about life on board, as well as the love story between Emilia and Carl, in Titanic Affair. It’s in a special promotion at the moment on the Kindle. You can buy the book at Amazon UK
Amazon US
Posted by Historical Romance Author at 3:05 PM

I'm very impressed by your research into exactly what was on offer aboard the Titanic, Amanda. I just love the electric camel in the gym!