Crowns through the Ages

This week I visited the Tower of London to see both the World War I poppy installation and also to go on a tour of the Tower itself. My favourite part of the day (other than seeing the extraordinary and poignant poppy display) was an exhibition called Crowns through the Ages. These spanned the Georgian and Victorian eras and it was fascinating to see them.

The earliest crown on display had been worn by George I at his coronation in 1714. George decided 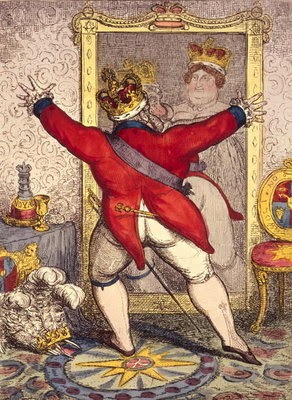 to have a new crown made as Charles II’s crown from 1661 was in a poor state of repair and George also wanted to make a statement of “new dynasty, new crown.” It was set with stones of glass and paste rather than precious jewels but in 1727 these were removed and diamonds were hired especially for the coronation of George II. I was fascinated to see how many diamonds they had brought in for this purpose and wondered where you would source such a huge pile of precious stones!  I could imagine the lenders counting them in and counting them out again very carefully.

George III recycled the crown but his son George IV had a new diamond crown made for his coronation. It was the most lavish in the collection (why does that not surprise me?!) but again the diamonds were borrowed and although George was determined that the government should buy them he failed to convince parliament that it was worth the expense. Because of the frugal tradition of hiring rather than buying the gems, most of the crowns in the exhibition were therefore set with false stones or were just empty frames, which was interesting to see but rather sad. 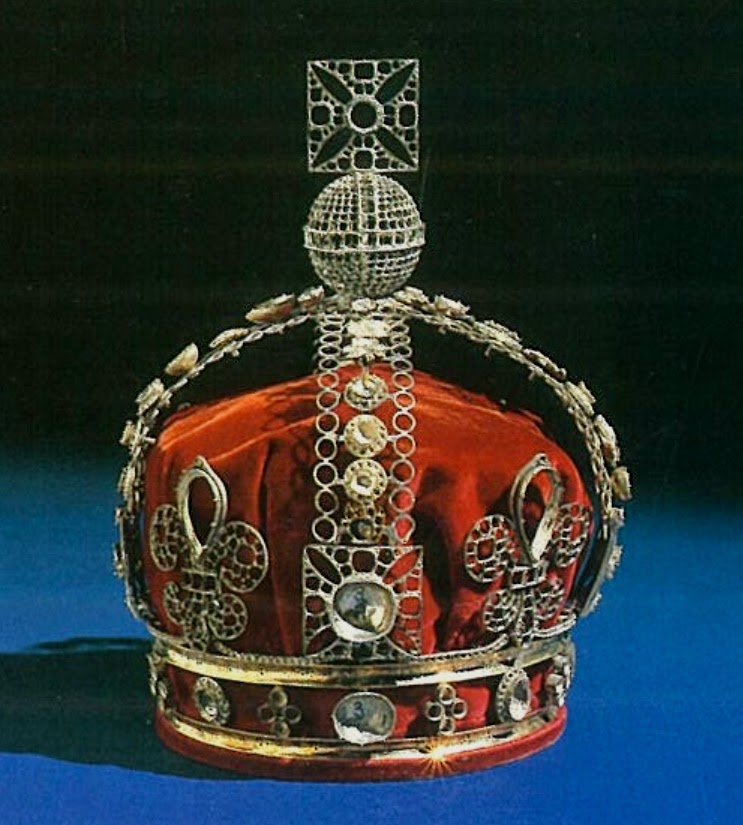 My favourite crown was that of a Queen Consort, Adelaide, wife of William IV. This had been made especially for he coronation in 1831 because the previous crown, that of Mary of Modena, second wife of James II, was considered too “theatrical.” Adelaide’s crown was a gorgeous, rich scarlet velvet that looked beautiful with the silver. The other thing that struck me from looking at Adelaide’s crown and that of Queen Victoria was what small heads they must have had!
Posted by Nicola Cornick at 8:36 AM

What an interesting post, Nicola! I agree with you that Queen Adelaide's crown is rather special - much more subtle than one would expect, somehow. Perhaps is that the frame is silver rather than gold.

I'd always assumed that the crown the Queen wore at her coronation in 1953 with the Black Prince's ruby etc dated back to Charles II at least. It's interesting to learn that it must be a comparatively recent crown.

Is the Black Prince's ruby in George III's crown, do you know?

Thank you, Elizabeth. Yes I was surprised and a little disappointed that the crowns didn't date back earlier but apparently they don't wear well and bend and buckle after a few decades! I believe that the current crown only dates back to 1937 but that the Black Prince's Ruby has been taken in and out of crowns for centuries! I afraid I don't know if it was in George III's crown though.

How odd that crowns don't wear well - especially when you consider that they're only worn for a few hours. Perhaps it's something to do with the weight of the stones. I believe that Queen Victoria found her coronation crown very heavy.

Great post, Nicola, thank you. I love the cartoon, too. It would be nice to think crowns dated back centuries, wouldn't it? However, I do think someone has missed a trick - one of us has to write a book (series?) called The Buckled Crown.....

Thanks, Sarah! The Buckled Crown could be a winner - dropped, squashed, sat on or generally decrepit! There were a number of stories about how crowns had fallen off and come to grief. Perhaps that's why they don't last long. As Elizabeth said, if they are very heavy there's more chance you could lurch forward and send it tumbling to the floor!

I love going to the Tower and looking at all the crown jewels, especially the crowns. I agree with you - those ladies did have very small heads! :-)

There is so much wonderful history to enjoy at the Tower, isn't there, Christina. We didn't manage to get around everything in a day.

I wonder if a small head was considered a sign of good breeding??!!