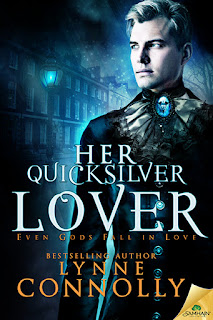 Later this month, the last in the series, “Even Gods Fall In Love” is released. At least, it’s the last for now. I have many more stories to tell about the gods in the eighteenth century, but this book brings the series to a natural hiatus.
The series centres around a club set up by my hero, Mercury, or Amidei, the Comte d’Argento, in St. James. I wanted the club to be as true to its period as possible, with one exception––it allowed women to be members. With goddesses and immortal woman wandering around, that had to be possible.
In reality, women were explicitly barred from the world of the gentleman’s club. They had their own literary salons and gatherings, but not the kind of clubs that would rival the likes of Whites, Boodles and St. James.
Since I set most of my books in the 1750’s, this was a very early time in the development of the club. So I dived (or dove?) down the rabbit hole of research.
Very enjoyable it was, too.

The first club to have its own purpose-built premises was White’s, in St. James’s, across the road from St. James’s Palace, the official residence of the monarch, although the Georges usually preferred to live somewhere else.
White’s was soon followed by others, like Brooks', Boodles and the Atheneum, which were castigated as dens of iniquity by the moralists of the age. Here the fever for gambling gained its height, and the likes of Fox gambled their hearts out, in between attending Parliament to govern the country.
Before the big clubs of St. James’s, and even during it, came a plethora of smaller places, more gatherings of people (men!) than premises. It’s generally acknowledged that the clubs evolved from the coffee-houses of the City of London, but establishments like the Pudding Club, and inns like the Cheshire Cheese in Fleet Street, the favourite haunt of Johnson and his crowd, gathered.
Men also formed clubs for more nefarious activities, many of them sexual. The Hellfire Club may have been a kinky sex club, or it may have been more, but orgies definitely went on there. What was the Royal Society but a club of like-minded gentlemen who decided to study the sciences?
While it’s natural to condemn them for their single-sex policies and their more debauched activities, the clubs were an important part of the development of British society, and the furtherment of knowledge. As well as being a way to have a jolly good time away from the ladies!
But what were the ladies getting up to? Ah, that’s the question!