What Are Young Men to Rocks and Mountains?

I fell in love with the Lake District a long time ago, and the fact that it's mentioned in 'Pride and Prejudice' my favourite story of all times, might have had something to do with it, even though, thank goodness, Elizabeth never made it to the Lakes and stopped in Derbyshire instead. 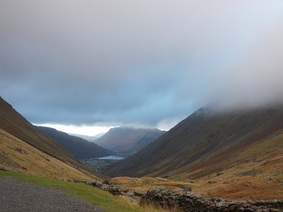 'What are men to rocks and mountains?' she rhetorically asks her aunt in a moment of frustration with Mr Bingley, Mr Collins, with Mr Wickham a little (she hadn't heard the truth about him at that point) and great deal with Mr Darcy (ditto).

Elizabeth's frustrations aside, she might have had a point. The sights are astounding!

Just a few hundred yards from where the above picture was taken, there is an old inn.

Apparently, there has always been an inn here from 1496 onwards, so when Mr and Mrs Darcy went to the Lake District at some point or other after their marriage – as they must have done, to make up for the trip that never happened – they might have stopped here, at Kirkstone Pass Inn. 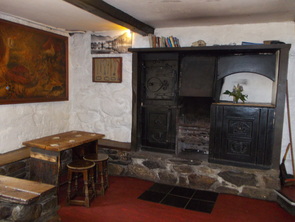 Or maybe they stopped here, even though it’s not on the beaten track, and it’s unlikely that they would have gone mountaineering on the nearby Crinkle Crags, no matter how much Elizabeth might have loved the wide open spaces! Still, it’s a lovely place, some 300 years old and converted from a dairy, the proprietor said.

The 'Rules of the Inn' are worth a read as well. There are fourteen altogether, but here are a few: 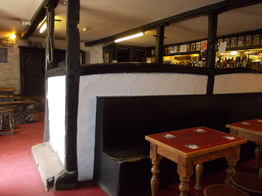 No. 4: Only coins of the realm may be tendered for the purchase of liquor. Cheques or notes of hand will not be accepted from those below the rank of Royal Duke. (So even Darcy would have had to pay hard cash!)

No 8: The following penalties may be invoked for swearing: an oath 1d, a curse 3d, a blasphemy 6d, it being for none but the proprietor to categorise.


No. 10: There may be no dicing, whether the die be fair or loaded.

No. 13: No spirituous liquors shall be served for the consumption by dogs, except before fights.


And lastly, No. 14: Seamen and travellers are invited to be moderate in the telling of tall stories, lest the credulity of the company be strained, and the King’s peace threatened.


So I suppose that with all the travellers, the dog-fighting, gambling and brawling, this might have been a bit below par for the Darcys – but wherever they might have stopped, I hope they enjoyed their trip, and were delighted with the scenery, as well as with each other! 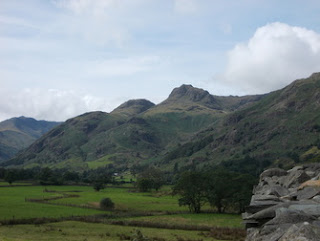 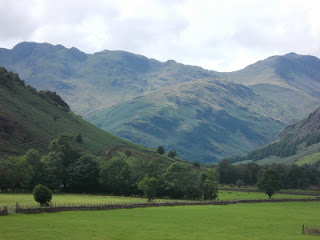 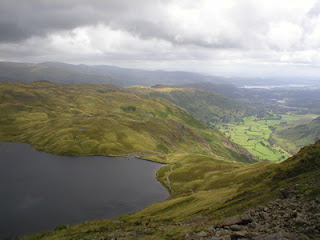 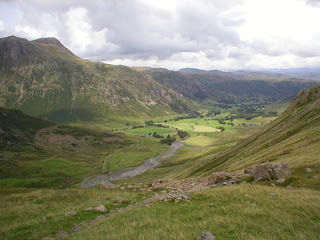 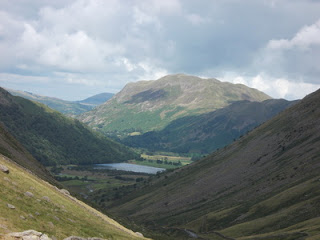 I only wish I could follow them to Pemberley!

Posted by Joana Starnes at 9:30 AM

I really enjoyed this post, Joana. I just loved the Rules of the Inn. The landlord was obviously a man with stern moral principles and woe betide anyone who dared to behave in a way he thought unseemly!

I found myself wondering how he would have reacted to Lady Catherine - it would be like the Clash of the Titans!

What a great post, and such lovely pictures, Joana, thank you! How horrid to think of giving dogs "spirituous liquors" before a fight - to make them more aggressive, perhaps. Ugh.

I've always thought they must have gone to the Lakes-that Darcy would have wanted to treat his wife to the trip she missed out on- your suggestions for inns are wonderful-love the rules! Gorgeous photos too, Joana.

Thanks, Elizabeth, I'm so glad you liked the post! Oh, that would be quite a Clash of the Titans indeed :D although the real-life landlord was nothing like the Rules. Maybe it was a former incumbent :)

Thanks, Melinda, I'm so glad you liked the post and the photos!! So true about the dogs. I hope it was a joke, but sadly they probably did that and worse 200 years ago...

Thanks, Jane, you're so kind! Yes, so did I, I'm sure he would have loved to show his beloved wife all this beauty. Such romantic spots too! Kirkstone Pass is awe-inspiring, but then so is the whole of the Lake District, magical place. I loved something I found in a book once, that Coleridge went for a long-distance trek from Keswick with nothing but some port and a fresh pair of socks. No mention of Goretex :D and port not ideal for dehydration, but there we go :)