There is a small but telling episode in Chapter XI of Mansfield Park, where Maria and Julia Bertram, Henry Crawford and Mr Rushworth (Maria Bertram’s fiancée) are clustering round the piano. It is a November evening, and the young people are arranging candles in preparation for some glee singing. Fanny, Edmund and Mary Crawford are standing by the window. 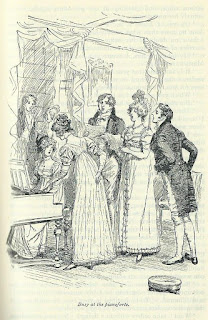 
Glee-singing had been a popular pastime since the 17th century. Glees are part songs, usually written for three voices; they are rounds, like 'London's Burning'. Particular favourites were the Damon and Amaryllis songs, composed in the 17th century and popular until the 1850s.


The three Damon and Amaryllis songs are perfect for a little covert flirting. (I happen to know because I have sung them.) So I thought it might be interesting to look at them more closely. What are the words and do they have any relevance to the story? 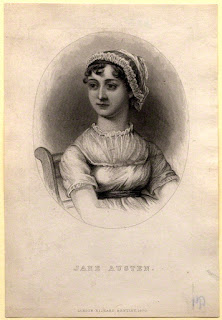 
The first song is Turn, Amaryllis.
Turn, Amaryllis, to thy swain, thy Damon calls thee back again./ Here is a pretty, pretty, pretty arbour nigh,/ Where Apollo cannot spy./ There let us sit and while I play,/ Sing to my pipes a roundelay.
The last two lines hint at a double-entendre – whatever Damon and Amaryllis are up to, they don’t want Apollo watching. What, exactly, we might ask, does Damon mean by ‘pipes’ and what ‘roundelay’ does he have in mind? 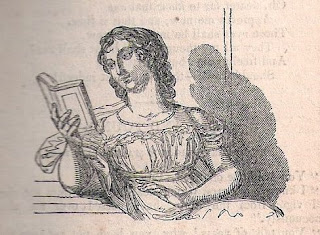 The second Damon and Amaryllis song is Go, Damon, Go.
Go, Damon, go, Amaryllis bids adieu,/ Go seek another love, but prove to her more true./ No, no, I care not for your pretty arbour nigh,/ Although great Apollo cannot spy./ Nor will I sit and hear you play,/ Nor tune my voice to your roundelay!
Amaryllis is plainly not impressed and accuses him of being unfaithful. Plenty of scope for lovers there! I can imagine Maria Bertram smirking to herself.

Jane Austen may well have known the Damon and Amaryllis glees, and, intriguingly, they echo something of the Crawford – Maria relationship triangle. It is obvious that Damon has been playing his pipes to more than one nymph – just as Henry Crawford has when amuses himself by re-stoking Maria’s affections whilst, at the same time, and more seriously, courting Fanny. And Maria is also guilty of encouraging Henry’s attentions when she is already engaged to Mr Rushworth. A number of people clustering round that piano in Mansfield Park would have been ‘in the know’ or, at the very least, guessed something of what was going on.

Jane Austen does not tell us which glees the Mansfield Park group were singing but the Damon and Amaryllis  songs are typical of the genre. I think we can be sure that the glees singing on that November evening would have been pretty emotionally charged.

How interesting, Elizabeth. I haven't read Mansfield park for a long time, because it is not a favourite, but I must admit the more I learn about that period the more absorbing the stories become. Time for another dip into MP, I think!

Thank you for another fascinating insight into Austen's world

Thank you for dropping by, Melinda/Sarah. I think Mansfield Park may be one of those books which appeals more as one grows older. I used to be very dismissive of Fanny but now I see her as a strong character - she's the only person in any of Jane Austen's novels who actually mentions the slave trade, for example! She asks Sir Thomas about it - which I think astonishingly brave of her, considering that he's a slave owner himself. Though, alas, we don't hear the answer.

I agree that perhaps Mansfield Park isn't one of Jane Austen's books that is as immediately appealing as some of the others. I have definitely become fonder of it as I have got older and it is full of subtleties, as you demonstrate, Elizabeth. Another fascinating blog piece!

Had to laugh at the words of the song. Extremely naughty, and possibly amazing they were sung in polite company. I suppose the ladies were "not supposed to understand" the double entendre. Love your posts and these deconstructions. Clearly your forte, Elizabeth.

Thanks for your comment, Nicola. I'm delighted you enjoyed it. I wonder what happened to Susan, Fanny's sister. Joan Aiken had her marrying Tom in 'Mansfield Revisited.' And how Mary Crawford fared.

Ah! That's just your wicked mind, Elizabeth! It's all perfectly innocent and I'm sure Mr Rushworth didn't notice a thing!

A wonderful post Elizabeth, an absolutely fascinating insight! I am enjoying Mansfield Park more as I grow older too - so much to discover.