The Savoy Chapel: A John of Gaunt whisper

Some years ago, at a Romantic Novelists’ Association conference, I heard Professor Jenny Hartley give a talk on popular Women’s Fiction – she was researching it at the time. At the end, after the questions, she said, ‘I’d now like to ask you a question: how many of you have read Katherine by Anya Seton?’ 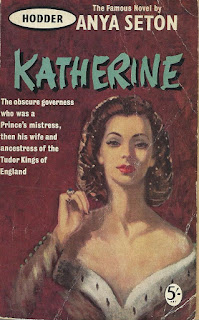 
A forest of hands shot up. The entire conference had read it. I myself read it as a teenager and loved it. It’s a terrific read. First published in 1954, it’s the story of a herald’s daughter, Katherine Swynford, who was first the mistress and then the third wife of John of Gaunt, a marriage which scandalized all Europe. It is one of English History’s great love stories and it truly changed the course of history; for Katherine became the ancestor of the Tudors and thus of Queen Elizabeth II. 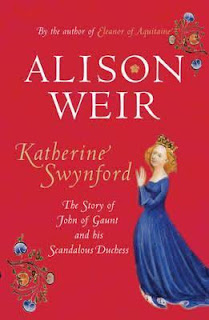 
More recently, at a Historical Novel Society conference, the historian Alison Weir spoke about her new biography of Katherine Swynford. She was aware that most of the audience had probably read Anya Seton’s book, and she began by telling us she, too, had learnt of Katherine’s existence from Katherine, and paid a graceful tribute to Anya Seton’s research and the power of her story-telling. Research, however, has moved on and now we know much more about Katherine's life. 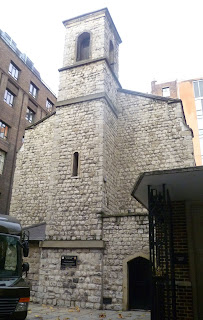 The Queen’s Chapel of the Savoy


So, when the opportunity came up to visit the Queen’s Chapel of the Savoy, standing on the very site where John of Gaunt had built the Savoy Palace which features largely in Katherine, (who can forget that love scene in the Avalon Chamber?) I jumped at it. I knew that the Savoy Palace had been ransacked and burnt during the Peasant’s Revolt in 1381 but I assumed that the chapel must have survived.

Before the tour, our guide, Squadron Leader Thomas Leyland, asked me if I knew anything about the Chapel. I said, ‘Yes, wasn’t it part of John of Gaunt’s Savoy Palace?’ He gave a sigh and said, ‘I don’t know how many times people have asked me that question - dozens of times. The answer’s “No.”’ 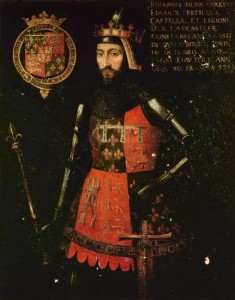 John of Gaunt: a 17th century copy of an earlier painting, now lost


I thought, and I bet all of them were female, had read Anya Seton’s Katherine, and were in love with that golden-haired, sexy Plantagenet, John of Gaunt. (Except that now I see that he probably wasn't golden-haired and sexy, but dark, saturnine and sexy. Still, I can live with that.
Having said all this, and despite my initial disappointment, the Queen’s Chapel of the Savoy doesn’t disappoint. The Savoy Palace remained a ruin until the site was cleared on the orders of Henry VII (John and Katherine’s great-great grandson) in order to build a charitable foundation for a hundred ‘pour and nedie’ men, including the present chapel, in 1515.


Two hundred years of subsequent neglect (it was never properly endowed) followed. In the early 19th century, the most of it was demolished and in 1820-21, the ruinous chapel was restored by Sir Robert Smirke, architect of the British Museum. Only the east, west and north walls and the perpendicular windows of Henry VII’s chapel survive. (Unusually, the chapel is orientated north-south rather than the usual east-west.) It was engulfed by another fire in 1864. The chapel we see today is the result of sympathetic post-fire reconstruction by Sir Robert’s brother, Sidney; I think he did a good job. 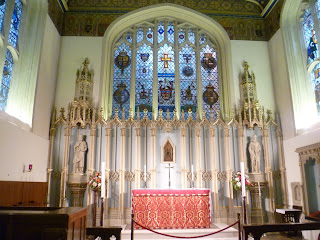 The altar
The early 16th century perpendicular style is a sort of airy Gothic which I find very attractive. I love the view towards the high altar with the delicate 19th century Gothic-style reredos behind the altar. 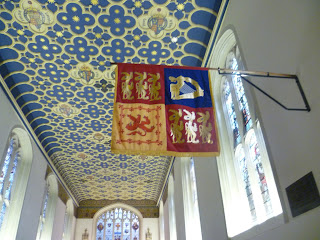 
The wonderful blue and gold ceiling is believed to be a copy of the original Tudor building and it’s decorated with shields within quatrefoils with the coats of arms of various dukes of Lancaster associated with the Savoy, including, of course, John of Gaunt’s, with its gold on red Plantagenet lions quartered with the gold on blue fleur de lys of France. 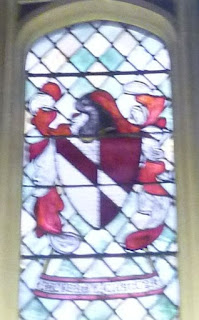 To my pleasure I realized that there were, in fact, a couple of small reminders of John and Katherine’s story. As well as John’s coat of arms on the ceiling, one of the chapel windows has Geoffrey Chaucer’s coat of arms. Katherine had known him well; he had married her sister, Philippa, who was lady-in-waiting to Queen Philippa, Edward III’s wife, and John of Gaunt’s mother. 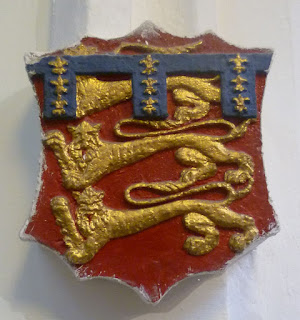 
The chapel itself is, and always had been, a private chapel of the Sovereign, and thus independent of Church of England jurisdiction. Like Westminster Abbey, it is a ‘royal peculiar’. It is an integral part of the royal Duchy of Lancaster and its coat of arms is everywhere. 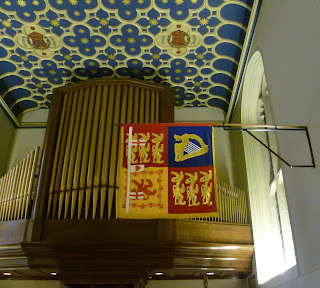 Princess Anne’s banner with her coat of arms


Since 1937, it had been the chapel of the Royal Victorian Order, an order which is solely in the gift of the sovereign for exceptional service to the crown. Princess Anne is the current Grand Master of the R.V.O. and her banner hangs from the chapel wall.

It’s a lovely and tranquil place to visit.

Sounds lovely, but like you, I was a fan of Katherine in my teens. It's such a wonderful love story. Haven't read it for years, but may revive it, I think, now you've reminded me. Also interested in the biography you mention. Thanks for flagging up.

Thank you for your comment, Elizabeth. I re-read 'Katherine' before writing this post and it's still a terrific read. Anya Seton has created a convincing 14th century 'voice'; she doesn't go in for cod-Medieval language, for example. And the characters come across as real for the period, not 1950s people in fancy dress - and that's pretty unusual.

Thank you for another fascinating post, Elizabeth. Not only do you give us the low-down on your tour, but also some lovely photos to go with it.

I now have another book for my reading list, plus some serious re-reading to do!

Thank you, Melinda/Sarah. I'm delighted you enjoyed it. It was an interesting tour of the Savoy Chapel - though not quite in the way our guide probably thought! He seemed bemused by the dozens of people who, over the years, had all linked the chapel with John of Gaunt, and he obviously hadn't a clue why!

Interestingly, after John of Gaunt's ruined palace was cleared when Henry VII built the hospital for the poor and needy men on the site, he included chapels to St John and St Catherine - and I wondered if that was deliberate. After all, Henry VII was John and Katherine's great-grandson, and maybe he wanted, subtly, to acknowledge the connection.

That's a nice thought, Elizabeth - I m very happy to believe it!

I don't think it's at all far-fetched, Melinda/Sarah. We know that John dedicated a chapel to St Catherine in thanks for Katherine's safety during the Peasant's Revolt. So why shouldn't Henry VII dedicate chapels to his great-grandparents' patron saints? It was thanks to his Beaufort ancestors that he became king, after all - even though it was a dodgy claim. The Beauforts, although legitimated on John and Katherine's marriage, any claim to the throne was deliberately excluded.

A fascinating post with sumptuous photos, Elizabeth. It's many years since I read Katherine, but I'd love to visit it again and Alison Weir's book too. When I was a history teacher I devoured Alison's non-fiction books-my pupils heard many passages read out loud-she's brilliant at bringing history to life.

Thank you for joining the conversation, Jane. Alison is a most interesting speaker, too. I learnt from her book 'Katherine Swynford' that, during the years Katherine and John were apart, he continued to send her gifts, especially of wine, and he financially supported her. There were constant letters to 'Our well-beloved Lady Kateryn Swynford'. She was obviously never far from his thoughts.