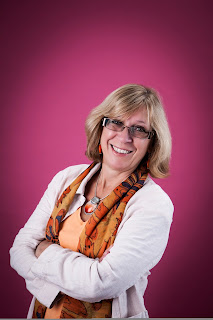 My September release, Pursued for the Viscount's Vengeance, is my 25th book for Harlequin/Mills & Boon and it will be available for sale from mid-August.

I will be celebrating with a Goodreads Giveaway for the book later this month, so do look out for that, and I am also planning a major giveaway to celebrate reaching this wonderful milestone, so if you want a chance to win the prize enter then please do visit my Facebook and sign up for my newsletter (the button for this is on the left had side of the page).  Here is the link -
page https://www.facebook.com/sarahmalloryauthor/

In the meantime, to whet your appetite, here is a sneak preview from the beginning of the book. First, when Deborah is at the assembly and knows someone is watching her....

Deborah’s spine tingled as she went down the dance. He was here again, the stranger in the shadows, watching her. She had never seen him clearly, but she was aware of him, it was as if she could physically feel his presence. As the dance ended and she accompanied her brother from the floor she glanced across the room. Yes, there was the tall figure of the man she had noticed around the town several times in that past few weeks. He kept his distance and was always just turning away whenever she glimpsed him, or disappearing into a doorway. He was plainly dressed, but he carried himself with such assurance that she was sure he must be a man of substance.


Not for the first time she thought of telling Ran, but what could she say, that she had noticed the stranger on several occasions? The man had not accosted her; she had never caught him ogling her. Indeed, he had never been that close to her, but somehow her body knew when he was in her vicinity. She sensed him, like a wild animal sensed danger.

Next, the moment Deborah and Gil meet for the first time - an unplanned encounter, that leaves them both shaken....

Deb had been lost in her own thoughts, hurrying to return the shawl her kind friend Lady Gomersham had loaned her and get back to Randolph, but the near collision brought her to a sudden halt. She was murmuring her apology even as the gentleman scooped up her parcel. It was then, as he straightened and looked at her, that she recognised him.
Manners were forgotten. Deborah stared at the man as he handed back her package. He had been a shadowy figure for some weeks, but fate had given her this opportunity to study him and she took it. She observed every detail: the near black hair, the slate-grey eyes set beneath curving dark brows, the unsmiling mouth and strong cleft chin. The lines of his lean face were too angular to be called handsome, but they were further disfigured by a thin scar that ran down the left side, from temple to chin.
All her suspicions were confirmed when he met her eyes. His was not the look of a man who had just bumped into a stranger. The intensity of his gaze made her tremble inside and set her pulse racing, but the next instant he had stepped back and was smiling politely as he tipped his hat to her and strode on. Deb clutched her parcel and remained frozen to the spot, trying to quieten her pounding heart. She must not turn back. She must not stare after him. Summoning all her willpower, she forced herself to walk on around the corner and out of sight, but for the rest of the day she carried his stern, unsmiling image in her head. The Man with the Scar.

***
So, who is the Man with the Scar, and why is he watching her? Deb can think of no reason why anyone should show such interest in her. Her conscience is quite clear and her quiet life has so far been completely uneventful. Now, however, everything is about to change.

Pursued for the Viscount's Vengeance is a rip-roaring adventure full of romance and danger. I hope you will enjoy reading it as much as I enjoyed writing it, and I hope I shall go on to write another 25 romances! 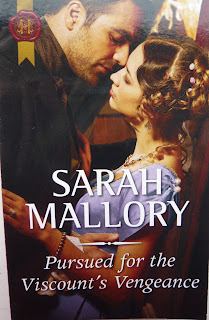 Pursued for the Viscount's Vengeance will be released mid-August and available in bookshops and online.

Thank you, Elizabeth - now I am busy writing no 26!

I love the extracts, Sarah. You are obviously on tip-top form! Good luck with the next 25 books.

Do you need free Google+ Circles?
Did you know that you can get them ON AUTOPILOT & ABSOLUTELY FOR FREE by registering on Like 4 Like?