We novelists do like giving ourselves problems. One of the ways we do this is by finding some kind of niche within our particular genre. As if it isn't bad enough that Regency has its own parameters and restrictions merely by the fact of being set in a particular period.

I always think of Regency romance as fairytales for grown-up little girls. I've never lost my love of the fairytales that enchanted me as a child, and writing Regency is a bit  like writing a fairytale.

For one thing "the past is another country", and for another there is still the basic boy meets girl, boy loses girl, boy gets girl that is the standard romance trope. Within that the permutations are endless. 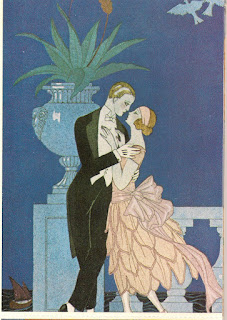 However, we are still restricted to the confines of the period, although we do have to take liberties or there wouldn't be any story! The truth of the matter is that marriage in the Georgian and Regency period was very much an arranged affair on the whole. Of course people fell in love, but often couldn't marry the love of their life. Engagements often went on for years and years while the man in the case followed his profession and stabilised his income to be able to afford a wife.

Jane Austen's Charlotte in Pride and Prejudice is likely closest to the norm. She married a man she despised because it gave her independence from her family, took her off her father's hands as an expense, and provided her with her own household to run. She was 27 and if she had refused Mr Collins, she would likely have remained a spinster, a drain on her family and obliged to help out wherever she was needed in exchange for her keep. 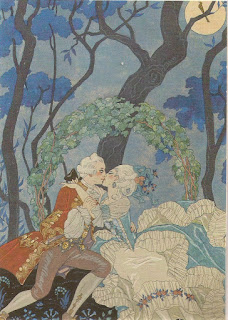 Thus we can't stick with that particular truth or where is the romance? And so we are writing a fairytale dressed up in the parameters of the time and with some or many of the rules broken - depending on the author's personal feeling about sticking with period detail.

You can also be stymied by the requirements of the publisher. For example, when I began writing for Mills & Boon many moons ago, I could include lots of secondary characters, plenty of adventure and some fairly chaste sex. Over time, editors began to request us to concentrate on the developing central relationship and keep periphery characters to a minimum, but ramp up the sensuality. Adventure went out of fashion and then came back in later.

There is therefore a freedom in writing for yourself and putting your own work out there. But we authors seem to be bent upon giving ourselves a headache. What do I do but decide to write a series about Cinderella heroines - that is, those women who (like Charlotte) have missed the boat or didn't "take", as well as those stricken with poverty, or who have to earn their own living, or those orphaned poor relations made into drudges. In other words, the no-hopers who either never expect to be married or are confident of being left on the shelf. These are my Brides by Chance. 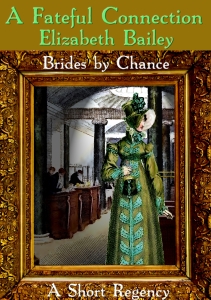 Why, I hear you cry, is this a problem? Well, I've given myself the headache of finding ways for these girls to meet a hero when they aren't even debutantes (mostly) and to find a way for them to become respectable enough to be married to a hero who is at least an earl. It's vital for him to be a high-ranking peer or where's the Cinderella element?

Right now in the wip I'm struggling with Hetty, a heroine whose father has lost his expectations and thus she and her twin are now poor and unable to have another season, and the new duke of the district who just happens to be a recalcitrant type with an in-built resistance to conformity. Well, he has to, doesn't he? Otherwise Theo is not going to flout convention - which dictates he marry a female of high rank, excellent family and prospects - and plump instead for our highly ineligible disaster-prone miss with an excess of sensibility and a tendency to weep at the slightest provocation. She's a fighter though and gives as good as she gets.

Actually, I love having to be inventive to overcome the restrictions. Although I never know how in the world I'm going to do it while I'm writing the book. I just start with a heroine, a hero and a premise and off I go, hoping something will occur to me to make it all come right in the end.

Posted by Elizabeth Bailey at 3:59 PM

What an interesting post, Elizabeth. I've always enjoyed romances where hero and heroine come from opposing sides. He's a Norman knight, she's a Saxon lady whose estate had been confiscated; she's from a rich Puritan family, and he's a Cavalier who's lost everything and is on the run.

Or, coming to Regency times, he's a cash-strapped aristocrat and she's from a wealthy Trade background, or the reverse, she's an impecunious French aristocrat, fleeing the Terror, and he's a wealthy London business man. For me, there's something very romantic about a man and a woman from very different backgrounds learning to adjust to each other.

Thank you, Elizabeth. Yes, it does make for interest when there are barriers to cross. The trade/aristocrat divide is particular hard to cross, I think. I've not done that one myself, though I did have a widowed heroine who had been more or less sold into marriage with a tradesman by her father. However that was past tense. She, though, was rich and he was a poverty-stricken poet, though of respectable birth, so there was still a divide - so that kind of fits the cash-strapped versus wealthy trade you mention.

Your post exactly defines the parameters of a Regency romance tale. It's amazing how many different ways we find to bring our heroes and heroines together, whatever the obstacles of birth and background. I just love making an impossible match happen. [And I love reading all the different versions of what you so beautifully describe as fairy stories for grown up little girls.]

Of course, if our heroine was like poor Charlotte Lucas, the story could not be called a romance, which, to me, justifies all the unusual antics and adventures of the main characters in these stories. No doubt in real Regency era life, there were just as many determined and forceful females running businesses and estates as there are in any time period, whatever the official spin was.

I'm sure you are right, Beth, about the forceful females. Some of them wrote books which are left to us. But I fear they were few and far between in terms of having any real influence. Men ruled the day and once married, your poor wife really was subject to whatever her husband chose to throw at her. But I do think many women did run estates. Most of the time they were pregnant anyway, so couldn't do too much gadding about!

(Sorry to be late responding. Only just found your comment!)