April in the Big Easy

And it’s April, nearly May!
Things come and go in writing. At the end of the year, my series with Kensington, The Shaws, is coming to an end. I’ve run out of Shaws! But I’m writing another series, and keeping my fingers crossed that they take it. 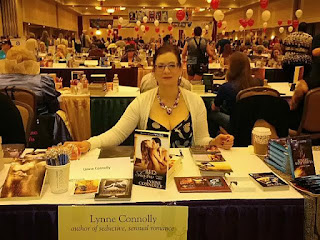 That’s how it goes; sometimes there are so many deadlines you’re frantic, and other times it’s slow, and you wonder if it’s ever going to pick up.
Anyway, while I’m waiting to see, I’ve been tidying my computer up a bit. And found some photos I took of New Orleans. 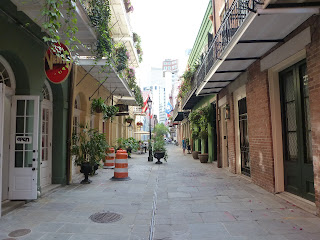 When I visited the city a few years ago, I fell in love. I’ve been there again. It has been connected with Europe for longer than most of the rest of the country, since the seventeenth century. And it was dominated by the French until independence, when the Americans moved in.
Every building in the French Quarter has a history. I stayed in a hotel that was haunted by soldiers from the American Civil War, but I never saw any. Still, it was a lovely hotel, developed from a private courtyard house. I ate in an old inn that used to be the main market for the slave trade – I was glad I didn’t find that out until we left and I read the plaque outside.
New Orleans’ history is filled with action. It is the site of the Battle of New Orleans, where the French actually beat the British. Unlike, say, Waterloo! 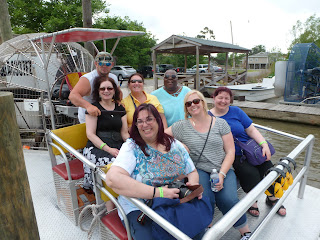 Walk up Royal Street and every block is occupied by a jazz band. Different styles, different music, but all so good it’s easy to spend a day there enjoying the music and the history that leaches from the walls. It has a pharmaceutical museum, and while not as magnificent as the dispensary in Madrid, it’s still fascinating. While the city is obviously full of tourists, it’s also very much a working city. The tourists haven’t pushed out the residents. Temperance Hall and the renamed Louis Armstrong Park shows where the man who was a major influence in developing a new kind of music learned the new rhythms brought by the drummers from Africa.
There’s a hotel that used to be the haunt of great writers, and has a carousel bar that revolves slowly while you have your mint julep. On the following block a chain pharmacy, Walgreens, bears a sign that says it’s the site of the bank where the name “Dixie” was coined – it was based on the banknotes, which had the French “Dix” for ten on them. 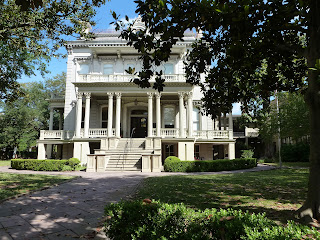 You can go to the old plantations nearby, learn about the differences between Creole plantations and American ones, and the terrible history of slavery that taints this part of the country. Take a trip into the swamp, see the alligators and the amazing places where the Cajuns live.
And the atmosphere is like nowhere else I’ve ever been. Along with the decadent Laissez le temps rouler, there is a fierce pride in the place.
If you get a chance, go. Just go.

It looks, and sounds (in all senses of the word) really interesting, Lynne. If I get the opportunity, I shall certainly go.