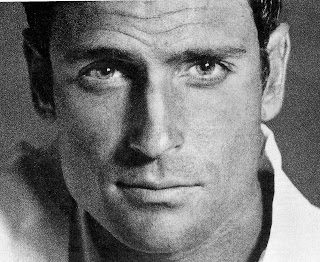 I usually create the physical appearance of my heroes and heroines out of my imagination and whatever is lurking in my subconscious and rarely from photographs, but, for some reason, with the Regency continuity I am working on with five other authors, I keep stumbling over images that match my imagination in quite extraordinary detail.

The heroes of my two books in the series are brothers – serious Marc (right) and Bad Boy Hal (below). 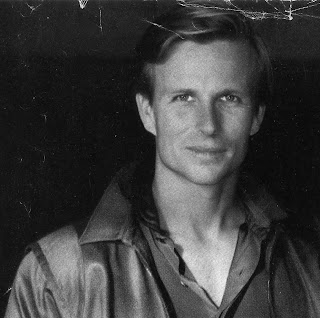 I’d been thinking about them and they were becoming strangely familiar – and then I found them sitting in my ‘Faces Folder’ where they've been for more than five years. Now they are pinned up above my desk supervising my writing and making it to hard to concentrate sometimes. I hadn’t looked in that folder for ages, yet they’d obviously made themselves at home in my head.

Then, even though he isn't one of my heroes, I found I keep seeing Stephano, the mysterious dark man who haunts the entire series. First I spotted him in the Canadian Olympic men’s synchronised diving team, then I caused a minor domestic incident in the middle of Dijon (in the rain) by insisting that my husband photograph him modelling on a Diesel perfume poster in a posh beautician’s window and now he has appeared as Mr January in the French rugby team’s steamy Dieux de Stade 2009 calendar.
And further marital disharmony was caused by my spotting Julia, Hal’s heroine, in a Dijon museum and wanting her photographed, despite the fact that she was behind glass and 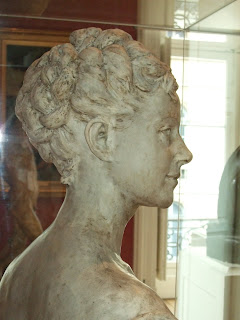 thoroughly awkward to capture. The attendant was obviously in full sympathy with DH’s muttered monologue while he wrestled with filters and lenses, but I didn’t feel up to explaining, in French, why I was being so thoroughly difficult when the museum was full of much easier subjects!
Louise Allen
Posted by Historical Romance Author at 5:00 AM

Email ThisBlogThis!Share to TwitterShare to FacebookShare to Pinterest
Labels: Dijon

So husband didn't do a Basil Fawlty and just say to the attendant, "She's a writer, you know" ?

I love the beautiful sculpture-what a lovely heroine!