Hope you had a good Christmas

I myself had a lovely quiet Christmas, which was what I'd hoped for.  We've been so busy lately that many things have had to wait, including my writing.  I shall be glad to get back to it as soon as I can, but first we have to move, which should happen in the next week or two, fingers crossed!

I had hoped to put up a Christmas story for my readers but it did not get done.  However, I shall probably finish it once we're settled, because it is about other things than just Christmas.

On the Mills & Boon front there are lots of good things in the pipeline.  Hostage Bride was published at the beginning of December but a new Regency trilogy begins in paperback in February.  I think the 3 books will be coming out successive months or at least very close together.  It begins with The Disappearing Duchess.

There are several other titles either in the queue or being read and most of them are Regency, though there is one more of the Melford Dynasty.  The Lord's Forced Bride was the most popular of the series up until now but I think the new one, set mostly in Cornwall may prove popular too.

I am looking forward to 2012, though I doubt I'll make new resolutions.  Does anyone ever keep them?  I've tried but I think change comes gradually when you want it.

I should like to wish all my readers a Happy New Year.  Also the other authors on this blog - success and good health and happiness to you all. 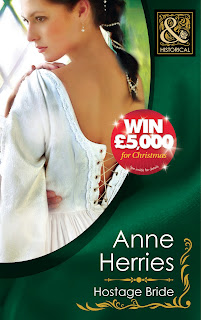 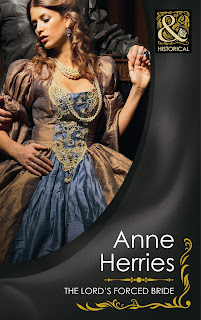 Love from Anne Herries (Linda Sole)
Posted by Historical Romance Author at 11:32 AM