Why Was Wellington's Horse called Copenhagen?

I had heard of the Battle of Copenhagen, and knew it was a naval battle, but I had always assumed it had been against the French and had always wondered vaguely why called his horse . 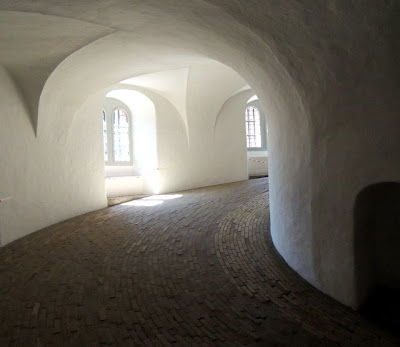 Then when I visited recently I climbed the 17th century Rundetarn () and discovered why. The was the university’s observatory and has no steps until you get right to the top, just a beautiful circling brick slope. Close to the top is a chamber with exhibits and one of them, in a void under the floor, was a book from the university library with a large chunk ripped out of it and the shattered remains of a shell. The label explained that this was part of the dreadful damage done when the British bombarded the city in September 1807. 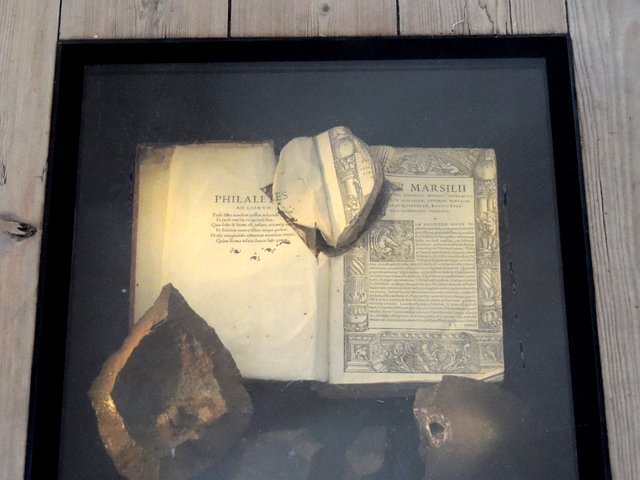 Wondering rather nervously why the Danes were so pleasant to the British if we had done that much damage – and confused about what had happened when I’d always assumed Denmark-Norway (as it was then) was neutral – I climbed to the very top of the tower and saw why it had been such an easy target. The views are fabulous (and for those who are fans of Scandinavian crime drama on TV, the bridge in the far background of the shot is "The Bridge").


When I visited the excellent I discovered what had happened.


Danish and Norwegian commercial shipping thrived during the French wars with in the late 18th century – sailing under a neutral flag they did business with both sides. But by 1798 had control of the world oceans and did not want to stand by while neutral countries traded with and broke their blockades, so the British navy began to intercept cargoes destined for .


Danish-Norwegian shipping began to sail in convoys with  naval escorts, leading to numerous armed skirmishes and in December 1800 Denmark-Norway joined a league of armed neutrality with , and . retaliated by sending a fleet under Admiral Sir Hyde Parker, with his second in command, Lord Nelson, into the Baltic. On April 2 1801 the British attacked ferociously with over 15,000 shots fired in four and a half hours. Many ships fled or were captured and Nelson came ashore and threatened to burn all captured ships, regardless of their crews. The government backed down, allowing to take control of the Baltic and to cut off all cargoes that would benefit . 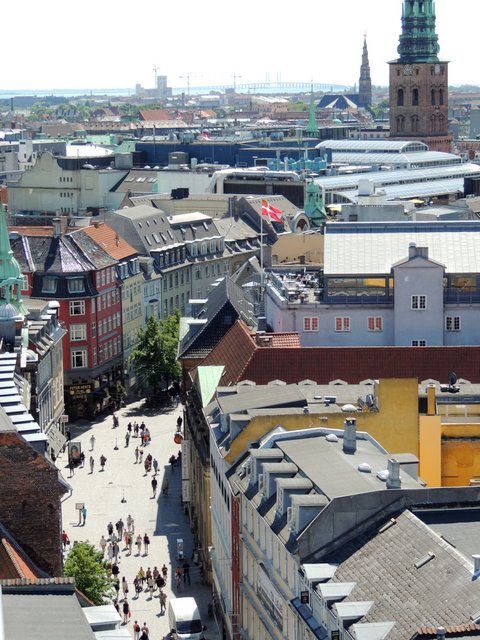 The Danes now found themselves in an impossible position. The French marched into and the British were in the Baltic – they were caught in the middle. The British government believed the French would invade and take over the sizeable Danish fleet and so asked them to hand over the ships. On the other hand the French were pressing them to allow their troops onto Danish soil. The Danes held out for neutrality but were so beleagured that in August 1807 they effectively declared war on .


British troops under General Wellesley (later ) fought the land battle of Koge, just south of and the city was encircled and bombarded by shells and Congreve rockets from land and sea between 5-7 September. There was vast devastation – almost 30% of the city was in ruins –  and the loss of over 2,000 civilian lives.


The Danes capitulated and the British took their naval stores and the entire fleet – including eighteen ships of the line and eleven frigates. It was not until 1814 that the Treaty of Kiel finally ended hostilities.


So now I know why called his horse – but I still don’t know why the Danes are so nice about it!

The horse's name was one of those "useless facts" I learned from quizzes at school, but like you I didn't know why until recently, when I researched the Battles of Copenhagen for a recent book.

So glad the Danes didn't hold you personally responsible, Louise!ndsefes 4

That is indeed a mystery, Louise! But the Danes are very laid-back people so I guess they just accepted the inevitable and moved on :-)

What a fascinating post, Louise. I loved the photo of the winding passageway up the tower.

Wellington's horse Copenhagen was stuffed after his death and can now be seen in the National Army Museum in Chelsea, London.

It's a very fascinating piece of history, and I have read several books (one a children's book) on the subject of the British shelling of Copenhagen, from a Danish perspective (in Danish). And you bombed us again in the 1940s!

Are we nice about it? You might think so, but we're just waiting for the right moment to get back at you... ;-)

The special stuff given by you is simply amazing that I would love to look at. It simply allows me to feel awesome and enrich some special experiences.
Kolkata Escorts
Kolkata Escorts services
Escorts in kolkata
kolkata independent Escorts

Not really dano anglo relations didnt improve for a hundred years. And by that time the danes still didnt like the english they just didnt care about them. During from 1807 and til the start of 1900 it could be fatal to be a english talking person in Denmark and especially in Copenhagen. Not until Montgomery liberated Denmark in 1945 did the danes start to become friendly towards the brits again.
And during the 21th century the brits have officially apologized for the shelling by bringing a ship clock from one of the abducted ships as a present to Denmark and a token of the mutual friendship between Denmark and Britain.

Ohh but they did. Not until the beginning of 1900 did this change. And that was merely because the danes feared to be invaded by Prussia again as we were in 1864. At that point the danes choose to live with the humiliations of 1807 and 1864 and stopped caring about any one else than our selves. But if you spoke english in Copenhagen during 1800 you were in risk of getting beaten to a bloody pulp. The danes didnt forget but after the state bankruptcy of 1813 we just didnt have the means to keep fighting and sending soldiers into battle.

This is very well written. However I have few things that I would like to clarify. The danes didnt go into war with Britain until the british emisary told the Crown Prince that the british army would attack if the fleet was not surrendered.
Wellingtons horse were indeed named Copenhagen, but Ive read quite a bit about this, and I dont believe the horse name nor the city has anything to do with one another.

Welcome to the VIP Escorts in Lahore , Lahore is the capital city of the Pakistan province of Punjab. It is the most packed town in Pakistan, There is no deficiency of things in Lahore city and each sort of thing is accessible here. What's more, individuals living like, time goes through with family, Entertainment with companions and Enjoy individual existence with own style, all that Lahore Escorts . Yet at the same time numerous individuals are not content with their life in light of the fact that the existence of an individual is going on consistently like each day and there is no adjustment in it and that is the reason the man doesn't carry on with his life joyfully.

So there are a ton of choices for anybody to settle on the best decision. You will feel

Love to provide you the Sex Girls In Lahore . Make a call for your online booking


https://callgirlslahore.website/ is one of the biggest escort models and high-class independent call girls agency in Lahore. Our Agency is providing extremely Educated, Beautiful, attractive, and skilled Lahore Escorts which fully satisfy you. We are the only professional agency with a great collection of high profile Escort Service In Lahore . Our Lahore Escorts Models are very talented and serve many offers and master a variety of skills like dancing and all types of escort services. In addition, our beautiful girls give an option of in call and out-call service. Choose the service which is most appropriate for you.

Tell our escort service provider about the requirement you want in a girl and we will provide you with the best options for you so make a call now and confirm your booking. You just need to select the escort that you like and send a message on WhatsApp or dial the highlighted number for the call 0305-3777077 to an online girl booking in Lahore .

After agreeing to the terms you can dial an Uber or Cream for the girl to come to your place and hotel room. Rates are negotiable and depend on the girls and their services our starting rate is 25,000 Rs. Our escorts agency In Lahore provides independent Lahore escorts girls from below are readily available to ensure that your trip to Islamabad is memorable. best Escorts In Lahore ..