My first Elizabeth Hawksley novel, Lysander’s Lady, (1994) was written on a typewriter – I had yet to be dragged into the computer age. It was literally cut and paste, not to mention a lot of Tippex. So when I began to think about e-books, my first job was to get my back list onto my computer, re-typing if necessary. Fortunately, most of them were already on the computer, even if some were on Amstrad floppy disks. I began working backwards. 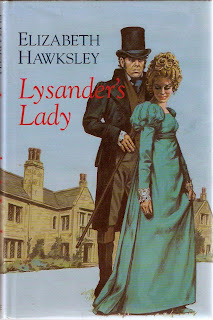 Now, I’m back at the beginning with Lysander’s Lady, (1994). I started by re-reading it; I was worried that it might have become dated. The book had done quite well. It had been published in the UK by Robert Hale, and by St Martin’s Press in the USA. It had gone into large print both in the UK and the USA. And it had also been published in Poland as Guwernantka. However, re-reading it made me wince in places.

Yes, it was a lively romp, but, my goodness, how I’d head-hopped! And there were far too many overlong sentences. Take the opening sentence of Chapter 3 where the seventeen-year-old Lady Arabella is having a French lesson with her governess, Miss Lane:

Miss Lane, whose migraines were only equalled in severity by her determination to inculcate into her charge in the principles governing French grammar, arose from her bed of sickness and decided, once more, on a fresh start. 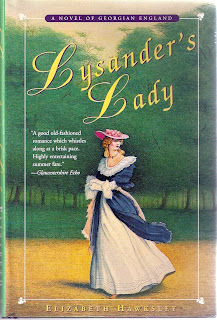 What a length! I could see, very clearly, how much I’d been influenced by Georgette Heyer. She went in for eighteenth-century Johnsonian prose, full of literary Latinate words like ‘inculcate’, and long, convoluted sentences. There was also more than a dollop of Oscar Wilde’s The Importance of Being Earnest, with Miss Lane playing the part of Miss Prism, and Arabella (I hate French!) as the naïve Cecily Cardew who rebels against her ‘Horrid, horrid German!’

I needed a second opinion; so I took the first four pages of Chapter 3 to the fortnightly meeting of the Islington Children’s Writers’ Group. The members are published writers of children’s books, ranging from picture books for the very young, to gritty teenage stories. My Regency romance offering was definitely not their normal thing! 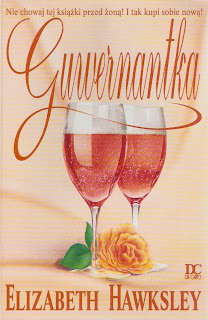 For a start, it was much racier than they were used to: Lady Arabella storms out of her French lesson, and speeds off to an assignation in the woods with farmer’s son, Josh – where things get decidedly out of hand. The group, to my amusement, reacted to this scene with hysterical giggles. But they were also very helpful. That first sentence had to go, or at least be pruned severely. They also had useful comments on how the reader views Arabella: is she a monster or just a minx? And they didn’t like the head-hopping which is an absolute no-no for children’s books.

But they certainly wanted to know what happens next! So now I’m typing the book out, editing as I go. It is taking its time - I have to earn a living, after all - but it is much improved. Once it’s done, all my back-list will be on the computer, edited and ready to go.
Wish me luck.

Elizabeth Hawksley
Posted by Historical Romance Author at 10:07 AM

It is quite an eye-opener looking at previously published books, isn't it? We suddenly realise how much our style has changed.

Good luck with the re-typing, Elizabeth, I am sure you will enjoy revisiting the story.

Where can we find your e-books?

Thank you for your comment, Melinda/Sarah. I want to release my ebooks in order of publication. I'll announce it with a fanfare in due course.

Good luck, I'm sure they will be brilliant once you have finished! And I love the quirky Polish cover :-)