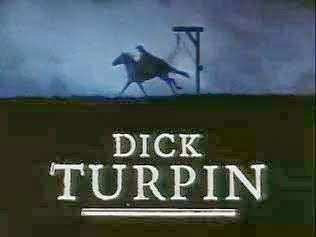 On this day in 1739 Dick Turpin, one of the most famous highwaymen in England, was hanged at York for stealing a horse. The historical Dick Turpin was, of course, very different from the romanticised image of the highwayman that sometimes appears in historical fiction. Turpin was a thief and a murderer. In his own times he was not the most famous of highwaymen and after his death he was forgotten for a hundred years.

It’s interesting how outlaws can become heroes, both in historical fiction and in the heritage industry. Some of my favourite fictional heroes are pirates or smugglers or highwaymen. In Georgette Heyer’s books I have a particular fondness for Nick Beauvallet, the pirate hero of Beauvallet, and for Ludovic Lavenham in The Talisman Ring. Jane Aiken Hodge's book Watch the Wall, My Darling was one of the first historical romances I read and I loved the free trading hero. My very first book had a highwayman as hero. It was never published but I have retained a fondness for highwaymen and have written pirates and smugglers as well.

So how and why did outlaws, from Robin Hood to Dick Turpin, become heroes? Why is the highwayman sometimes a romantic and glamorous figure? He is usually portrayed as a dashing miscreant or likeable rogue.  He is a hero in the public imagination whereas in reality, he (or she) is a criminal. There is a suggestion that the outlaw personifies some of the aspirations that lie deep in many of us to be a devil-may-care individualist and go our own way. In addition, it takes courage and confidence to hold up carriages; it requires strength of personality as well as force of arms, superb horsemanship, stamina and patience. The highwayman of myth embodies gallantry and courtesy, and faces death with a swagger. Horses were expensive and were therefore usually ridden by a “gentleman” unless, of course, the highwayman was also a horse thief.

Highway robbery flourished at a time when the hold of government and of law and order was incomplete or when forces of government were unpopular or illegitimate. There is usually the implication that the outlaw is a wronged character, either personally or by powerful and corrupt government forces. 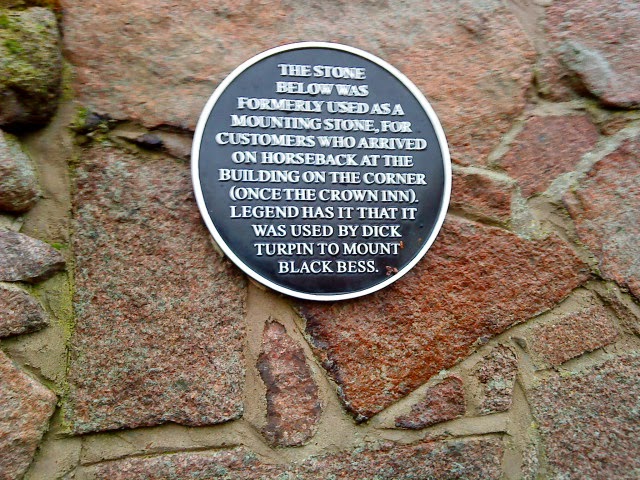 made him a character in his first novel, Rookwood. Ainsworth invented Turpin’s famous horse, Black Bess, and attributed to him the famous ride from London to York, which was actually made by a completely different highwayman. Turpin’s fame and hold on the popular imagination grew from there. I vividly remember the 1970s TV series Dick Turpin which was one of the many costume dramas I loved as a child. It did a great deal to instill a romantic love of history in me!

Do you enjoy books with outlaw heroes, whether they are highwaymen, pirates or free traders? Do you have any favourites? And why do you think they are popular?
Posted by Nicola Cornick at 8:39 AM

What a strange coincidence that I happened to check this blog today as I have just published my first highwayman novel!
Like you I have a fondness for highwaymen, pirates and other rogues, and I think you hit the nail on the head when you said that the romantic view we have of these characters is tied in with the aspirations that lie deep within many of us. Who could fail to admire someone who goes his/her own way and achieves success at it?
The sad reality is that highwaymen and pirates were probably ruthless and brutal individuals, and robbed wherever they could regardless of whether their victims could afford it or not.
But the romance endures. And they make great characters in the story!

They do indeed make wonderful characters, Henriette. I'm looking forward to your book very much!

John Julius Norwich says of his: 'He was outstandingly handsome and had a success with women approaching the legendary; indeed, he has a good claim to be one of the first examples in history of radical chic.'

After he was hanged at Tyburn, his admirers gave him a magnificent funeral at St Paul's church, Covent Garden.

The epitaph on his tombstone begins:
Here lies Du Vall, Reader, if Male thou art,/ Look to thy purse, if Female, to thy heart.

I do love reading about highwaymen. There have been a couple of historical romances that I've read that involved highway men. (I even own a novel.) I find that they make the stories exciting. Also Horrible Histories made me love them even more. Although it's comedy it's very hilarious. I'd love to read more historical romances on highway men.

Swoon, Elizabeth! Duval would definitely have been fun to bump into on a dark night!

I love the Horrible Histories highwayman as well, Cherishyork! Such fun! A highwayman definitely brings a touch of excitement to a story.

In the same vein I found Smuggler the 1981 TV series with Oliver Tobias.

Thank you for such fascinating information and great memories

Ah, those were the days, Elizabeth! I'd forgotten about Smuggler. I'm beginning to see why I was so heavily influenced to write historical romance!