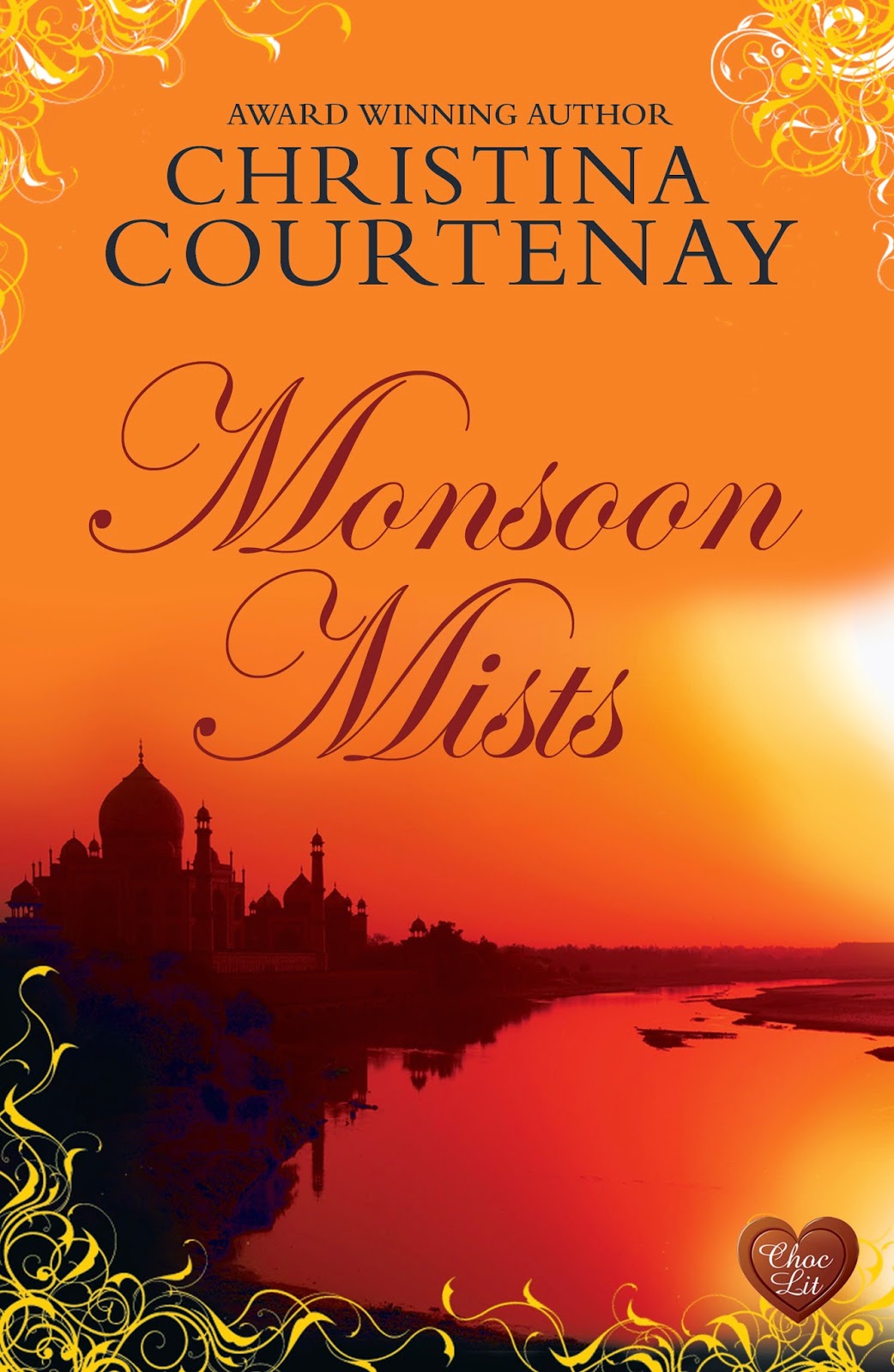 This month has seen the publication of the final part of my Kinross trilogy, Monsoon Mists. Set mostly in India, in 1759, the story follows the adventures of Jamie Kinross, younger son of the couple in Trade Winds (book 1) and brother of Brice from Highland Storms (book 2).  It feels like I’ve come full circle now, although there are other members of the Kinross family trying to invade my mind so who knows?  I may return to them in the future.  In the meantime, here is the blurb and a short excerpt from Monsoon Mists:-

Sometimes the most precious things cannot be bought …

It’s 1759 and Jamie Kinross has travelled far to escape his troubled existence – from the pine forests of Sweden to the bustling streets of India.

Jamie starts a new life as a gem trader, but when his mentor’s family are kidnapped as part of a criminal plot, he vows to save them and embarks on a dangerous mission to the city of Surat, carrying the stolen talisman of an Indian Rajah.

There he encounters Zarmina Miller. She is rich and beautiful, but her infamous haughtiness has earned her a nickname: “The Ice Widow”.  Jamie is instantly tempted by the challenge she presents.

When it becomes clear that Zarmina’s step-son is involved in the plot Jamie begins to see another side to her – a dark past to rival his own and a heart just waiting to be thawed. But is it too late?

The smile Mr Kinross sent her this time was nothing short of dazzling. Zar was glad she was sitting down as it definitely did something strange to her innards. Then a teasing glint flashed in his eyes.
‘So have you thought any more about my proposition?’ he asked.
‘Which proposition would that be?’ Zar frowned, caught off-guard by his question.
‘To, er … amuse you if you’re in need of a diversion.’
Zar couldn’t stop her mouth from falling open, but shut it quickly again as she sent him her most quelling glance. ‘Really, Mr Kinross, I don’t know to what you are referring.’
‘Oh, I think you do.’
He was still smiling and Zar felt unaccountably hot all of a sudden. But she was also outraged. She would make it clear to him she was not that kind of woman.
‘I’ll have you know I’m a respectable widow. Neither you, nor anyone else, will ever set foot in my bedroom and I’d thank you not to refer to such things again.’
She turned to stare out the window while she tried to force her breathing to return to normal. For some reason she was having trouble inhaling enough air and it was making her chest heave unbecomingly.
‘Now that sounds distinctly like a challenge to me. Would you like to bet on it?’
‘What?’ Zar swivelled round and stared at Kinross. The effrontery of the man.
‘I’ll wager one hundred rupees that I will. Set foot in your bedroom, that is.’ He raised his eyebrows at her, as if daring her to accept. ‘Say, within the next two weeks?’ he added, a teasing note in his voice.
‘I don’t believe I’m hearing―’
‘Very well, two hundred rupees. Deal?’
‘Now see here, Mr Kinross―’
‘You drive a hard bargain, Mrs Miller. Three hundred it is.’
Zar almost stamped her foot in frustration, but managed to restrain herself at the last minute. ‘I’m not making a wager with you!’
‘Ah, you’re afraid you’ll lose. I thought so.’
His smug expression made Zar see red. She clenched her fists by her side and scowled at him. ‘I am not.’
‘Well, then, you almost certainly stand to gain three hundred rupees. That can’t be bad, can it?’
Zar took a deep breath and tried to think, but Kinross’s quicksilver gaze held hers and jumbled her thought processes. He was right. It would be the easiest money she’d ever earned. But then why was he even proposing such a thing? There must be a catch … For the life of her, she couldn’t think of one though. ‘Oh, very well, I accept your wager. But I’m not meeting you anywhere private for you to hand over my winnings, is that clear?’
‘Perfectly.’ He bowed. ‘I will allow you to decide entirely. If you win, of course.’
Zar was about to insist that she would, but just then her step-son came back into the room and she didn’t have a chance to say anything else.

Posted by Christina Courtenay at 2:12 PM