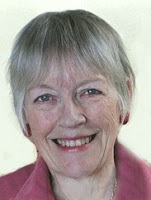 I recently posted on Facebook asking for suggestions for a first name for my current hero. He's an earl, so I know his title, Lord Kynaston, and because he has a sister I knew his surname. She's Lady Phyllis Delacorte. But first name? It had never come up. However, I'm sure that soon there'll be a scene with Phyllis and I assume she'll use his first name, so I need to know.

I do have a page on my web-site for period names, but I compiled it decades ago, simply taking names as I came across them in primary sources. There are so many more, but it'll give you an idea.

I had so many suggestions! Many were excellent, and some surprised me because to me they didn't seem "heroic" names. It might seem limiting to think that way, but names, and titles, have power in a story and even a simple sentence can be powerfully affected. Consider these.

So it matters, but one person's heroic name is another's turn-off. Though Rafe works above, to me a Rafe will always be a raffish, sneering, shallow sort of fellow. An ideal villain name.

Also, a name needs to suit the time and place. Some of the names suggested on Facebook were Scots or Irish. It's not very likely that an English nobleman in the Regency would be christened with such a name, because there was prejudice against both. I could come up with a reason, such as it being a family name on the mother's side, but that would be an unnecessary distraction in this case.

The same goes for most Old Testament names. We find names like Samuel, Seth, Abraham etc in lower class families, but rarely in the upper classes.

So what would be your top pick for a first name for an English nobleman in the Regency?

I'm particularly interested in hearing from British people on this, so there's a prize. If there are more than five suggestions from people living in the UK, I'll draw a name and one will win a copy of the new anthology The Last Chance Christmas Ball. So please say in your comment if you qualify.

I currently have my RITA Award winning Regency, An Unwilling Bride, on sale in e-book.

We're in the Thanksgiving weekend in the US, so I hope any American readers here are enjoying family and friends and not overdoing the eating or shopping. And for the rest, it's always good to take time to count our blessings. I hope you have many,

Giles, Robert, St John(pronouced as Sinjin) Tracy was original used as a male name as well. Of course you could have a Welsh name like Gareth or Geraint if the Hero or Villain had a Welsh parent,just saying (chuckle) I'm from LLanelli in South West Wales I. The UK. I'm currently trying to get copies of all your books I'm neat there just a few more to get.

I totally agree - names are so important! And it's strange how differently we view them. I love Rafe for a hero :-) James is my favourite hero name, though it gets used a bit too much. How about Jonathan or Nicholas? Look forward to hearing what name you eventually choose!

Interesting about J names, Fiona. Says a Jo. :) Mary, quite a few people on Facebook suggested Edmund, which I find interesting. It's not a name we hear much today, and to me it's very much a saint's name for some reason.

Susan, thanks for collecting my books! The print copies can be hard to find over here.

I like unusual or sophisticated names such as: Alexander, Karl, Joseph, Anthony, Ernest or Charles.

A very interesting post, Jo. Names have always been my thing. (I did two blogs on the subject: January 5 and February 5th, 2012 - I'm English). You are quite right; Old Testament names - which came in with the Reformation in the mid-16th century - tended to be confined to the lower classes in the Regency period. Saints' names went out - too 'Popish', not to return until the Oxford Movement in the mid-nineteenth century.

For upper class heroes, I suggest you consider names with a Latin or Classical basis, e.g. Justin, Julian, Marcus, Alexander, Lysander. Having said that, names that came over with the Normans (William, Walter, Robert, Richard, Henry, Ralph (pronounced Rafe), Hugh or Hugo, etc.), indicated their owner's ancestry - and a few names of Anglo-Saxon kings slipped into the OK list, too, like Edward and Edmund.

Alexander, Richard, Simon, Edward. I agree that names are crucial!

You can't go wrong if you use a king's name of the century preceding your story. But of course, they may be overused. Personally, I like names such as Christopher or Edward, shortened to Kit and Ned - so very English.

Got to be Lord Richard

I find it difficult to get into books where the names are too modern for the period in which the book is set. I have a cousin called Edwin which I find unusual, I don't know how common it was in the period.

I nominate Brook, in honour of the late Lady Margaret FitzWalter of Goodnestone Park, whose lovely memorial service I attended today at Canterbury Cathedral, as it was her (very gentlemanly) husband's name. And it goes well with your surname

Lots of interesting suggestions! As for king's names, it's George all the way, and I've done that -- times 3!

What about Benedict, Frederick, Charles, Arthur, Jonathan or Alexis? Or you could have a look at this website: http://www.behindthename.com. Lots of inspiration there.