It is always exciting for a writer to start a new series - at least it is for me. I have completed two WW2 series, Barbara's War (3 books) and Victoria's War (2 books). I am writing the fourth book in a Regency series, The Duke's Alliance, and there are two more to go. I completed a three book, At Pemberley, series of Jane Austen variations last year. I have just sent the third book in a Victorian series, The Nightingale Chronicles, to my editor and the fourth and final book will be written next year.
Ellen's War will have three books, the second, An ATA Girl, will follow her during her life as a ferry pilot. Strange that there were only two fiction books about ATA girls when I started writing mine but now there are at least two more that I know of about to be published.
I love the cover (J D Smith) it was shot for me so there will never be another one the same. I had the images for the other books done at the same time as well. Having unique covers makes me fell a very grown up writer. All my covers are wonderful and original, but I as we use stock images I often see the same model on other book covers.

Here is the blurb and the first page to give you a taster. Hope you enjoy it. I can't wait to get back to Ellie and write the next installment despite the fact that my desk will be piled high with research books/notes etc whilst I'm writing as I have to constantly check facts. I'm hoping this will be THE book and launch my career into the stratosphere. I can always dream - even after 60 books, that I have  written a mega-best seller. 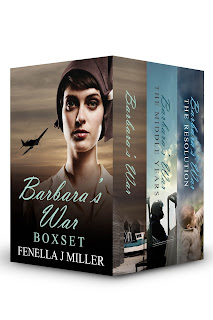 Ellie Simpson is a flying instructor and good at her job but war is coming and when it does she will no longer be able to do what she loves most -fly. The arrival of flying officer Gregory Dunlop, and the nephew of her boss, Jack Reynolds, in her life only complicates matters. When she can no longer take to the skies in her beloved Tiger Moth she decides to join the WAAF. Then tragedy strikes and she has to rethink her life.

'Well, Miss Simpson, what do you think?' Joseph Cross asked as he pointed to the de Havilland 60 Moth that stood proudly on the worn grass outside what served as a hangar.
Ellie wanted to hug him but thought he might not appreciate the gesture. 'I love it. Is it dual control?'
'No, but it has the usual two seats so can take a passenger.'
'Good – I've got more than enough pupils to teach. Since the Government subsidy last year every Tom, Dick and Harry wants to learn to fly.'
'I hope you don't expect me to pay you any extra, young lady. I reckon you owe me far more than your wages would have been for all the lessons and hours you've spent flying my aircraft over the past five years.'

She put her hands on her hips. 'Giving my brothers and me lessons at your flying club couldn't have been as much as the rent you would have had to pay to use my father's barns and fields.' He was about to interrupt but she continued. 'Not forgetting the fact that Dad bought the first aircraft and both Neil and George acted as instructors until they joined the RAF.'
He scowled but she wasn't fooled for a minute. 'The cost of one lesson is usually two pounds – the three of you never paid a penny…'
'Joe, I don't want to stand here arguing anymore. I want to take her up before it gets too hot. Are you coming with me or can I go solo?'
'Circuits and bumps only, my girl, no flying off into the wild blue yonder. There are three new enquiries to be dealt with in the office – I want you to sort those out this morning.'
The other aircraft the flying club owned were a Swallow and a Gypsy Moth. Both were fitted with dual controls. Joe had several clients who liked to go up on their own and poodle about until the fuel ran out. This de Havilland had been bought to satisfy those clients.
Sidney, the ground engineer, and the only other full-time employee, wandered out from the hangar. 'Nice little machine, Ellie, sweet as a nut. You going to take it up for a spin?'
'If that's all right with you, I'd love to. I'll not be long – I just want to get the feel of it for myself.'
'The bloke what brought it said it flies like the Gypsy only a bit faster. You'll have no problem – you're a natural. I remember your first solo flight when you were no more than a nipper…'
Joe poked his head out of the office. 'No time for reminiscing, Sid, let her get on with it. Just had a bell and we've got a new pupil coming in an hour.'
'Sorry, guv, I'll not hold her up.'
She collected her helmet and goggles and scrambled into the cockpit. Even though the weather was warm she needed her flying jacket on over her dungarees. It got a bit nippy a thousand feet above the land. After doing her preflight checks she taxied into position on the grass runway and took off.
An uneventful forty-five minutes later she landed smoothly and headed for the office to catch up with the paperwork. The new pupil, a middle-aged bank manager, decided after a couple of circuits of the field that he didn't want to learn to fly after all.
As they'd only been in the air for a quarter of an hour there was no charge. By the time her last pupil left the airfield it was almost six o'clock. Often they had to work until it was too dark to fly but tonight they'd finished early. Ellie left Sid to lock up and jumped onto her bicycle. At least in the summer Dad didn't come in for his tea until late so she wouldn't have missed her meal.
She pedalled furiously down the track, swerving instinctively around the dips and ruts, covering the mile in record time. She skidded into the yard, sending half a dozen chickens squawking into the air in protest, and tossed her bike against the wall.
With luck she'd have time to wash before her parents sat down to eat. It had taken Mum months to get used to seeing her only daughter dressed in slacks or dungarees. She might be a farmer's wife now, but she'd come from a grand family and had very high standards.
The fact that Mum had been disowned when she'd married a farmer should have softened her but instead, according to Dad, it had made her even more determined to bring her children up as though they were landed gentry and not the children of a farmer.
After a quick sluice in the scullery Ellie headed to the kitchen – she was about to open the door when she realised the voices she'd heard were coming from the seldom used sitting room. Mum insisted on calling it the drawing room, but no one else did.
This must mean they had guests. She looked down at her scruffy oil-stained dungarees and wondered if she had time to nip upstairs and put on something more respectable. Unfortunately, her mother must have heard her come in.
'Ellen, you are very late this evening. Had you forgotten Neil has a twenty-four hour pass?'

Posted by Fenella J Miller at 8:41 AM

I'm impressed by the number of books and the variety of their settings, Fenella. I hope you allow yourself some time off!

I will always write even when no one wants to read the books anymore. It's what I am and what I do to stay sane.