The Elopement of Elizabeth Ann Linley and Richard Brinsley Sheridan

This post was inspired by my recent visit to the wonderful Dulwich Picture Gallery, London – and what I saw there. 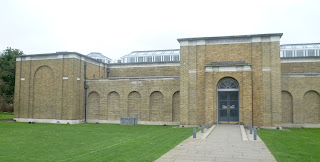 The Dulwich Picture Gallery is too long to photograph all of it at once. The entrance is in the middle, so you can judge the size for yourself.


The gallery, built by Sir John Soane to house the Bourgeois collection, has all of Soane’s trademarks: simplicity, elegance and style, and, thanks to his innovative sky lighting, it makes the most of natural light from above. It’s a great space in which to show off the paintings to their best advantage. 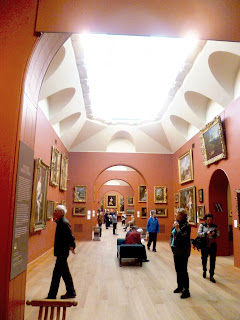 Inside the gallery; note the light coming in from the ceiling


For my money, the Dulwich Picture Gallery is just the right size. It’s not too big (I hate the feeling of cultural indigestion from Too Much Art) and it has some terrific paintings: among them the Linley Collection, the subject of this post, of which more in a moment. 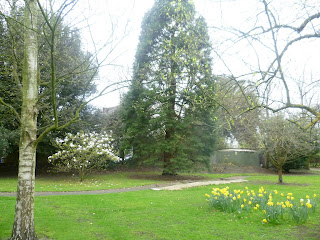 
Outside, the grounds are perfect for wandering round and admiring nature. There are plenty of chairs and tables to sit down and enjoy a coffee. When I visited, the daffodils were out, a magnolia was in full bloom, and a horse chestnut was just putting forth its finger-like leaves, now hanging down like green gloves, and the emerging small candles showed a touch of colour. 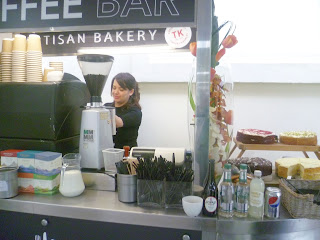 
There is a restaurant to one side of the picture gallery, or, if you prefer something less formal, with a coffee stall at the end of the corridor, the friendly Paola will make you the tea/coffee of your choice, and offer you a tempting array of homemade cake or biscuits.
But to return to the Linley Collection. 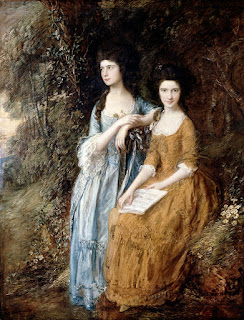 
The Linley family dominated musical life in Bath in the late 18th century. The father, Thomas Linley (1733-1795) was a music impresario and composer. He had eight living children (four died), all of whom were musically talented. The two daughters depicted above: Elizabeth, in blue, was one of the best sopranos of her day, and Mary, seated, was a successful singer and actress. 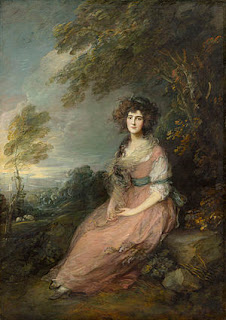 
Elizabeth made her debut at nine and became the outstanding soprano of her age, praised for her beauty, intelligence and modesty, as well as for her voice. The moment I saw her, I thought: she’s obviously a heroine.
But she has a problem: several problems, in fact. (As heroines do.) She is betrothed to a much older man she doesn’t particularly like; she is also being harassed by Captain Thomas Mathews, a married man and a friend of her father’s; and her father is working her far too hard. (The Bath Chronicle estimated in 1773 that her father had made nearly £10,000 from her voice – a stupendous amount of money at the time.) 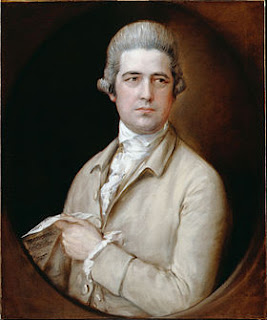 
Thomas Linley exploited the talents of all his children, particularly Elizabeth, fully. Too fully, perhaps: as one critic commented: ‘she has a sweet voice, but he makes her sing too much and too hard songs, for she is very young.’ She was about nine at the time.
Thomas became the director of music in Bath in 1771, manipulating the system so that he eventually controlled the oratorio seasons in both the old and new rooms – where his talented children, of course, performed. This was much resented by other musicians, who couldn’t get a look in, as well as by Elizabeth, whose health was fragile and who complained of overwork. 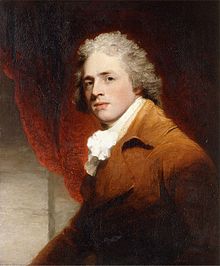 
Richard Brinsley Sheridan, born in Dublin, came to Bath in 1772. He was later to write those hilarious comedies, The Rivals and School for Scandal, and become a politician of note. However, in 1772, he was only twenty-one and he fell in love with Elizabeth. (Enter the hero.) The next thing we know is that he fought two duels with Captain Mathews (who’d written a newspaper article defaming Elizabeth – presumably out of pique), and was badly wounded.


Elizabeth suffers some sort of breakdown and flees to France, vowing to go into a convent (as one does) and Sheridan escorts her. They are passionately in love, but is it an elopement, or not? This is where the story gets messy; accounts of the episode vary. The lovers get married but, as she is under age, it’s probably invalid…. As a writer, I was fascinated by this story and longed to know how it all worked out. 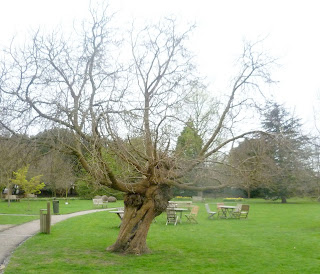 
For those of us who write novels set in the Georgian period, it’s not easy to find the heroine an interesting job. Work options for ladies were limited to being a governess or a lady companion. (Elizabeth Bennet in Pride and Prejudice commented that she’d like nothing less than being a governess.)


For a novelist, having a heroine who’s a governess at least solves the problem of how she meets the hero, but it has its limitations. However, a musical heroine has much more scope; her world is a wider one: she can travel to concert venues and meet suitable (or unsuitable) men as part of her job. If, like Elizabeth Linley, she is beautiful, intelligent, modest and talented, it could open a lot of social doors. And it was a lot better paid, too!


Novelists, take note!
Elizabeth Hawksley
Posted by Unknown at 6:49 AM

What a romantic story! I had no idea. Presumably they did stay married, though. And were they married in France, I wonder? Perhaps the age limit was not strictly enforced. After all, minors could marry in Scotland as we know, so maybe it was the same in France. I'd love to know the ins and outs of it.

They were eventually married - properly this time - in England. It's a fascinating story; not, alas, entirely a happy one, but married women didn't really have much option about things like work. For a married woman to sing professionally was not really on; and she was not legally entitled even to keep the money she earned.

Thank God for the 1870s Married Woman's Property Act! But, for poor Elizabeth, that was nearly 100 years in the future.

Satisfying and frustrating both. So bad for women at that time, being wholly dependent on the whims and character of their husband, or his generosity. It's a factor I manage to keep in play in my Lady Fan mystery series as sleuth and husband's ongoing relationship develops. Fortunately he is a real softie where she's concerned!

One of the fascinations of writing historical novels is how much one has to take these sort of things into account. The author Mrs Gaskell couldn't, as a woman, hold a bank account, so whenever she got a cheque from Charles Dickens for one of her serialized novels, she had to hand the cheque straight to her husband.

Fortunately, like your heroine's husband, he did realize that it was, in fact, her money and not his!

Thank you -an excellent and informative post as always.

Thanks for this, Elizabeth. We can become blinkered when we think of the past, and assume that everyone lived life according to the rules, so it's interesting to see that life held variety and not everyone did as they should. This is the stuff of novels, indeed: not the characters who go soberly through life, but the people who break out and live a life more extraordinary.

I agree, Amanda. And Sheridan and Elizabeth got themselves into the sort of emotional mess that often happens in real life - but which tends to be ignored in novels. She obviously hadn't a clue what she was doing: she wanted to get away from home; she was in love with Sheridan; she'd allowed herself to be persuaded by her father to marry an awful old friend of his; she was being pursued by a randy captain; and she wanted to spend the rest of her life in a convent. In short, she was in a real mess!

And Sheridan wasn't much better.

I understood that the Marquis de Lafayette whose help in the American revolution against Britain was essential himself married a bride of fifteen in 1774.