A short history of P 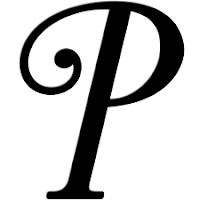 Nicola here. This is a blog about P. Not the letter of the alphabet but the other P. Today I am lowering the tone of the blog by talking about some of the use to which urine has been put throughout history. There are very few substances as versatile and useful.

The English language has developed many words to cover the action and the place where one might have a pee. The word urine comes from Latin urina and Greek ouron and its first recorded usage was around 1325 although the verb to urinate was not formed until the late 16th century. I much prefer the Old English word “lant” which was in use from about 1000. Unfortunately, in pee as in many other things, Norman French overpowered native English and lant fell out of use although a few odd references remained: Bess of Harwick is recorded as owning a silver lant pot and comb. It may be that she used urine as part of a dyeing agent to maintain the red of her hair.

In Scotland the word “wesche”, later wash, was another word for urine. 15th century Scottish poet 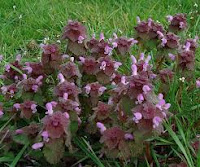 Robert Henryson recommends the following cure for insomnia: “Reid nettill sied in strang wesche to steip, for to bath your ba cod.” – Steep red nettles in strong urine and bathe your naked scrotum in the mixture. Worth a try?

The phrase “to take a leak” sounds relatively modern but was in fact in use in Shakespeare and makes an appearance in the 1796 Dictionary of the Vulgar Tongue by Francis Grose. Interestingly, the word “addled” meaning confused or slow-witted also originally derives from urine. Who would have thought that phrases such as “addle-pate” in Georgette Heyer’s books originate in the Old English “adela” meaning a pool of urine? The implication here is that the person who is addle-pated is not quite all there or only “half-baked” or “half-washed” and it refers to the use of urine in woollen industry (see below!)

Here are a few historical uses for urine:

Harris Tweed: I have a lovely vintage Harris Tweed jacket that I inherited from my husband’s grandfather. It’s warm, windproof and looks great. However occasionally when I wear it I get a faint but unmistakable scent floating up from the material that speaks of its origins. Until the end of the 20th century, the pee-tub was an integral part of the process for making Harris Tweed. The tub was a big wooden barrel with an iron lid, and chamber pots were emptied into it daily. The urine helped to fix dye colours to the wool. It was also used later in the process to remove any lingering oiliness from the woven fabric and to shrink it to the correct size. The woven tweed was soaked in a barrel of urine and stamped upon, an activity known as “waulking” and from which the surname Walker derives. Elsewhere in the UK this part of the weaving process is know as fulling or tucking and is again the source of a couple of surnames.

Alum: Urine was also an essential part of the English alum industry up until the late nineteenth

century. Alum is a mordant used to fix dye to fabric. Ships carried coal from Newcastle or Sunderland, off-loaded it at Whitby, filled up with alum, took the alum south and exchanged it for barrels of urine that had been collected from London street corners, which were taken back up north.

Originally the alum industry used urine collected locally in Yorkshire but as demand outstripped supply it had to be shipped in on “lye-boats.” Most highly prized was the urine from teetotallers, followed by that of beer drinkers. Only as a last resort would the urine of upper class wine-drinkers be used. It is rumoured that this transport system was the origin of the phrase: “taking the p***.”

Bringing the House Down : One of the great grievances of the early 17th century was that the “petremen,” men who were tasked with collecting saltpetre to use in the making of gunpowder, had the right to come into people’s houses and dig anywhere they thought they might find supplies. Saltpetre derived primarily from the action of animal urine on soil so people who kept animals in their cottages frequently had their earthen floors dug up. King Charles I was petitioned by homeowners complaining about having their stables and barnyards ransacked and their houses destroyed when the walls fell down because the petremen had dug up the foundations.
To counteract the public dissatisfaction with this, Charles agreed to a different approach to the production of saltpetre, using neat human urine and mixing it with soil. In 1625 he granted a patent to Sir John Brooke and issued a royal decree stating all men should “keep and preserve in some convenient vessels or receptacles fit for the purpose, all the urine of man during the whole year.” Animal urine was to be collected too. This proved unworkable since there simply were not sufficient receptacles available for the entire British population and their animals to pee into for a whole year and the Crown was forced to go back to the original form of collection. It was Oliver Cromwell who finally ruled in 1656 that petremen could not dig in people’s houses without permission.

Pass the Smelling Salts: Smelling salts or sal volatile were much in use in the 19th century for

arousing consciousness. The newly formed police force in Victorian Britain even carried smelling salts to revive fainting victims. Smelling salts were made originally from ammonium carbonate, derived from urine, and they worked when the smell irritated the membrane of the nose and lungs, triggering inhalation. However, ammonia is extremely powerful. Too much sal volatile could kill you!


A few other random facts: The first striking match was developed as a result of the scientist Robert Boyle isolating phosphorus from boiling down his own urine and then heating the residue to very high temperatures. Phosphorus, which he named “icy notiluca,” was extremely dangerous for matches and it was only in the 19th century that safety matches were commercially produced instead.

Forgers would give coins a suitably authentic looking patina by burying them in earth sprinkled with urine. This would turn silver coins grey or black and bronze coins brown or green depending on the sort of urine used and its quality! 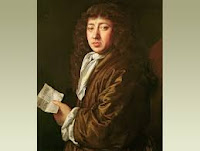 Anyone like myself who has ever suffered from kidney stones will know how excruciatingly painful they can be. Fortunately these days they can be removed. Martin Luther almost died as a result of his. The Catholic monk turned Protestant reformer was treated by doctors who gave him as much to drink “as an ox” in order to try to wash the stones out. This treatment was unsuccessful and he became so bloated with the liquid that there was nothing he could do but travel home to die. Fortunately jolting about in a carriage on a rough road shifted the stones - and Martin Luther almost drowned in the ensuing flood.

Samuel Pepys also suffered from kidney stones and his were operated on to remove one as large as a tennis ball. In the absence of anaesthesia it took four men and a rope to restrain him but he later declared it was worth it to be rid of the stones.

And finally! In the Middle Ages, urine was used to “quench” (the rapid cooling of red hot metal) swords. It as said to be the best way to forge a sharp blade!

Posted by Nicola Cornick at 8:52 AM

What a fascinating post, Nicola. Poor Samuel Pepys, having his kidney stone removed with anaesthetic. It must have been agony. And the surgeon Thomas Hollier's three inch incision between Pepys' scrotum and anus probably also left him infertile. Mind you, with Pepys' numerous affairs, that was probably no bad thing, but a huge disappointment for his poor wife, I imagine.

Sorry. The comment on Samuel Pepys was mine - Elizabeth Hawksley.

Hi Elizabeth! Yes, poor Samuel indeed. How he suffered for one thing and another! Though perhaps the pain of having the kidney stone removed was worth it for the sheer relief afterwards!

I enjoyed this post -knowing all about pee is a good thing.

Thanks, Fenella. It certainly has some excellent and historic uses.

Absolutely fascinating and hilarious in places. What a wonderful post!

Haha! Thank you so much, Liz! It is interesting, isn't it!

eToro is the best forex broker for new and advanced traders.