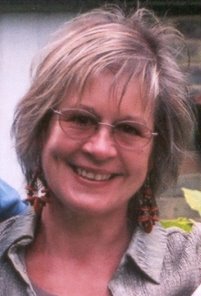 In answer to the question “What do you want to be when you grow up?” Gilli Allan always knew the answer. A commercial artist. It was only when she was grown up, and had worked for some years in her chosen field, that she began to change her mind.

Inspired by her fiteen year old sister, whose intent was to write a Georgette Heyer style Regency romance, Gilli started to write novels when only ten. Those early notebooks were always lavishly embellished with illustrations and doodles. Her parents - father in advertising, mother a painter - were quick to recognise and to foster her artistic talent . Her written “scribblings” were not discouraged but they were disregarded. So, while art became the ambition, writing was the hobby - a hobby which Gilli pursued throughout her teenage. Writing was only abandoned when she left home and real life supplanted the imaginary kind.


Gilli went to Croydon College of Art, whose most famous alumnus (before Gilli‘s time) is Ray Davies of the Kinks. On leaving college, life did not dish up that plumb job she expected. To keep the wolf from door and to fill in the time till her luck changed, she did a variety of unsuitable jobs. No one was more relieved than Gilli when, through a combination of fluke, coincidence and luck, she eventually landed the perfect job as an illustrator in a London advertising design studio. After a few years she went freelance. 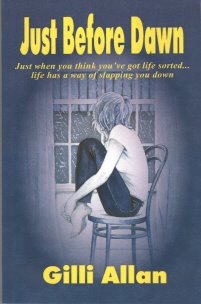 Gilli married Geoffrey; their son, Tom, completed the family. With motherhood, priorities were reassessed.Working in advertising had lost its glamour and Gilli no longer wanted that kind of stress in her life. She gave up work and when Tom began play school, Gilli started writing again and quickly found a publisher. When her husband was head-hunted, the family moved from the south east of England to a village, near Stroud, in Gloucestershire. As well as writing, she became involved in her local community. She still works on a voluntary basis at the local school and at the community shop, which she helped to set up. She has recently become a school governor. She is also the village correspondent, sending reports of local news to several Stroud newspapers.

Gilli writes contemporary romantic fiction, but not romantic comedy or chick lit. Her unconventional stories are harder edged than much of the mass market romantic fiction which is available. Gilli Allan writes honestly about real situations. She writes about the perils and pitfalls - as well as the rewards - of love and lust. She claims she has created a new and still unrecognised genre which she calls ‘Reality Romance’.

Still a keen artist Gilli is happy to have found herself in such an artistically active community as Stroud. She still attends a local life-class, as she has done, almost uninterrupted, since art school.

Gilli Allan would welcome art commissions. She is a figurative artist and specializes in Beardsley-esque drawings.