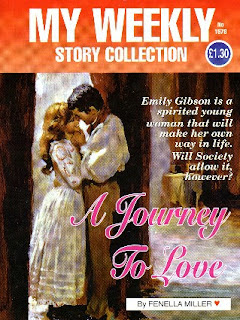 This is the cover of my second novella for MWSC - it was called A Country Mouse which I preferred. What do you think? Also the hero looks more like a farm labourer than a Viscount. The heroine is dressed in a Victorian gown. Never mind - the inside is more or less the same as it was on my manuscript.

This is a review from Myshelf - for my latest book LORD THURSTON'S CHALLENGE - the first of many excellent ones I hope!!

It is the dying wish of Charlotte Carstairs’ mother that her and her two younger siblings seek out her grandfather Lord Thurston. Although he cast out his daughter when she married a poor soldier, surely he will take in three young orphans? But the old man is dead, and in his place resides Jack Griffin, the new Lord Thurston. He is a distant relative who leads a reclusive life in Thurston Hall, following his disfigurement in the recent wars. He has let the house go to rack and ruin, and has no taste for three young people living under his roof. In order not to appear too hardhearted he issues Charlotte with a challenge – improve the fortunes of the house, or leave.

There are no frothy balls, dashing Corinthians or giggling misses in this story, but there are plenty of other things to enjoy. Sensible Charlotte makes a good heroine, and while Jack can thunder with the best of them, has a tender side which shows itself more times than the other. It is enjoyable to read how the crumbling old house is brought back to life, and as well as the romance there is a fiendish plot afoot – who is trying to kill Jack, Charlotte and the children and why? Pages turn with lightning speed, and I was swept up in it all from the opening sentence. An entertaining romance.

My books can be bought from www.halebooks.com - and the postage is free.
Best wishes
Fenella Miller
Posted by Historical Romance Author at 12:54 PM