The Second in my Season In Town trilogy 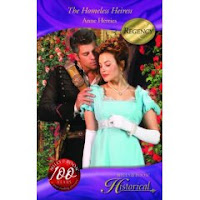 This is an excerpt from my Regency coming later this year. I gave you a little bit of the first last time and this is an unedited scene from the second.

Enjoy!
‘Oh, no you don’t!’ Max Coleridge said as the urchin attempted to pluck a kerchief from the pocket of his companion. His hand shot out, grasping the dirty boy around his wrist with a grip of iron. ‘That is thieving, my lad, and it will land you in prison. You will end with your neck stretched at the nubbing cheat if you continue this way.’
‘Let me go guv,’ the boy whined. ‘I ain’t done nuffin’ bad, honest I ain’t – and I ain’t had nuffin’ ter eat fer a week!’
‘Indeed?’ Max’s right eyebrow arched. ‘Should I believe you I wonder? And what should I do with you supposing that I do?’
‘Let the ruffian go and be done with it,’ Sir Roger Cole advised. ‘I dare say he deserves to be handed over to the beadle, but it requires far too much effort.’
‘Your trouble, my friend, is that you are too lazy,’ Max replied with a smile that robbed his words of any offence. ‘No, I shall not let the boy go for he would simply rob someone else and eventually he will die in prison or at the rope’s end.’ His grasp tightened about the lad’s arm. ‘Tell me your name, lad. I shall take you home and tell your father to keep you off the streets.’
‘Me name’s ‘Arry,’ the boy muttered sullenly. ‘I ain’t got no home nor no farvver or muvver neivver. Ain’t’ got no one. Let me go like the gent said, sir. I won’t trouble you no more.’
‘No family at all?’ ‘Arry shook his head and Max sighed. ‘Unfortunately, if I let you go, you would trouble my conscience far more than you imagine. I shall take you with me. You are going to school, ‘Arry – whether you like it or not.’
‘School? Wot’s that?’ ‘Arry asked and wiped his running nose on his sleeve. He eyed the large man suspiciously. ‘You ain’t one o’ them queer nabs are yer?’
‘I am certainly not,’ Max denied with a wry smile. ‘If you are hungry you will like school – you will be fed three times a day, if you behave yourself.’
‘Food fer nuffin’?’ ‘Arry stared at him suspiciously. Wot’s the catch, guv? ‘As to be a catch. No one does nuffin’ fer nuffin’…’
‘No, I dare say they do not where you come from,’ Max said. ‘In return you will have to give up a life of crime – and grime – and learn a trade…’
‘I ain’t goin’ up no chimneys!’
‘Good grief, I should hope not,’ Max said. ‘You might like to be a carpenter or a groom perhaps – or even a politician?’
‘You shouldn’t put ideas into the boy’s head, Coleridge,’ Sir Roger said. ‘A politician indeed!’
‘He could not do much worse than those we have in power at the moment,’ Max replied wryly. ‘But I would advise an honest trade – perhaps a baker?’
‘I like cake,’ ‘Arry said his eyes suddenly bright. ‘I pinched some orf a baker’s stall once on the market.’
‘There you are then,’ Max said, hiding his smile. ‘The future looms brighter already, ‘Arry – a baker you shall be…’
‘You are mad, quite mad,’ Sir Roger said and grinned. ‘It is hardly surprising that you are not married, my dear fellow. I do not know whether any sensible woman would have you.’
‘I dare say she wouldn’t if she knew my habit of picking up boys from the streets,’ Max replied and smiled at his friend. ‘Excuse me, I have a rather dirty ruffian to scrub before I present him to someone who will teach him a few manners…’ He neatly avoided a kick from the struggling urchin. ‘I should give up if I were you, ‘Arry. I could always change my mind and hand you over to the constable, and then you might never eat cake again…’
Posted by Historical Romance Author at 4:45 PM