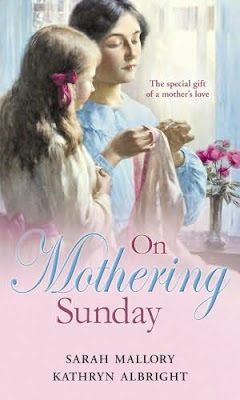 One of the most exciting things about starting a new book is picking the names. It is very important to have a name that suits the character but authors are also influenced by fashion – current trends as well as something that represents the period. For example with first names, Albert conjures up for me the Victorian era, while Kylie and Wayne are very much more modern! (My Regency heroes tend to be called Richard, Luke or Adam, etc).

Surnames can be a problem, too and I tend to make good use of a map for these. Years ago I was travelling on the motorway and saw a road-sign to three towns. It read "Milton, Chilton and Didcot" . I knew that one day I would use this and they ended up as a firm of solicitors in Moonshadows, (my e-book published by Samhain).

Sometimes the characters seem to appear ready-named. In The Highclough Lady the heroine was always called Verity Shore and in Lucasta, well, I created the character around the name in this instance.

In More Than a Governess, my first novel writing as Sarah Mallory, the hero is called Major Damon Collingham – because his reputation is "A devil on the battlefield and in the bedroom", I decided a name beginning with D would be appropriate. In the end I chose Damon, which I think is a good, strong name, suitable for a good, strong hero!

There is another little point about More Than a Governess which I think makes it very suitable for the "On Mothering Sunday" publication which is out in the UK now: for Juliana's brother and sister I used two first names that are very dear to me but which I doubt I would ever use as hero and heroine, those of my parents!

Melinda Hammond / Sarah Mallory
"On Mothering Sunday" featuring two novels by Sarah Mallory and Kathryn Albright is published March 2009and is available in supermarkets & bookshops throughout the UK.
Posted by Historical Romance Author at 1:39 PM

Kat Inkslinger has a fantastic spreadsheet of names used during the Regency. She created the list from names she found in the peerage, in biographies, name books and other sources. Check it out at: http://www.geocities.com/inkslinger_k/inky-prinny.htm

I do agree about names. Sometimes I struggle to find a suitable name; sometimes the character arrives ready-made, so to speak.

For example, when I wrote My Lady Angel, the hero's best friend came ready-made as a Scot called Ross Graham. I didn't have to think about his name at all. Then, when I got round to writing Ross's story, Bride of the Solway, I discovered that he had a background in the border country where the story was set. There is even a coaching inn called The Graham Arms which is still there. Spooky, I thought.

On the other hand, carefully constructed names can be wrong. When I was writing An Uncommon Abigail (in A Regency Invitation), my hero was originally called Will. I thought it suited his character perfectly. He didn't agree! He flatly refused to be called Will. In fact, he insisted that the villain's name was to be William. My hero insisted his name be changed to Marcus. Being only the author, I did as I was told.

Joanna W - yes, I already have the spreadsheet saved in my Google favourites!

Joanna M - Loved Ross in the Bride of Solway and always thought his name perfect for the man. And I do so agree about heroes being bossy: I put Elliott the 6th Marquis of Ullenwood in THE BELLES DAMES CLUB as a minor and slighty sinister character, but he insisted upon his own book. Luckily he agreed to be reincarnated as the 7th Marquis for A RATIONAL ROMANCE. Hmm, I sometimes wonder who writes these books.

I agree that finding the right name for a character is very important, and like you I often use a map to come up with last names. In my case it's a Michelin road map of the UK (or, in more recent times, Googlemaps). :)

And sometimes the characters refuse to be named as I want it, because the name I want doesn't fit them.

Georgette Heyer used the map method quite often - it is fun to spot 'Heyer country' when map reading. Dorothy L Sayers did it too for her crime novels.
We have a family game while driving cross-country of making up soap operas with the characters named after places along the route: Houghton Conquest is obviously the hero, Old Warden is the ancient retainer and Furneaux Pelham the rather smooth villain, for example.