Christmas has been celebrated in many different ways through the ages and today some of my fellow Choc Lit* authors are here with me to tell you a little bit about Christmas during the particular periods we write about.  As you will see, they are very diverse!

First, there’s Kirsty Ferry, who had this to say about her era:- 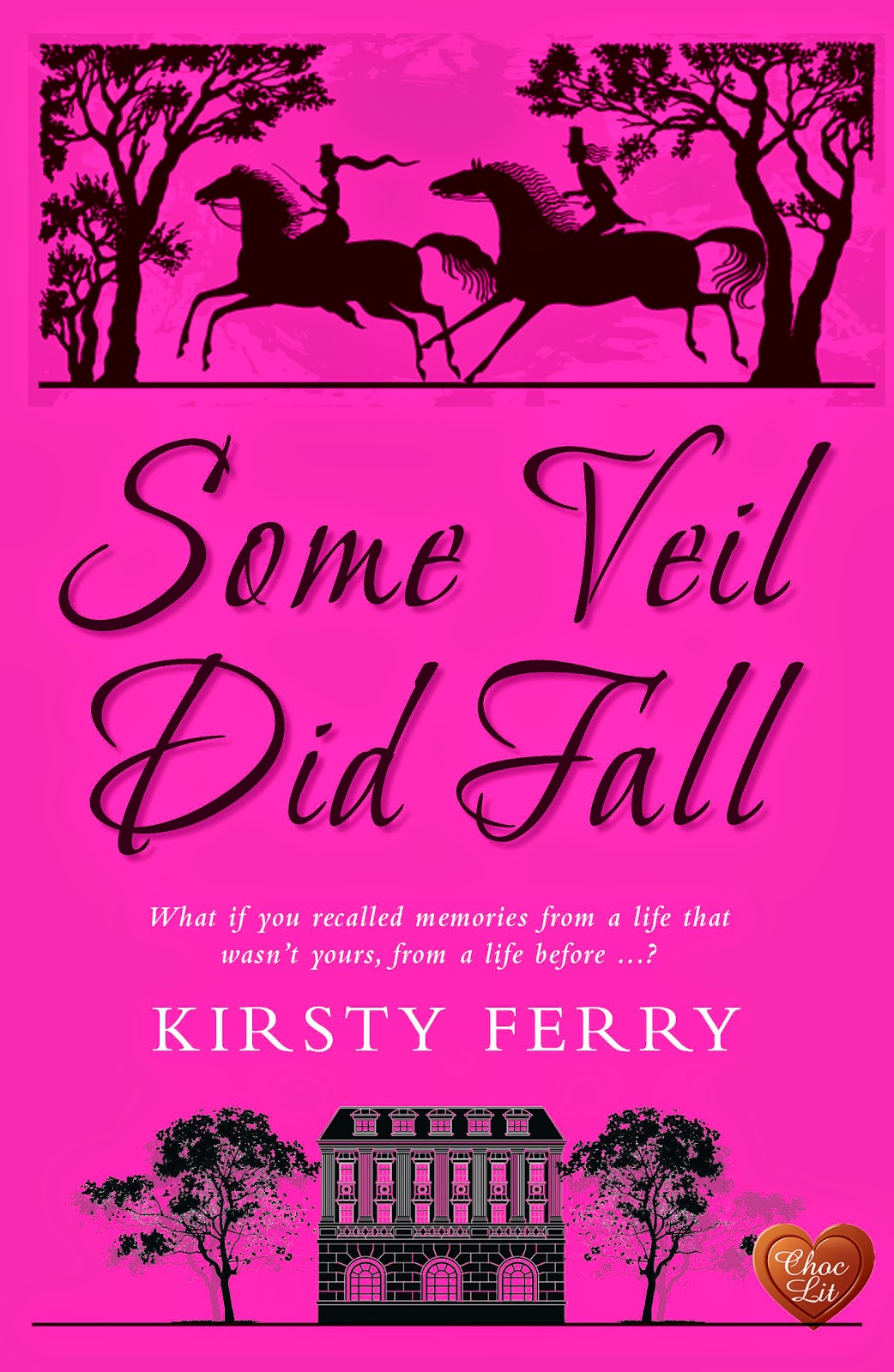 Part of my debut novel, SomeVeil Did Fall, is set in 1865. At that time in Britain, the Christmas Tree was still the preserve of the wealthy and the nobility, the custom having been introduced from Germany about twenty years earlier by Prince Albert, Queen Victoria’s consort. The Carrick family, who inhabit the world of 1865 in Some Veil Did Fall, would most definitely have had a tree; decorated, perhaps with candles and sugar ornaments and evergreen garlands– Lydia Carrick was always one for trying anything new, hence the fact that she bought an expensive camera from America and ended up taking a very important photograph. And, I also think, for many children in 1865, one of their most treasured Christmas gifts would have been a First Edition of the incredible Lewis Carroll’s Alice In Wonderland - first published in July 1865 and still a much-loved book and Christmas gift today.

Staying in Victorian times, but moving across the ocean to the US, here is Liz Harris’s account of a Christmas in Wyoming in the 1800s, as it would have been celebrated by the characters in her novel ABargain Struck  and her novella A Western Heart:- 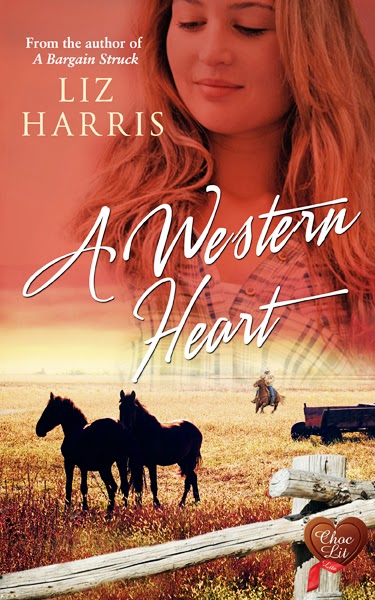 In the mid 1800s, folk in the American West - pioneers, cowboys, homesteaders - celebrated Christmas very differently from those in the civilised East. For them, a homemade Christmas was the order of the day.  Picture a wooden cabin surrounded by deep snow. Welcoming holly and berries hang from the front door. There’s heat from the potbelly stove and the spicy aroma of foods cooked on Christmas Eve - cinnamon rolls, sweet pastries, and dark breads such as rye. The room is a mass of colour-rich natural materials: evergreens, pine cones, holly, nuts and berries. The tree in the corner is decorated with ribbons and berries, and homemade decorations made by the women, such as dolls made of straw or yarn, cookie dough ornaments and gingerbread men.

Food items will have been set aside months ago and most of the dishes made in the weeks before, such as the dense fruit cake lavishly infused with alcohol, and the traditional Yule log, both decorated with the help of the whole family. Only the vegetables and main dish are left to be cooked on Christmas Day itself, and it might be the traditional beef roast or a turkey or goose, stuffed with onions, sage, day old bread, dried fruit, venison or sausage.

The family sings carols around the tree. As soon as the children have gone to bed, the gifts are put underneath – corn husk dolls and some sachets of seeds – and candies, small gifts, such as a new tin cup, cookies and fruit, are put into the stockings hung up by the children. They’ll be but a few of the homemade gifts exchanged the following day, such as carved wooden toys, pillows, footstools, embroidered hankies, knitted scarves, hats, mittens and socks.

Sounds lovely! Back in England, Linda Mitchelmore tells us how Emma Le Goff, the heroine of her novels – To Turn Full Circle and There’sNo Turning Back – would celebrate Christmas in 1909:- 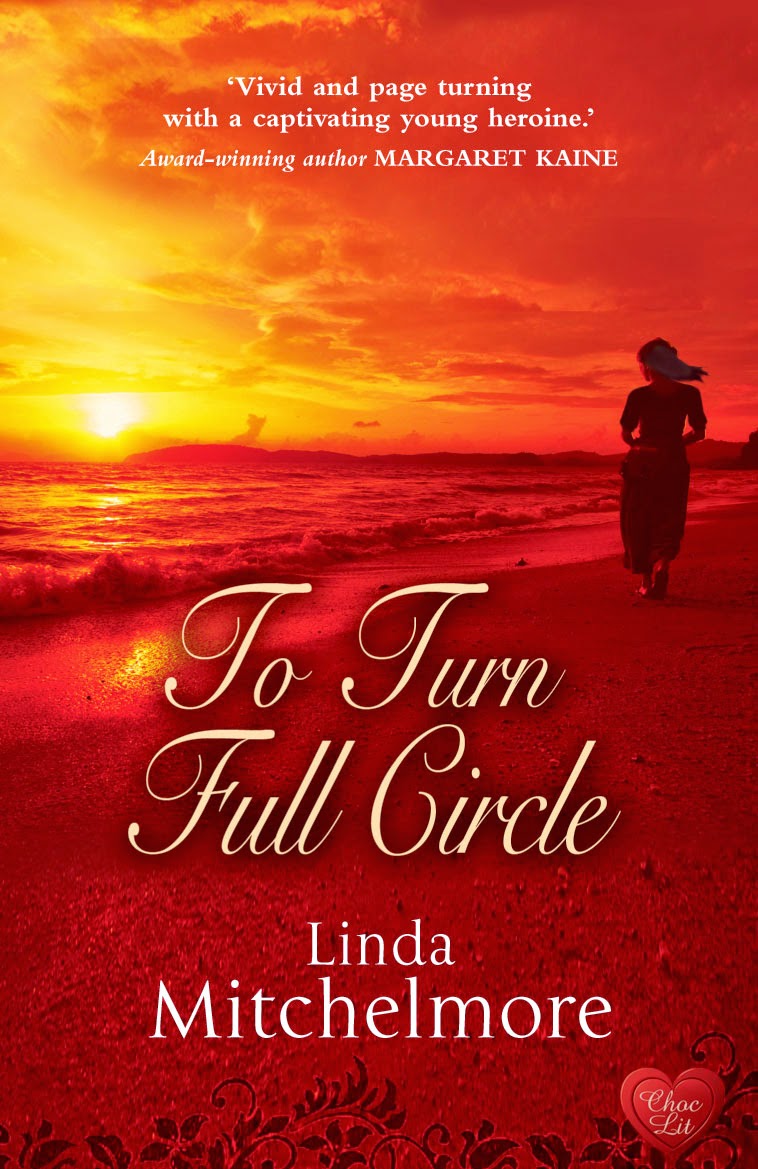 Christmas morning, 1909. I don’t think I’m ever going to forget it – my first as an orphan. I know I have a roof over my head – Nase Head House where I’m a servant;  nurse maid to Mr Smythe’s motherless children – and I’m grateful for it. But Christmas is for families and I haven’t got one any more.

Last night, at the staff supper, Mr Smythe surprised us all by getting cook to make a beef stew with red wine in it, instead of the usual Friday night cold cuts and boiled potatoes. Afterwards, he served us mince pies and a glass of port. While we were eating he put up a Christmas tree in the foyer, decorated with glass baubles and candles in little metal holders that don’t stand up properly. It looks lovely.

I should get up in a minute. It’s six o’ clock already. But when I open my eyes I know there aren’t going to be any presents in the stocking I’ve hung from the mantelpiece over the fire. But there’s always hope. There aren’t going to be French pancakes – crêpes – my Breton Papa always made for Christmas morning breakfast either. Larger and thinner than English ones, Mama always saved a jar of her wild strawberry jam to put in the middle of each one. I can taste it now. And the fish baked in a pastry crust we always had for Christmas lunch, because Papa was a fisherman and he said fish was the food of the gods. And the tarte tatin Mama made with the last of the apples from the garden – I can taste that.

This Christmas Day is already like no other I’ve ever experienced. But I carry my family traditions with me in my heart. And one day, I’ll have a home and a family of my own again, and I can take those traditions out and dust them off and Mama, Papa, and Johnnie will live again. They will … they will …

Intriguing!  Moving forward to a time of great hardship, here is Amanda James’s depiction of Christmas for the heroine of her novels Cross Stitch and A Stitch in Time:- 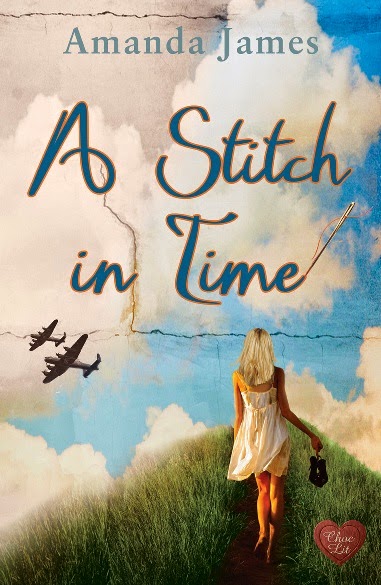 Sarah Yates/Needler goes back to many different time periods in her travels. I have selected just one of them to explain what would have happened at Christmas.

Sheffield, UK, 1940:  Christmas coming just ten days after one of the worst bombing raids of the Second World War would have been greeted with mixed emotions. People would have lost family members in the Blitz as well as homes and possessions.  My mother, at the time thirteen, remembers that there were only one or two presents on the day, but that she was very grateful to have a roof over her head and both parents to look after her. Many of their friends and neighbours were not so lucky.

Homeless people were given Christmas lunch in public centres and some even went back to their bombed out homes to eat Christmas dinner in the Anderson shelters. This was both a need to feel some sense of normality and as an act of defiance. Some people abandoned Christmas completely as it didn’t feel appropriate to celebrate under such tragic circumstances, others – for the same reasons as the people who ate in Anderson shelters – pulled crackers and decorated their homes as usual.

It probably is inconceivable to most of us nowadays that people could survive all that and still carry on. There was no counselling for those who had seen terrible things or had lost loved ones – they were just supposed to get on with it. A very sobering thought.

Finally, I’m going back in time again to the year 1731, when my own hero and heroine in TradeWinds (the first book in my Kinross trilogy) are forced to spend Christmas in a cold Swedish manor house, deep in the forests of that country. 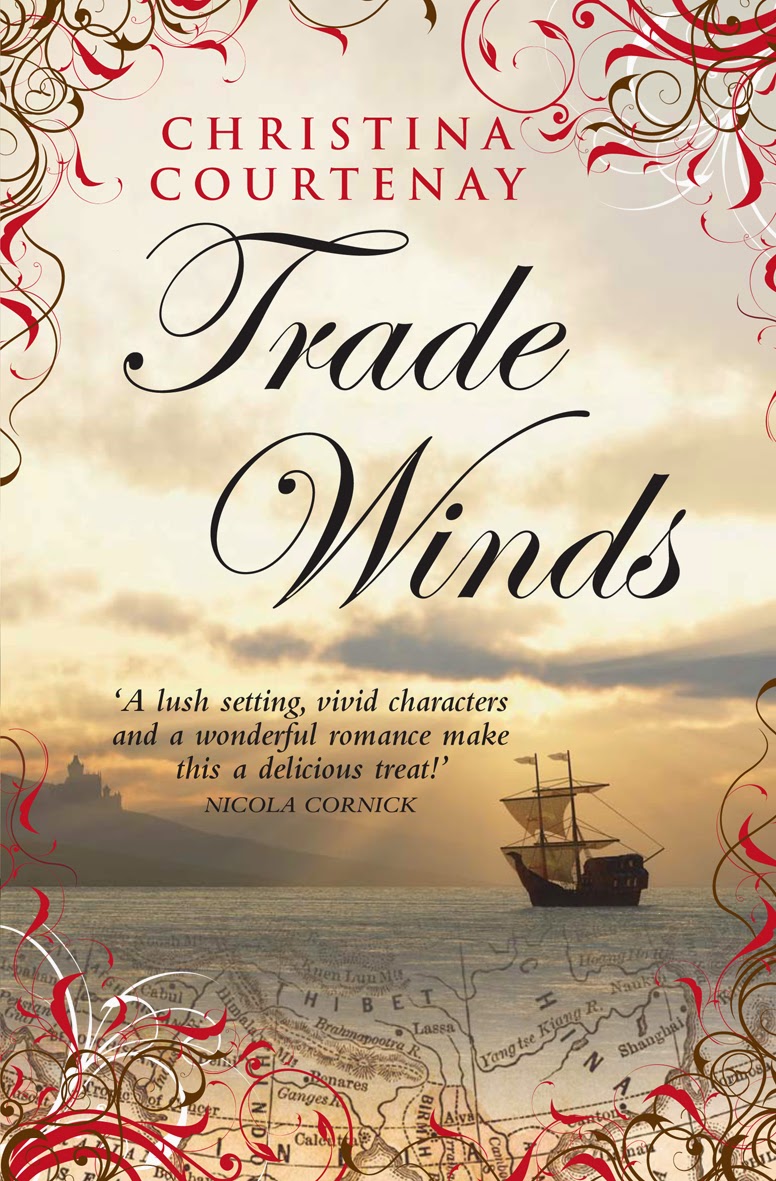 As they are snowed in, Jess and Killian can’t go to church by sleigh, the way they normally would, but they make the effort to walk instead wearing fur coats and as many clothes as they possibly can.  The snow is waist high in places and looks beautiful in the pale winter sunlight.  There was no such thing as a Christmas tree, but lots of home-made candles and branches of fir tree to stamp your feet on when you came through the front door (which would then give off a wonderful scent).  Christmas, or Yule, as they call it, is a time of sharing so what little food there is would be given to everyone, the servants as well as any poor people nearby.  The cook had been preparing special dishes for weeks – sausages, pickled herring, bread, cheese and much more – simple fare, but tasty and warming (something you appreciate when it’s up to minus 20 degrees outside and the windows of the house have frost on the inside!).  To further warm you up, the traditional snaps – almost pure alcohol and very strong – would be imbibed.  It had the added bonus of helping to break up all the fat contained in some of the rich dishes cooked with cream and butter.

Jess and Killian don’t give each other gifts, again because they are snowed in and have no access to any shops or materials for making anything.  People would traditionally give each other something though and each gift was usually accompanied by a rhyme to help the recipient guess what was inside.

I hope you have enjoyed reading about these different traditions – the Choc Lit authors and I wish you a very Happy Christmas!

*Choc Lit is an award-winning independent UK publisher specialising in women’s fiction where the heroes are like chocolate - irresistible!
Posted by Christina Courtenay at 4:38 AM

Reading all of the descriptions of Christmas at different times and places has suddenly made me feel very Christmassy.

With only a month to go - a scary thought! - and nothing yet done in the way of preparation, it was a timely posting.

An interesting range of books, with all different kinds of Christmases. Like Liz, I can't believe it's only a month until Christmas!

Thanks everyone! Yes Christmas comes around way too fast :-). Maybe we should celebrate in the old ways instead?

What fascinating stories! Very timely as I was just trying to think about a Christmas blog post I'd promised to write.