Princess Charlotte (1796-1817), only child of George, Prince of Wales (later Prince Regent) and Caroline of Brunswick, had a short but tempestuous life. The day after she was born, her father removed her to an establishment of her own supervised by the dowager countess of Elgin. Charlotte saw her parents – separately - once a week and occasionally visited her grandparents, King George III and Queen Charlotte, at Windsor Castle or Weymouth. 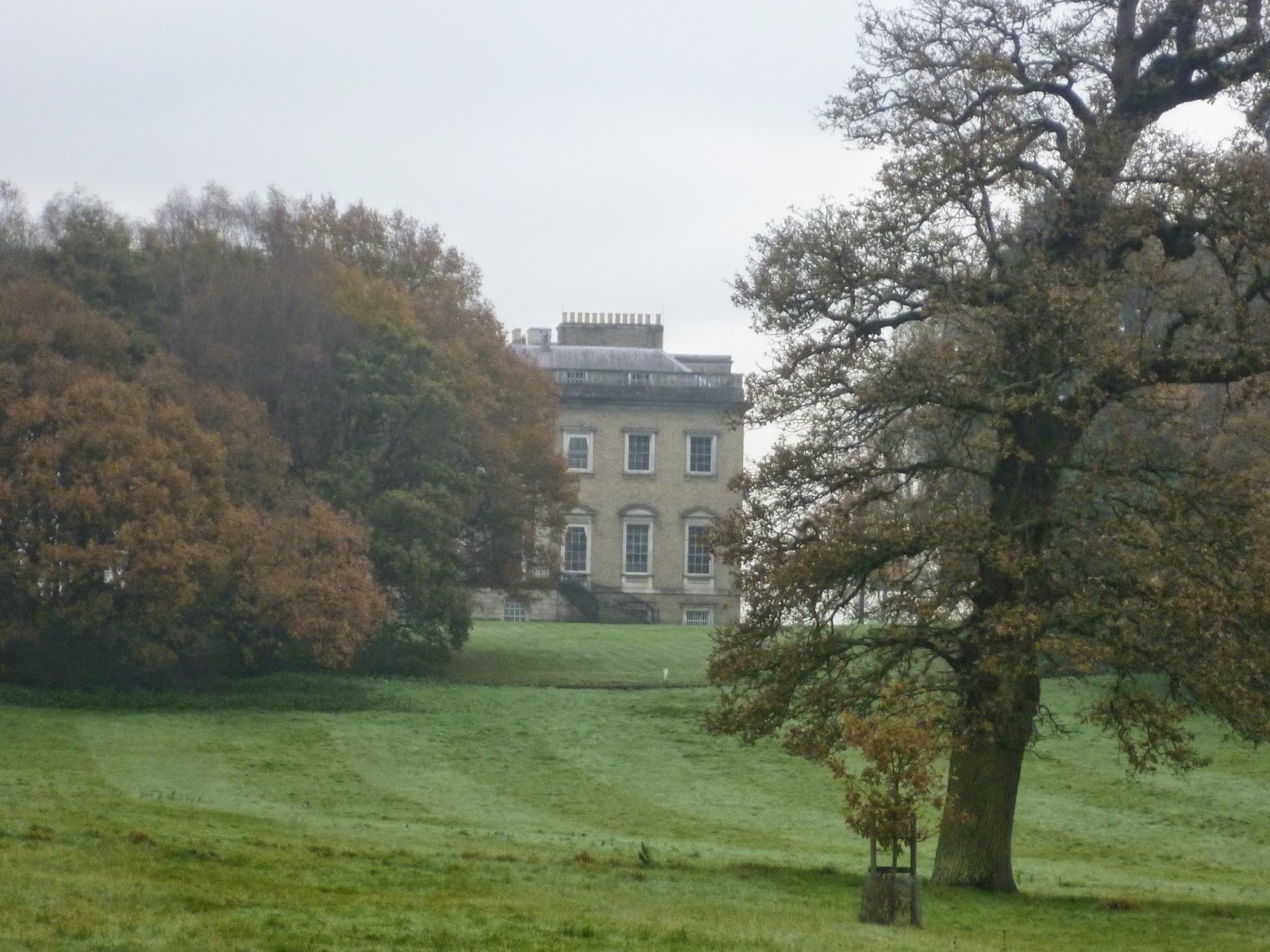 
Charlotte became the centre of a tug of love as each parent tried to influence her. She loved her wildly indiscreet mother but could not respect her; and respected her father but could not love him. She seems to have been remarkably clear-sighted about them both: ‘My mother was wicked but she would not have turned so wicked had not my father been much more wicked still,’ she wrote. 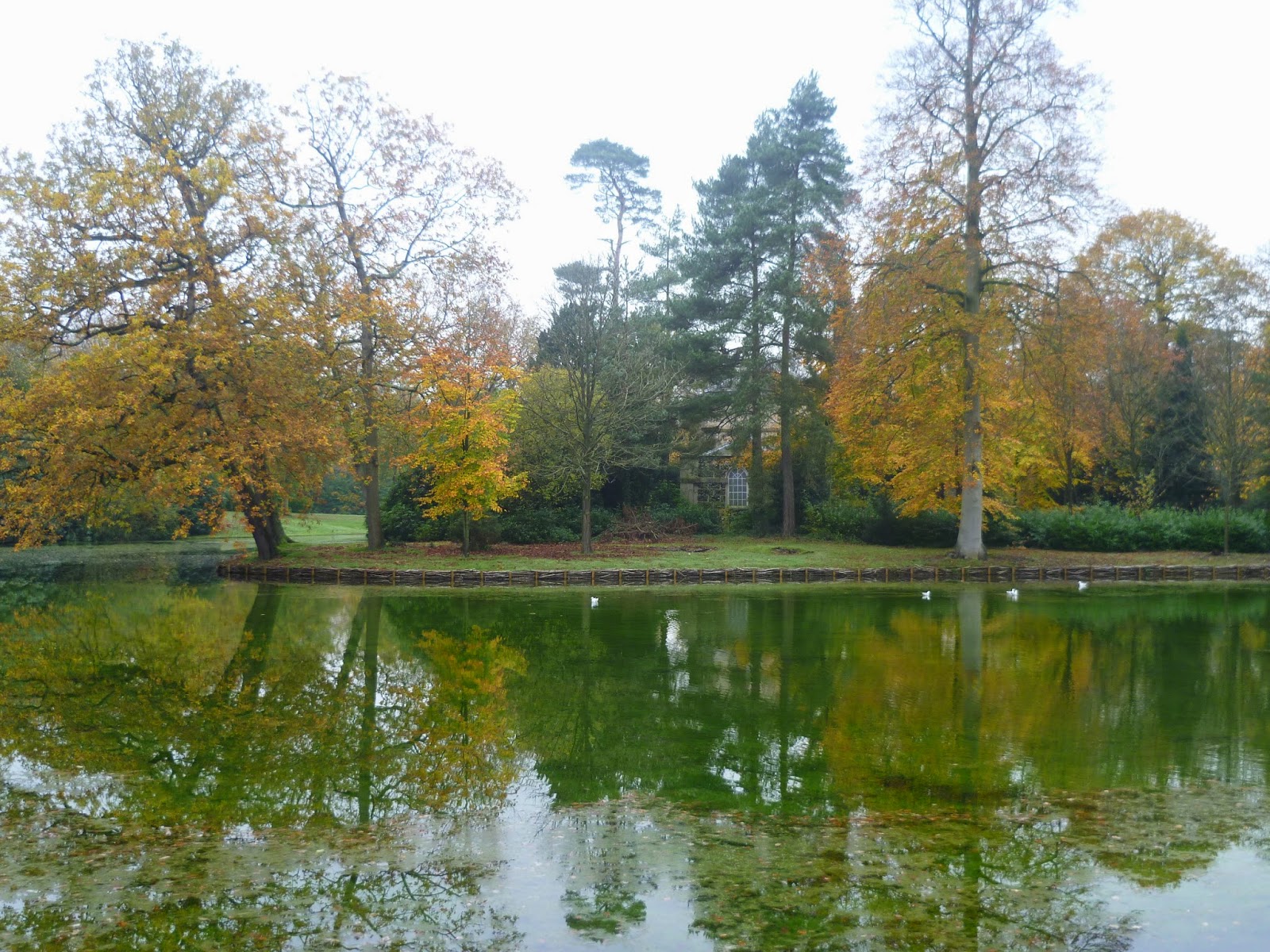 Lake with island and pavilion


Knowing that her wayward mother needed protection from her father’s malice, must have placed a heavy emotional burden on her when she reluctantly agreed to marry William, Prince of Orange in 1813. What would happen to her mother if she, Charlotte, had to live in Holland? When she learnt that that was what her father, now Prince Regent, intended, she broke off the engagement. He was furious and put her under what was, more or less, house arrest. 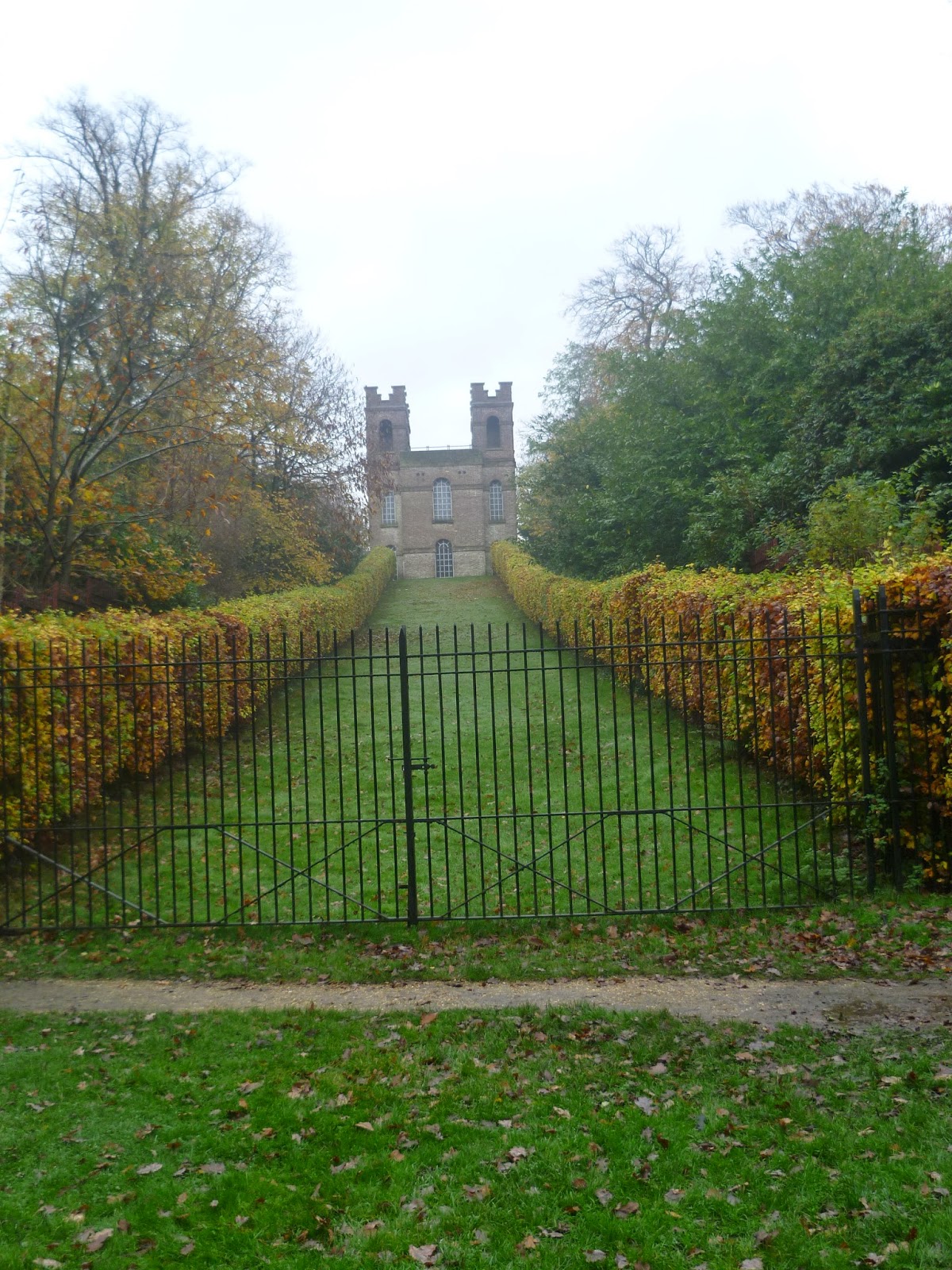 
Then her mother fled to Italy with her lover. Charlotte was deeply upset but it set her free to have a life of her own. In May 1816, she married Prince Leopold of Saxe-Coburg, a popular match at home. The nation, increasingly fed up with the Prince Regent’s extravagance, now had a focus for their hopes for the future. It was also a happy marriage for Charlotte and Leopold personally. They set up home at Claremont, near Esher. 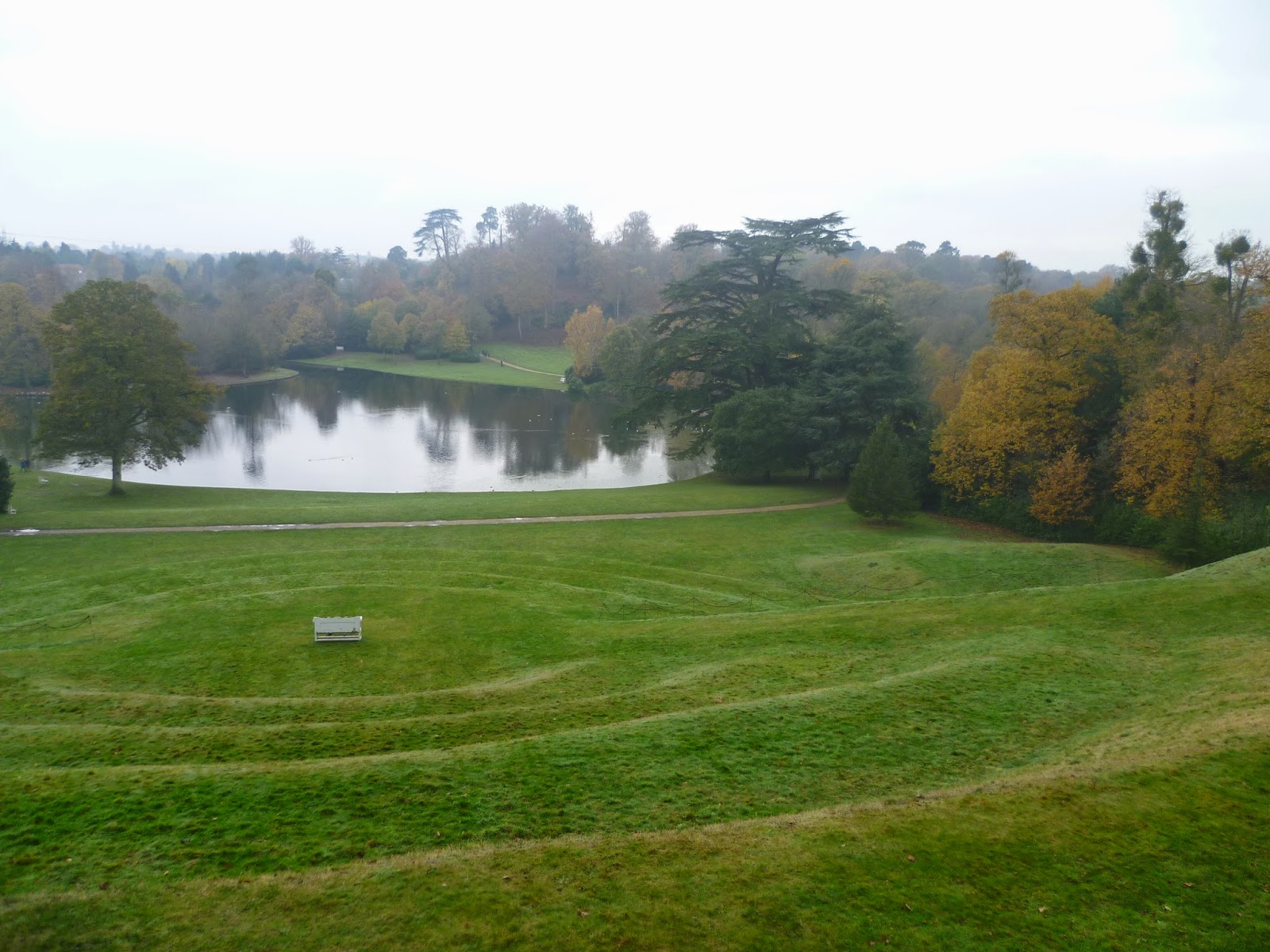 The house, originally built as a country retreat by Sir John Vanburgh, had had a number of notable owners, including the Duke of Newcastle and Clive of India. The first formal garden was designed by Charles Bridgeman who built the three acre amphitheatre; then, when informality became the rage, William Kent redesigned the gardens around a serpentine lake. Lastly, Capability Brown rebuilt the house and re-located the Portsmouth road to give the estate more privacy. 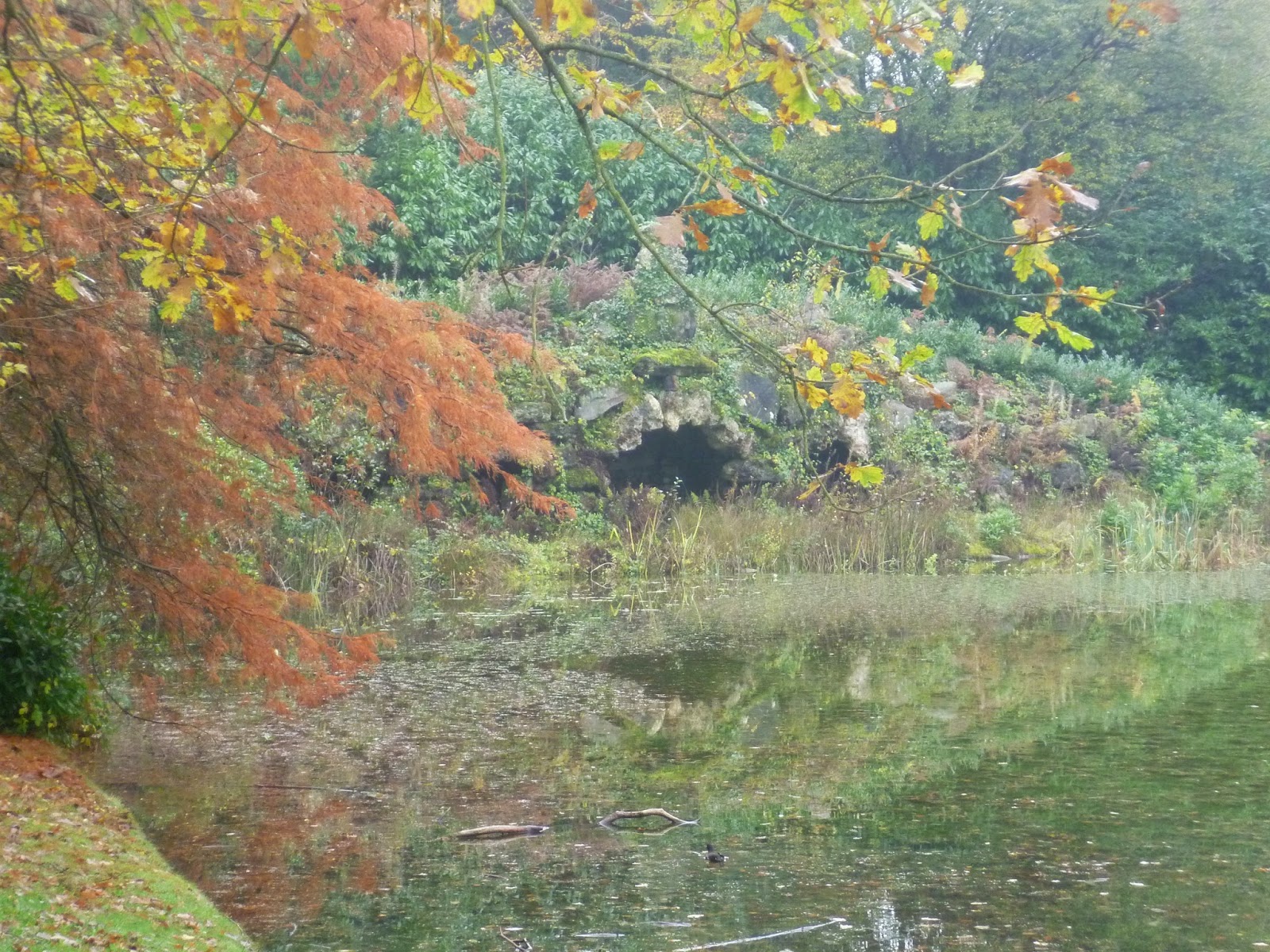 The grotto by the lake


Charlotte and Leopold both loved Claremont and its gardens. They built a camellia greenhouse and planned a tea house with views over the lake. There is a belvedere tower from which you can see London and Windsor Castle on a clear day; a grotto; a small pavilion on the island in the lake; a bowling green; a skittle alley; and lots of winding walks leading to unexpected vistas. A quote engraved on the back of one of the benches says it all: ‘constant and never-failing source of amusement. Princess Charlotte & Prince Leopold, 1817.’ 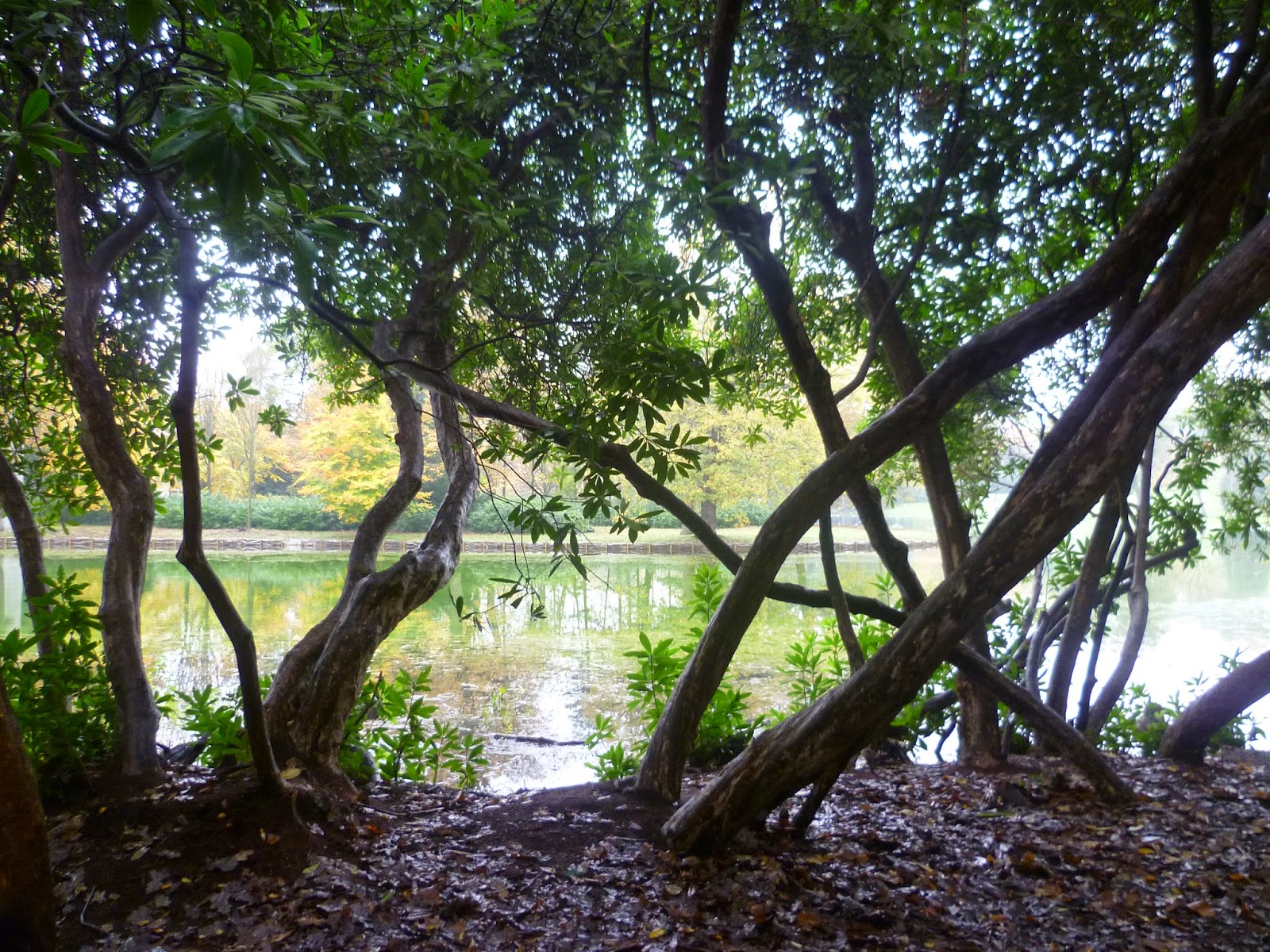 Rhododendrons by the lake


Alas, Charlotte had tragically little time to enjoy it. On 5th November, 1817, after a fifty hour labour, she gave birth to a stillborn son and died the following day. The tea-house was never built and her sorrowing husband built a Gothic mausoleum on the spot. It was demolished in the 1920s and all that remains now is a slab of concrete on which is engraved: My Charlotte is gone. Prince Leopold

How beautiful, Elizabeth - Charlotte and Leopold must have enjoyed some happy times there, but hers is such a sad tale. I don't know if you saw it, but a couple of years ago there was a lovely exhibition at Kensington Palace, which charted the lives of seven princesses, including Charlotte, who had lived there - they were all touched in some way or other with tragedy.

Lovely blog, Elizabeth. Charlotte's death was so sad and plunged the country into mourning, not only for her death but because of the succession crisis it created.

Thank you for your comments, Jane. Sadly, I missed the exhibition at Kensington Palace - it sounds great.

Thank you, too, Jo. Poor Charlotte was only 21 when she died. Apparently, linen drapers all over the country ran out of black cloth because of the demand for mourning. The national outpouring of grief sounds very similar to the public response after Diana died.

I agree, Christina. Poor Leopold. He cried, 'Two generations at once!' It was an extra blow for him because he'd lost his still-born son, too - and caused a succession crisis, as Jo said.

I've always felt so sad for poor Caroline. She sounds such a determined young woman who'd have really made her mark if she'd lived long enough.
Thank you for your lovely post, Elizabeth.

How nice of you to drop in, Beverley. Charlotte was a Jane Austen fan, which endears her to me. She wrote to her friend Mercer Elphinstone that she'd been reading 'Sence and Sencibility' (her spelling was dodgy!) and 'I think Maryanne (sic)and me are very like in disposition ... the same imprudence.'