We are delighted to welcome Elizabeth Chadwick as our guest blogger for April. Elizabeth is the critically-acclaimed and best selling author of such exceptional medieval novels as Shadows and Strongholds and The Greatest Knight.

"An author who makes history come gloriously alive" - The Times

Here Elizabeth talks about her methods of research. 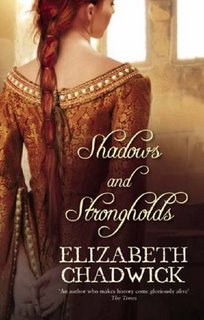 Research is an essential underpinning of the historical novelist’s art. Robert McKee said in his ten commandments something along the lines of ‘thou shalt know the world thy characters inhabit as well as thou knowest thine own.’ I thought I’d blog about some of the ways I do my research, both the conventional and the slightly alternative.

Primary sources.
These are the first port of call - the works written at the time in which I set my novel. They will inform me about the mindset of the times (although sometimes they can be slightly narrow or skewed given that I write about the earlier Middle Ages and much primary source material comes from curmudgeonly old monks with a somewhat jaundiced view of the world – especially the world of women!). They will also give me clues as to daily life, clothing, food and such, plus insights into the major events and characters. Primary sources for my time period, will also include accounts, personal letters and pipe rolls. For example, I know from a pipe roll that King John commanded a carpenter to make him some chests to in which to carry his books. I know he had a laundry maid called Florence. I know from personal letters that King John had a favourite belt of black leather and that he liked to wear jewels around his neck. I know that one of my heroes, William Marshal, was rather fond of bread-stuffed mushrooms! All of the above are useful for getting to know and developing a character and also for setting the scene. 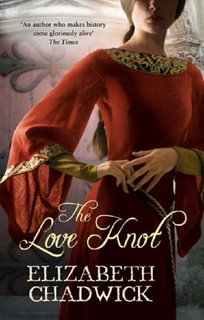 Secondary sources.
Here I use reference works written by experts in the field and usually published by university presses or specialist presses such as Boydell & Brewer. These will give me a good overview of the period, both social and political, and with their extensive bibliographies, more food for thought should I need it. I have a few coffee table books for pretty pictures and some children’s books too, again mainly for illustration. I always back up the less academic books with more in depth research from the scholarly or primary source books.


Guidebooks.
I go to as many historical sites as possible, and wherever I go, even if it’s not currently concerned with a novel I’m writing, I pick up a guide book because I never know when I’m going to need it. The same goes for local history volumes.


Connected to the above.
Going to places and sussing out landscapes and layout, plus soaking up atmosphere. It’s not always possible, but very useful if I can do it. For example, I wrote a scene at Ludlow Castle where a character falls from a window. It was based on a true incident and the tower from which the character fell is still standing. Before I went to Ludlow, I had the character falling into the courtyard. A visit to the castle revealed that the window in question faces outwards to the ditch. So I had to go back and rewrite the ‘splat’ scene.


The Internet.
This has become an increasingly valuable resource with some terrific websites and e-lists. An author can find out a great deal without having to leave his or her study. However one has to be careful as there is a lot of dross out there too. Rather in the way that I use academic works for my secondary source research, I am very choosy about the sources I use on the Internet. Some of the genealogy sites are a hoot but not to be taken seriously. For example, one of them has the hero of my current work in progress being born in Pembroke around 1140, when I know for certain that he was born in Wiltshire around 1105! 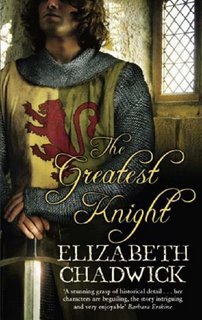 Sometimes there is absolutely no substitute for trying it for yourself. I have been a member of Regia Anglorum early Medieval Living History society for about 15 years now www.regia.org and the dividends paid have been massive. By literally ‘walking the walk’ I have been able to find out things that no text book, no matter how well written or researched is going to do for me. Instead of being two dimensional, it’s up close and personal. I know what it’s like to look through the eye slits of a jousting helm. I’ve walked up castle stairs in flat soled shoes. I’ve helped man (or woman!) a trebuchet. I’ve cooked and spun, woven and dyed. If I’m personally not hot on fighting techniques, then I have access to people who are. Over a quarter of the membership are either historians or archaeologists. The knowledge store is phenomenal both at academic and practical levels. I’d encourage anyone to become a member of such a society.


Remote Viewing.
Definitely a VERY alternative source of research and one that I talk about in my own blog. Basically it’s ‘seeing’ back into the past via someone who has the ability to tune into what has gone before. Rather like re-enactment, this has revolutionised the way I write my novels, especially with reference to characterisation. A fabulous resource. I hope that at some point, the remote viewing notes I have taken over the last year and a half, and still ongoing, will eventually become a book in themselves.


Elizabeth Chadwick is the bestselling author of many historical novels including her most recent, Shadows and Strongolds (The Ludlow novel!), as well as The Greatest Knight. The Greatest Knight is the first of two novels about Medieval hero William Marshal (out now in hardback, and published in paperback on July 4th.) Both are published by TimeWarner. They are available from bookshops in the UK, and from Amazon and other online booksellers around the world.

To find out more about Elizabeth and her novels, visit Elizabeth's website
Posted by Historical Romance Author at 2:00 PM

Fascinating Post, Elizabeth. I too love visiting historical sites and have a cupboard full of guidebooks that I return to for research and inspiration. I also find the poetry and plays of the era help me to get into a period - but that is much easier for the 18th century than medieval history!

Thank you, Elizabeth, for your insights into researching the historical novel. I myself find it hard to draw the line, my fascination with the past is so great!