The Journal of a Regency Lady 10 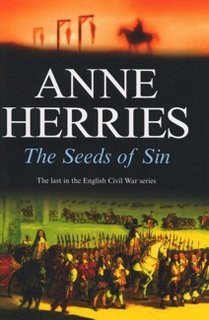 May 14th
Lord Belmond dined with us last evening. He was charming and talked seriously, and Mama told me afterwards that he seemed much changed. I think she has decided that she likes him, and she looked at me oddly once or twice, as if she were wondering how I felt. I am glad that she did not ask me, because I should not have known how to answer her. It seems such a long time ago since I thought myself in love with him.

May 15th
Mama has had such a letter! My brother wrote to her to say that he was considering making Hester a proposal of marriage. Mama has been in a fluster all day, because she does not know what to think. Paul hardly knows Miss Symonds, and I think Mama wonders if he has been influenced at a time when he is vulnerable. I believe she would like to go home, but she does not wish to disappoint me. She is torn between wanting to talk to Paul and seeing me enjoy myself in town. We were to have stayed for another two weeks, but if Mama is distressed I would rather that we returned home.

May 16th
Mama has written to Paul, asking him to delay his proposal until after we return. She asked me how I felt and I told her that I would not be too upset if we went home early. She says that we must stay until the end of next week at least, because we have so many engagements. I was able to tell her that I thought my brother far too sensible to do something impetuous.
'Paul always thinks things through, Mama. If he is considering making an offer to Hester, it must be because he loves her.'
'But he has been so ill,' she said, looking anxious. 'It is easy to make mistakes when one has been near to death. Do not mistake me, Anne. I like Miss Symonds very well, indeed, I should be pleased to have her as my daughter-in-law, but I want Paul to be sure.'
'I think you may rely on him to be sensible, Mama,' I reassured her. 'And I believe he will wait until we return, since you have asked it of him.'
Mama seemed reconciled after we had talked. She seemed as if she wanted to ask me something, but she did not. I am glad that she was patient, for in truth I do not know my own mind.

May 17
I saw Lord Belmond again as I walked in the park. He was charming as always, but just before we parted he said something that made me a little uncomfortable. He asked if I had forgiven him for his behaviour at Christmas, telling me that he had regretted leaving without speaking to me. I told him that there was nothing to forgive, but I gave him no encouragement. I think that he may make me an offer, but I was not his first choice and I am no longer sure that I wish to marry him.

I have heard disturbing news of the troubles in the north and I cannot help wondering if Lieutenant Jones has been caught up in them.

Oh yes, I'm enjoying the Journal. I really want to know the whole story behind why Lord Belmond behaved the way he did.

In time all will be revealed but not quite yet, Anne

It's wonderful, as usual!! Need you ask??