Blog readers in the US have no doubt been watching the new TV adaptation of Sense and Sensibility, which aired in the UK some time ago. Although I enjoyed David Morrissey in the role, he's not my idea of Brandon. 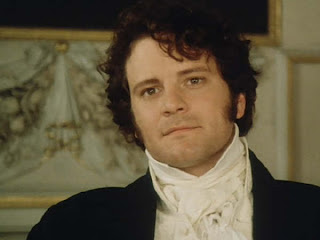 Colin Firth was the same age as Brandon when he played Darcy . . . 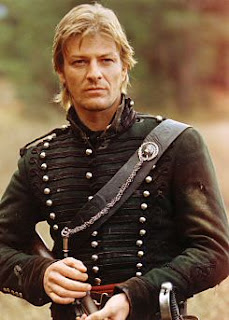 Oh, sorry, I was sitting here so long looking at the nice photos, I forgot what I was going to say.

In fact, I think that Brandon and Sharpe would have had a lot in common.

Fabulous photos, Mandy. Colin Firth was the definitive Darcy for me, and Alan Rickman was a superb Brandon in Emma Thompson's screenplay of Sense and Sensibility.

Sean Bean would be fabulous in anything - as long as britches and boots are invlved:-)
Fenella Miller

He would make a good Brandon, but then it would be incomprehensible why Marianne prefers Willoughby.

Except if you cast Ioan Gruffud, then she might perhaps be excused. :)