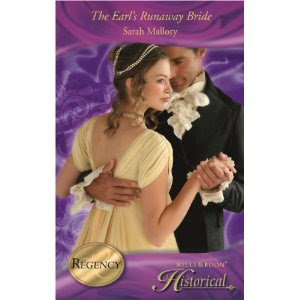 THE EARL's RUNAWAY BRIDE has garnered some wonderful reviews recently on the Romance Junkies and Cataromance blogs, and I am thrilled at the reception it has received. This book started (as most books do) from a tiny germ of an idea, when I was following the route of the British Army as it retreated from the French across the mountains of northern Spain.

Sir John Moore had taken command of the British forces in the Peninsula in 1808 and set about harrying the French troops, all 200,000 of them with Napoleon at their head (very brave when he had only about 23,000 men!) He drew them northwards and retreated to Corunna and Vigo where the British Navy was waiting (he hoped) to carry his army to safety. Napoleon sent a significant proportion of his army to chase the British across the mountains to the sea, hoping to destroy the British Army once and for all. Moore stayed one step ahead of the French and he established himself in Corunna, but the French were too close and he knew he would have to fight them if the British ships were to reach the harbour safely. Moore was fatally wounded during the battle in January 1809 but he remained conscious for several hours (and must have suffered horrendously, having been struck by a cannon shot that "broke his ribs, his arm, lacerated his shoulder and the whole of his left side and lungs.") He lived long enough to know that the battle had been won.

He was buried in the ramparts of the town, wrapped in a military cloak and is still revered by the people of Corunna as a saviour – the photo shows Moore's Monument during the Bicentennial celebrations in January 2009 and the second photo below shows some of the re-enactors who attended the ceremony. 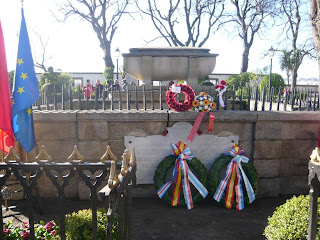 I found the whole of this tour from Portugal northwards through Spain, following the army's route, incredibly moving and there are so many exciting stories still to tell about this period of the Pensinular War, like the dumping of the government chest – a vast fortune was pushed over the side of a ravine to prevent it falling into French hands – and the tales of how the people of Corunna stood and watched in sympathy as the British soldiers, ragged and starving, marched into the town to make their stand against the French. The British had not behaved particularly well towards the Spanish people during their retreat and there were tales of looting and pillage, but the people of Corunna fought bravely beside the British troops to fight off the French long enough for the British ships to evacuate the army, and it is said that while the British were marching their troops through the town to the harbour during the night, the townspeople put candles and lamps in their windows to light their way. 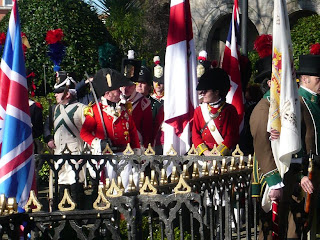 Very little of this is mentioned in the Earl's Runaway Bride, but it provides a wonderfully strong back-drop for the story. I am very grateful to Ian Fletcher for his wonderful tour (http://www.ifbt.co.uk/) - it has given me ideas for any number of new stories about this fascinating place. All I need now is the time to write them....

Sarah Mallory
Posted by Historical Romance Author at 10:13 AM

I really enjoyed 'The Earl's Runaway Bride'. Major Nathan Carraway is a charismatic hero with a difficult past he needs to come to terms with. Felicity, his runaway wife, is just the right foil for Nathan: spirited, beautiful and determined to make a life for herself - away from Nathan, if she must. And, as it looks as though he is in love with someone else, she might well have to ....

Thanks Elizabeth - would you like to write my blurbs from now on? (vbg)

Seriously, I loved writing this book - I like my heroes and heroines to be friends as well as lovers, more chance of a Happy Ever After!

I did a book that starts at Corunna ("Laura") a few years ago and when I did the research and learned about the march and the battle at the end, I cried buckets. Couldn't go on.
I have really, really got to find time to read this one.

I understand your distress, Lynne. Some things never change.

One of the hotels we stayed in was an old castle that had been comandeered by the British during their retreat to Corunna. It was very cold and the soldiers burned all the wooden furniture, doors etc. to keep warm. Have to say it has been beautifully renovated and is now heated so we didn't have to resort to such tactics :-)