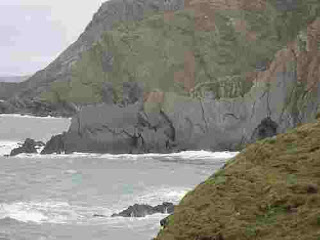 This month, I'm delighted to introduce as guest blogger Julia Justiss, author of the third in the Regency Silk & Scandal continuity. Julia's book, The Smuggler & the Society Bride, takes the disgraced Lady Honoria Carlow and plunges her into the midst of danger when she is exiled to a remote Cornish village. Here Julia shares some of her research into the legends of Cornish smugglers. Over to you, Julia!
An area that for more than two centuries was synonymous with a dangerous, illicit trade generates many myths and legends. As I discovered when I researched the background of the smuggling coast of Cornwall, locale for THE SMUGGLER AND THE SOCIETY BRIDE, even place names whisper of its smuggling past. 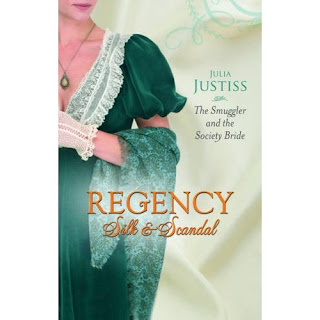 Pepper Cover, north of Porthcothan, was named for the boatloads of the spice that used to be landed there. North of Hayle, the coast road to Portreath passes Ralph’s Cupboard, where openings in the rock were used to store contraband. Hayle itself was also a landing point; tourists can visit a house, once a youth hostel, in which a sloping trench leads from the ground floor down to an arched tunnel that runs north toward the coast.

At Lelant, an old granite cottage (now a private home) used in the 19th century as a “kiddlewink” (beershop) had a cave excavated beside it for storing contraband, and it’s said the church at Lelant itself was used to store illegal spirits.

Perhaps because they would be less likely to be searched by zealous revenue agents, churches were sometimes put to use in the trade (with or without the knowledge of the local vicar.) South of Mylor, at Penrhyn, local legend claims that a tunnel led from the coast into St Gluvias' Vicarage. At Gunwalloe, caves along the beach were said to be linked by a tunnel leading to the belfry of a local church. 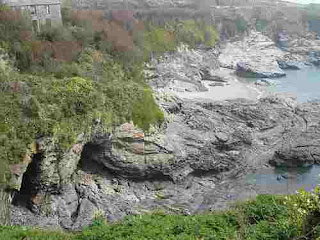 Mullion Cove in Mounts Bay was another favorite landing place. In fact, it’s said that the area residents were once so incensed when a government brig captured the cargo of a local smuggler that they raided the armoury at Trenance, opened fire on the brig, and recovered the smuggler’s illegal goods!

It wasn’t the only attack. At Prussia Cove, one member of the famous Carter smuggling family set up a small battery of cannons on the cliff to warn off revenuers; on one occasion, he fired on a cutter when it approached too close to his storage sites. 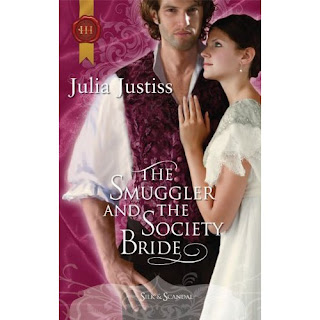 Caves were the most popular hiding places, but farms and outbuildings were also used, sometimes with “false walls” behind which contraband was concealed. The sunken road leading to Penpol Farm at Sunset Creek near Truro made that farm, with its caves and woods, a favorite haunt of area smugglers.

Reverend Hawker, vicar of Morwenstow, wrote many tales about the smuggling in his parish. One tells of the “Gauger’s Pocket” at Tidnacombe Cross, on the edge of the moor near the sea. Into this crevice, overgrown with moss and lichen and sealed by a moveable piece of rock, smugglers would drop a bag of gold for the local revenue agent in exchange for his cooperation in “keeping the coast quiet” during their run. (The picture on the right is of Morwentstow church seen from the sea.) 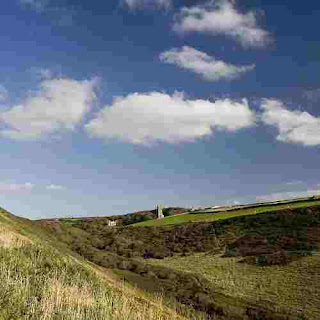 Near Padstow, another tale claims a farmer carrying goods inland, spotting a distant exciseman approaching, lifted a nearby gatepost from its socket, dropped the brandy tub into the hole, replaced the gate and greeted the king’s agent cheerfully when he passed by a few minutes later.

For more tales of Cornish smuggling, see http://www.timetravel-britain.com/articles/country/smugglers.shtml and the Smuggling Museum in Polperro: http://www.polperro.org/museum.html

I’ve always loved stories and legends (any wonder why I became a writer?) In Annapolis, where I grew up, there were several colonial-period houses with resident ghosts. My favorite has a mischievous spirit who, after the family were seated for dinner, would make a noise at the front of the house; when the family rushed out to investigate, he would blow out the candles in the dining room.

Are there any legends or tall tales associated with your area or home town? Houses where things go “bump in the night” or notorious deeds were done? Please share!
Read more about The Smuggler & the Society Bride at Julia's website www.juliajustiss.com/
Louise Allen
Posted by Historical Romance Author at 5:00 AM

Welcome, Julia, and thank you for a fascinating blog! I love all the old smuggling tales and whenever I read them I wish I lived closer to the sea.

Around here there is a story of a secret passageway cut through the chalk downs connecting Ashdown House with another house a half mile away. It is supposed to be big enough to lead a horse through. I have no idea what it was used for but I am sure I could think of a purpose and incorporate it into a story one day!

I've been enjoying the Regency Silk and Scandal series very much!

Lovely post, Julia. Cornwall is such a romantic county, isn't it? Up here on the Pennines it's more about dark satanic mills than smugglers, but we do have the Cragg Vale Coiners - the gang clipped edges off gold coins to make new ones (not quite so romantic as smuggling but I might use it one day)!

Fascinating, Nicola. Perhaps the passageway was used to spirit away Royalists during the Civil War? A long-standing illicit love affair between the lord of one manor and lady of another? It does spark the imagination.

How enterprising of the counterfeiters, Sarah! The bit chipped off the gold coin would be small enough that the "master" coin could still be used, but with enough chips, you can generate new coins. (Gives a whole new meaning to the phrase "new money.") That does deserve being incorporated into a plot sometime.

Nicola, I'm delighted that you are enjoying RS&S. Louise got everything off to a great start and I've been enjoying each story since. Though, alas, I wasn't quick enough to snag a set of the series from the M&B website before it sold out, so I'm having to wait to read them one by one as they come out. Participating in the miniseries was the most fun I've had writing, so I hope it will do well and M&B will decide to do more of them.

Thanks, ladies, for stopping by.

I love Cornwall, Julia, and reading your blog has made me want to visit there again.

As for ghostly legends there is a ruined thirteenth century castle not so far away, the original owner of which was said to have sold his soul to the devil in exchange for a magic bridle. The story also tells of a secret passageway running from the castle all the way down to the sea. All very exciting.

Very much looking forward to reading your book.

Margaret, how romantic! Maybe you can work some paranormal elements in your next book?

Can't wait to read about Wolf, your hunky hero of RS&S Book 6, Unlacing the Innocent Miss!

My home is at Mylor, two miles from Penryn (no h in the spelling) and have lived here nearly all my life. I know how fortunate I am. There is no more inspirational place for a writer to live. So many story ideas, so little time!