If you have invaded Spain and Portugal, as Napoleon did in 1810, you must control the port of Lisbon. Unfortunately for him, Wellington and his army had landed there in 1808 and built the formidable lines of Torres Vedras to defend his supply base. His aim: to expel the French from Spain. 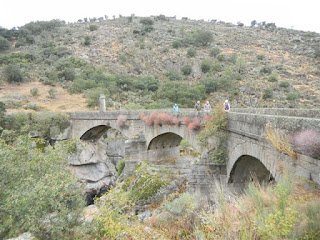 In July 1810, Napoleon sent General Massena and 70,000 troops into Spain with instructions to capture Lisbon. Massena chose the northern, most accessible, route, defended by two forts; Ciudad Rodrigo on the Spanish side and Almeida on the Portuguese. Almeida defended the crucial narrow bridge over the River Coa.

The British and Portuguese contingent, under General Robert Craufurd, comprised 33,000 troops. With so few men, Craufurd knew he couldn’t stop the French from taking the forts; however, he could delay their surrender and tie up the French army which would give Wellington a breathing space.

On July 24th, the French, under Marshal Ney, attacked Craufurd’s Light Division at the River Coa and drove them back. They then began to dig siege works around Almeida itself. Inside Almeida, the British and Portuguese were busy removing anything of use to the enemy. Unfortunately, a stray spark accidentally blew up the powder magazine in the castle and ‘instantly ignited 150,000 pounds of gunpowder and over a million cartridges.’ 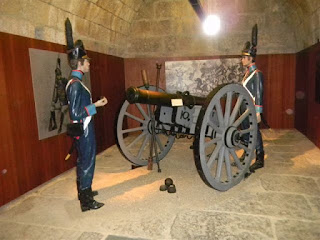 As one French eyewitness wrote: ‘It was like the bursting of a volcano – something I can never forget after over twenty years. Enormous blocks of stone were hurled into our trenches where they killed and wounded some of our men. Heavy guns were lifted from the ramparts and hurled down far outside them…’

When the smoke cleared, the centre of Almeida had disappeared and the fort surrendered two days later. The British and Portuguese troops had no option but to retreat back towards Lisbon. They were followed by the French, but the lines of Torres Vedras held firm, and disease and starvation cost Massena the lives of 20,000 men before he finally retreated back to Spain. 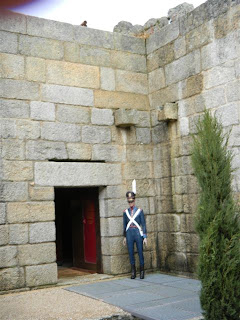 By the spring of 1811, Massena had managed to re-equip his men and now had 42,000 infantry, 4,600 cavalry and 38 guns at his command. On May 2nd 1811, he marched out of Ciudad Rodrigo, determined to relieve Almeida which, though nominally in the hands of the French, was now being besieged by the Spanish.

Wellington was ready for them – and determined. He needed to secure both Almeida and Ciudad Rodrigo before he could turn his attention to Badajoz and Elvas, forts which controlled the southern route to Lisbon. The battle of Fuentes de Onoro, just outside Almeida, raged from May 2nd-5th. Captain John Kincaid was there and describes: ‘the successive rattle of artillery, the wild hurrah of charging squadrons, and the repulsing volley of musketry.’  The battle was fierce and bloody, but Almeida was relieved and Massena’s attempts to drive the British into the sea were effectively over. 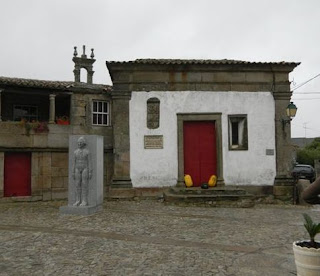 So, why am I looking at Almeida, a comparatively unimportant place, in such detail? Islington, where I live, is mainly Regency and a number of street names commemorate the Napoleonic Wars. There is Copenhagen Street, for example, named after the naval battle of Copenhagen (1801), Waterloo Terrace – and Almeida Street. Today is May 5th, when, 202 years ago, British and Portuguese forces retook the fort of Almeida and thus paved the way for Wellington’s more famous victories, eventually leading to Napoleon’s downfall. It’s worth commemorating.


Posted by Historical Romance Author at 10:06 AM

I agree, Fenella. He was actually at the battle of Fuentes de Onoro in 'Sharpe's Battle'!

I so enjoyed your post, Elizabeth.
While I was reading it characters were forming in my mind: men and women from both sides and different levels of society, drawn together by the war, separated by loyalties.

You're right, Jane. For me, it's the conflict of loyalties thing which really appeals: He is a Cavalier, she comes from a Puritan background - and they have to work it out. I love it!

Thank you for sharing.
This is a good place.

To Backpacks: Thank you for dropping in. I went on a Peninsular War tour a year or so ago with Colonel Peter Knox who showed us round the battlefields and explained tactics and so on. I'm pleased you enjoyed my post.