Walking Through a Regency Landscape - Sheringham Park and Humphrey Repton

I’m lucky enough to live close to one of Humphry Repton’s finest landscapes at on the coast and last week I went for a long walk in the grounds, admiring what is still very much a Regency landscape. 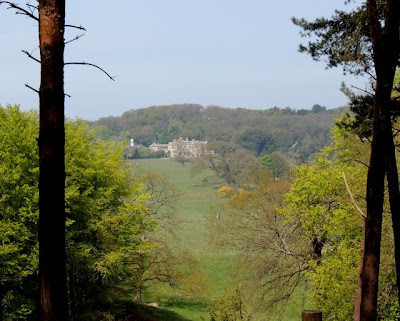 Repton (1752-1818) was born and bred in but had a career as a landscape architect that took him all over the country. He was involved at Wimpole Hall in Cambridgeshire and “appears” off-stage, as it were, in my novel Regency Rumours: Scandal Comes to Wimpole Hall which is out in August in the (September US).


Repton was involved in the government’s search for an estate to bestow on Lord Nelson’s brother, to accompany a peerage to be given him in commemoration of Nelson’s achievements. He heard that was for sale and suggested it, but the absence of a house ruled it out. However, when he heard that the estate had been sold to Mr Abbott Upcher by Mr Cook Flower (unusual names seem to feature largely in this story!) he approached Upcher with the suggestion that he design a house and landscape the park. 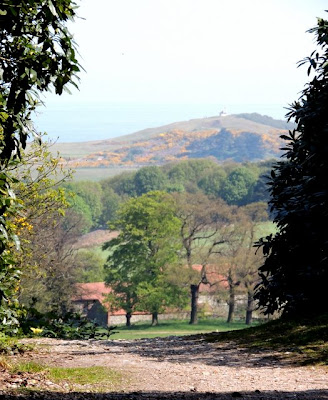 In July 1812, after spending an intensive five days on the spot, Repton produced one of his famous Red Books for the estate, covering not only the landscape of the park, but designs for a house and ideas for the village and estate cottages.


The Upchers favoured the locality because of its healthful sea air, but it was also on ’s vulnerable frontline in the French wars. The towering modern gazebo on top of the hill behind the house is on the site of a look-out tower from where the ocean could be scanned for French warships. In 1814 Upcher commemorated the victory against the French with a reservoir and water pump in the centre of the village. 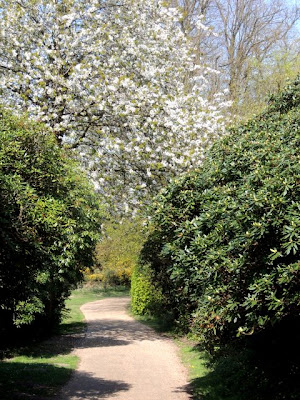 Repton’s plans for the estate took advantage of the existing fine woodland and the hills, valleys and sloping fields, the result of its location on a glacial terminal moraine. Under his direction the Upchers planted more trees and carefully planned vistas were opened up to create the naturalistic, romantic, yet civilised, landscape so fashionable at the time.


I love the location so much that I used it as the setting for the third in my Shelley Sisters trilogy, Innocent Courtesan to Adventurer’s Bride. (Available on Kindle). 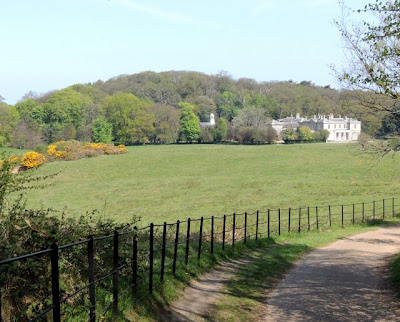 Now, as then, we approach the house down a very long carriage drive from the heights of the Cromer road. It winds down through the woodland with one spectacular glimpse of the sea to wet our appetite, before a turn in the road reveals the house, nestling against the wooded hill that shields it from the ocean. Everywhere through the park there are set-piece views so that the Upchers and their guests could walk or drive, picnic or sketch with a pleasing prospect before them. Not all of Repton’s suggestions were adopted immediately – it took until the 1970s before the Upcher family erected the , for example – but the essential design is very clear. 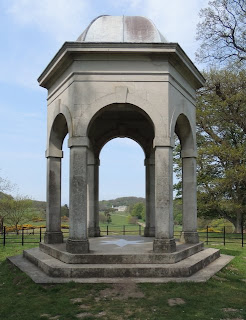 If you are in the area now, and for the next few weeks, the spectacular rhododendron and azalea collection begun by Victorian Upchers is coming into flower and makes the park even more spectacular.
Louise Allen
Posted by Louise Allen at 5:00 AM

This sounds lovely - I shall add it to the list of places I want to see!

I think Repton is also alluded to in Tom Stoppard's Arcadia - the Landscape architect Noakes reminded me of him, with his before and after pictures.

One tiny typo/spell checker -"wet" should be "whet" in "whet your appetite".

What an amazing place, Louise. I was surprised to see how hilly it was; somehow, I'd assumed that north Norfolk was flat.

I love the fact that the Upchers didn't get round to building Repton's temple until the 1970s!

Stunning photos - would love to visit.