An update from Linda.
Mary's Sacrifice was recently in amazon's top one hundred historical; it got ti 19 but was mostly around mid-list 30's/40's.  I have now put up Captain Havers story, another short  fun novella.

On the Anne herries front His Unusual Governess was out in April and a new Crusader book is coming out in September - wonderful cover. 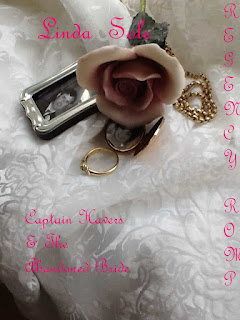 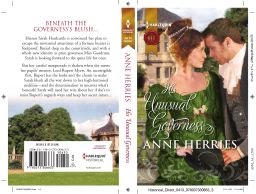 George’s thoughts were suspended as he saw a white satin shoe lying by the roadside. Slowing his horses, he instructed his tiger to get down and pick it up. The lad did so and George frowned as he saw the heel had snapped.


‘I wonder what happened to the lady it belonged to…?’ he murmured.

‘Lor, guv, there’s another,’ the tiger said and sprinted a few yards ahead. He picked up the matching shoe and brought it back. ‘This one ain’t damaged, captain.’

‘No. Keep your eye out, Jed,’ George said. ‘’Tis mighty strange…what’s that?’

The tiger looked round and then darted to the side of the road and snatched up a posy of pink rosebuds.

‘I reckon as it’s a weddin’ bouquet,’ Jed said, hopping back into the phaeton. ‘What do you think happened?’

‘I have no idea, but a posy and white satin shoes sounds very like a bride. I wonder…Good grief, I think that must be her…’

A short distance ahead, a young woman in a state of dishevelment was sitting on a grassy hummock by the roadside. Her white bonnet had been discarded and lay on the ground at her side, and her long dark hair had tumbled free and looked wind-tossed. Her gown of white silk sewn with tiny pink rosebuds and pearls was clearly special and intended for a wedding, and, as she looked up, George saw that her lovely face was streaked with tears. She was quite obviously in some distress.

Pulling his horses to a gentle halt, he got down and approached her.

‘I’ve run away,’ she said and sniffed. ‘Archie left me waiting at the altar for an hour before…before he sent a note to say he wasn’t coming.’ A tear trickled down her cheek but she dashed it away. ‘I didn’t wait to read it. Everyone was being so kind to me but I could see they were laughing behind their fans and I couldn’t stand it – so I ran away.’

‘Yes, I do understand,’ George said sympathetically. ‘That was most unpleasant for you – did your fiancé say why he’d changed his mind?’

He sat down on the hummock beside her, ignoring the thought of possible grass stains to his pale dove breeches. She gave an audible sniff. George presented her with his handkerchief and she took it, blowing her nose and wiping her cheeks.

‘I do not know for I did not read the letter…but he must have changed his mind. His mama and my father made the match between them when we were children…’ She gave a wail of despair. ‘Why couldn’t he tell me if he did not wish to wed me? Why did he have to let my father arrange all this and then just run off?’

‘Because he is a coward?’ George suggested, shaking his head when she tried to return his soggy kerchief. ‘It was a despicable thing to do. You have the right to be angry.’

‘I wouldn’t have minded quite so much…though I’ve always loved him,’ she declared. ‘If he’d explained…told me that he didn’t love me…’

‘I feel such an idiot because I was taken in – and Miranda will gloat because she didn’t like me being the first to marry and she is a year older, of course, besides being fair and tall.’
'Miranda is?' 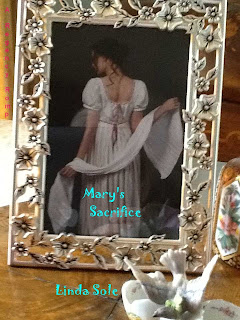 I noticed that the Silverton Scandal is up for free.  I bought and read this book and thoroughly enjoyed it.   Love to all the readers and to my fellow contributors to the blog   Linda Sole/Anne Herries
Posted by Historical Romance Author at 7:50 AM

It is a lovely cover, Linda. I'm only wondering if it will work as a thumbnail? I found the curly writing quite difficult to read even in large. For my ebooks, I always try them at 10% to check that. Mind you, it may be most people will see it large!!
Liz

Yes the writing is difficult to see, Liz. On my computer it looked great, but I must make it bigger in future. it doesn't seem to matter, though - at 21 in Historical Romance and 1022 in kindle store so perople read the blurb and title ton amazon and don;t bother if they can't read it on the cover - but I shall make it stronger next time. Linda