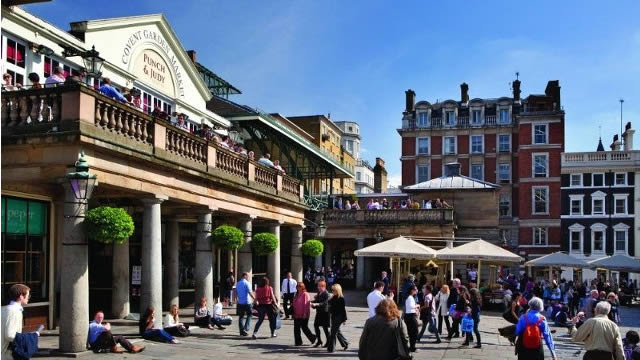 Many of my books feature a very small part of London—Covent Garden and the area around it. I love Covent Garden. These days you can browse among the stalls in the piazza and listen to opera singers busking. The stores in the square and the streets are a mixture of modern chains like Swarovski and Monsoon, and small boutiques. It’s eternally popular, and always thronged with people. Street performers add more fun, and the Transport Museum is right there.
It’s always been that way, since the piazza was built in the seventeenth century. It was intended to be a gracious square to house the rich and high class of London, but very few ever lived there. They were already moving further west, and so the piazza was a bit of a white elephant for a while. Then the market moved in and until the late twentieth century, many Londoners bought their fruit and vegetables in the early morning. When the market was moved out of town, the traders moved in. 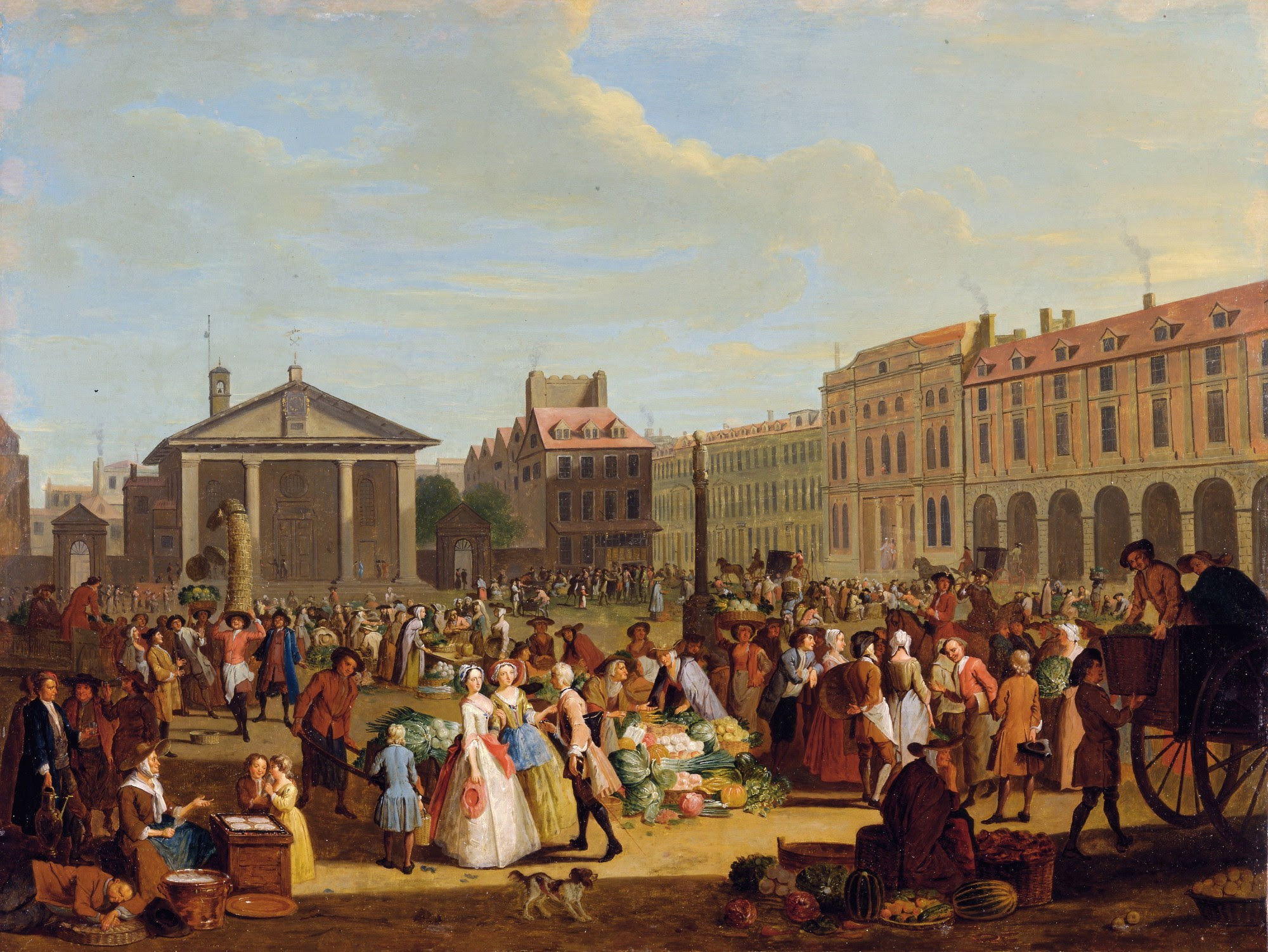 One side of the square is dominated by the Royal Opera House. A few years ago, in its expansion, the megalith that is the opera house demolished the site of Tom’s Coffee House, to make room. Tom’s was always a disreputable place, where prostitutes met their customers, but since Tom King and his wife banned all sexual goings-on in the building, the authorities could never make a prosecution stick.
Covent Garden was the center of the sex trade in London. The houses bordering the square, the streets nearby and the ramshackle stalls that used to line the central building were full of prostitutes, madams, and people who catered to the sex trade, like the condom sellers and the sex toy sellers. But it was still hugely popular with the rich and wealthy. The male half, at any rate.
Anyone thinking that they were staid and respectable in the past, needs to read one of the guides published at the time, or the scurrilous naughty pamphlets, the advertising bills, the accounts of court cases involving the denizens of the place and even “Fanny Hill.” In the days when there was no reliable contraception, they had to get inventive!

I set a scene in “Rogue in Red Velvet” there, and on a visit to London I took masses of photographs of the house I picked to set the scene. My respectable widow heroine, Connie, is drugged and put up for sale at one of the mock-auctions there. Alex is forced to rescue her and then devise a scheme to restore her reputation! It was a great excuse to visit the place again!
Richard and Rose also had dealings there in “Maiden Lane,” which is a narrow street close to the Garden and contains one of the oldest restaurants in London.
Of course, also nearby you can find Drury Lane Theatre and Bow Street Magistrate’s Court. Further north was the “rookery” of Seven Dials, where no respectable person ventured, for fear of being stripped, robbed and even murdered, so you had to watch your step!

You can read more about Rogue in Red Velvet here: http://www.kensingtonbooks.com/book.aspx/30512
Posted by lynneconnolly at 6:36 PM

I very much enjoyed this lively post, Lynne. I, too, love Covent Garden. Some years ago, I happened to be there one early morning in January and I saw a lamplighter up his ladder extingushing one of the 200 gas lights still in use in London.

I had no idea there there were any left at all! Maybe they've all gone now.

Want To Boost Your ClickBank Banner Commissions And Traffic?